Shay Logan insists Celtic captain Scott Brown’s arrival as a player-coach at Aberdeen next season did not influence his decision to leave Pittodrie to join Hearts on loan.

The 33-year-old full-back, whose Aberdeen contract expires this summer, joined Hearts on loan until the end of the season just days after the Dons announced they had agreed a deal to sign Brown as a player-coach.

In 2014, Brown defended then-Celtic team-mate Aleksandar Tonev after he was accused by Logan of directing racist language towards him during a match between Celtic and Aberdeen in the same year.

“We all stick by him. We know he didn’t say it so I think that’s the main thing and all the lads in that dressing room believe him,” Brown said in defence of his team-mate. 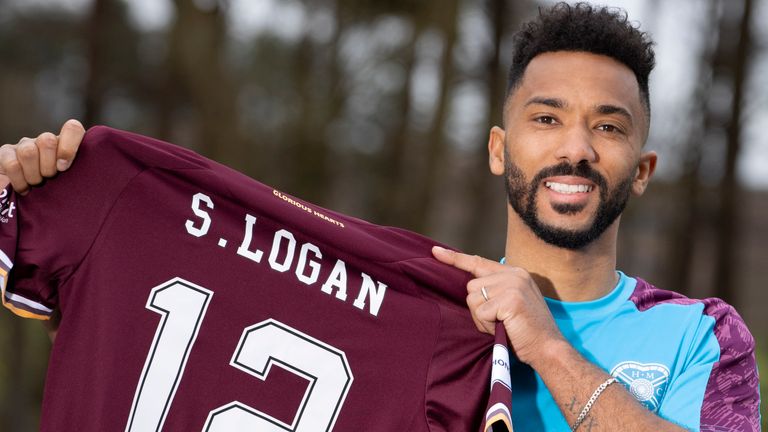 The Bulgaria international was later found guilty of using “abusive language of racist nature” towards Logan and was subsequently banned for seven games.

Logan laughed off the suggestion his Aberdeen exit was influenced by Brown’s move, saying: “When it comes to incidents, on the pitch you have stuff with all sorts of players.

“I’ve not got a personal vendetta against Scott Brown, I don’t think he has one against me. Him coming to Aberdeen has nothing at all to do with me leaving, my contract is up.

“I only judge people off what I have seen and come across, so we’ve had a bit of ‘argy bargy’ on the pitch, and it stays on the pitch.

“Anything else to do with what people might be saying around him backing Tonev – I’ve left that all in the past. It doesn’t bother me now, it’s so far gone. I only ever think about it when someone brings it up. It has nothing to do with me leaving Aberdeen.”

‘Kamara knows what was said to him’

Logan says he sees similarities between his experience with Tonev and the alleged racist abuse of Glen Kamara during Rangers’ Europa League match against Slavia Prague on March 18.

Slavia deny the allegations and say there has been “biased pressure on UEFA and police officials” during ongoing investigations.

Logan says he would never accuse a fellow professional of racist abuse if he was unsure over what he heard.

“It shouldn’t happen in 2021. It should not happen. If it is happening and it is alleged, people still think Tonev’s was alleged. I know what was said to me and Glen knows what was said to him,” he continued.

“I would never try to ruin or hurt somebody’s football career for just swearing at me, for something that can just be brushed aside.

“For me, I only ever spoke about it because I thought I shouldn’t have to go onto a football pitch where that can be said.”