Jonathan Oakes is joined by pundit Don Goodman and commentator Daniel Mann to discuss all the latest from the Championship, League One and League Two.

The panel assess Norwich’s promotion, all the weekend’s action and hear from Barnsley sensation Daryl Dike in Ten To Tackle, as he answers our quickfire questions.

All leagues and angles were covered in this week’s show, but here are some of the main talking points… Norwich have sealed their immediate return to the Premier League, even with four games left to play, and they could go on to win the Championship title if they beat Watford on Tuesday night. It’s been a hugely successful campaign for Daniel Farke’s side.

Goodman: “It’s been even better [than their last promotion] and that’s all thanks to the model they have at the club, the plans they have laid down, and their refusal to get drawn into a short-term outlook after their relegation. They have to be congratulated for that, and the way they have gone about it.

“They develop young players, their recruitment policy has been exceptional and they’ve stayed patient with the coach. I think a lot of Championship clubs would have sacked Daniel Farke before he’d even had the chance to fully turn things around when he first came in.”

Is it Derby or Rotherham to go down? 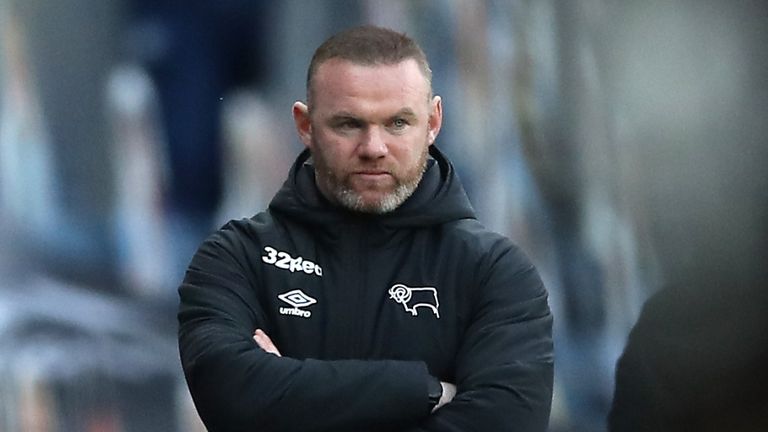 No club has yet been relegated from the Championship, but with Wycombe and Sheffield Wednesday slipping closer to the trapdoor, it looks as though it will be those two and one other – and as it stands that seems likely to be Rotherham or Derby, after Coventry, Birmingham and Huddersfield all won at the weekend.

Mann: “It’s been an extraordinary run of fixtures for Rotherham. It is difficult to maintain intensity and that’s clearly where they’ve suffered in this run of games.

“What will encourage them is what appears to be happening at Derby and their run at this stage of the season. We were only talking a few weeks ago about their base of solidity and how it looks like they were doing more than inching their way away from safety. At this stage I would rule nothing out.”

Daryl Dike has been a sensation since joining Barnsley on loan at the start of February, helping inspire their run towards the play-offs. He answered our quickfire questions in Ten To Tackle, and revealed, among other things, who the club he grew up supporting were.

“I like [Didier] Drogba as well. Him and [Romelu] Lukaku are big target No 9s and people I made my game after.” 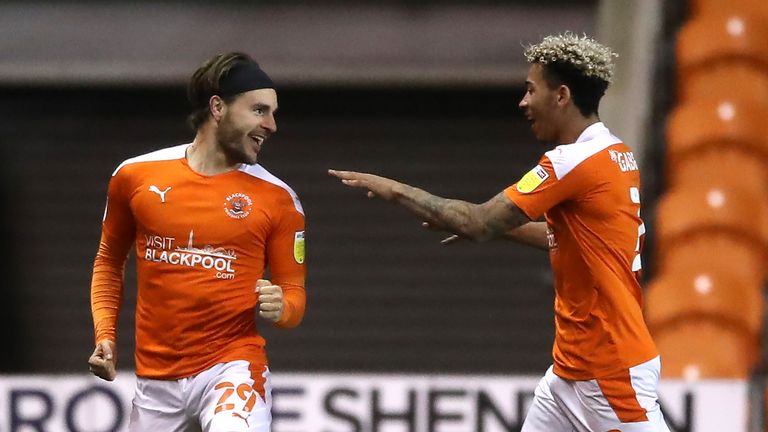 Blackpool are on an unbeaten 16-game run and look the form side in the play-off equation heading into the final few games of the season. It has been a hugely impressive campaign under Neil Critchley, and if they keep going it could well end in promotion.

Goodman: “They are on the most magnificent run. It takes star quality to go unbeaten in 16 games at any level, let alone for a young Blackpool team. In that run you look who they have beaten – Peterborough, Sunderland, Portsmouth, Oxford and Gillingham, maybe that’s where the confidence is coming from.

“One thing they must guard against is they are only three points ahead of seventh place, and one negative result could see them back on the periphery. They can’t afford to drop performance levels, but momentum counts hugely at this stage of the season and they have a big few weeks ahead.”

Cambridge on the brink of promotion? It has been a fine campaign for Cambridge United, and with four games to go they appear to be on the cusp of promotion to League One, thanks in part to late win at Newport on Saturday. They are now five points clear of fourth place.

Mann: “They’ve still got some interesting games coming up against teams with plenty to play for, looking at the bottom of the table and Leyton Orient who are still chasing the play-offs.

“But with that result at Newport they appear to have made a decisive step forwards.”