Ole Gunnar Solskjaer has hit out at the Premier League’s decision to encourage officials to be more lenient and Southampton’s approach after Manchester United were held to a 1-1 draw at St Mary’s.

United manager Solskjaer likened the change in dealing with fouls and contact to going from playing volleyball or basketball last season to rugby this term.

United were frustrated when Jack Stephens’ challenge on Bruno Fernandes in the build-up to Southampton’s opener went unpunished by referee Craig Pawson. 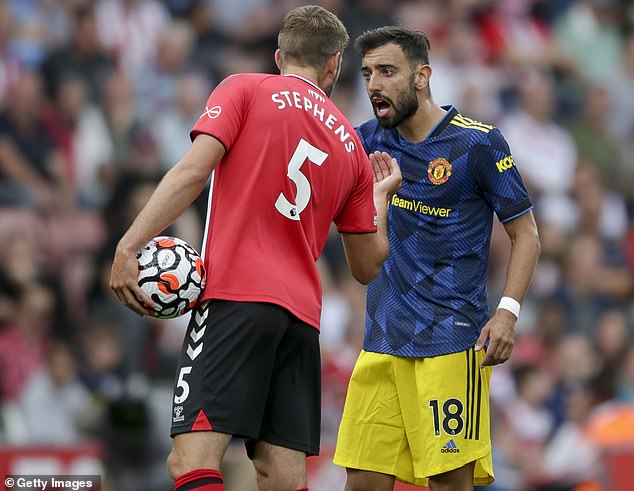 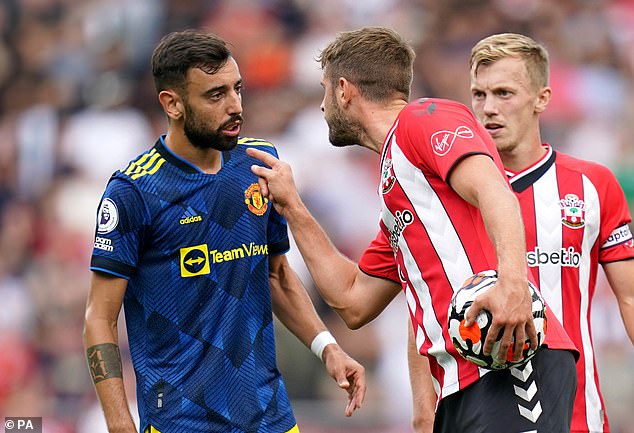 Solskjaer said: ‘We should do better. If you don’t get a foul, we should make sure we block the shot, put your body on the line and make sure they don’t get a strike on target.

‘That being said, it’s a foul. He goes straight through Bruno with his own hip and arm across him.

‘I’m a bit… not worried, but we have to look at it because we can’t go from one extreme – volleyball or basketball from last year – and go into rugby now.

‘I liked the more lenient way: it’s more men’s football but still it’s basically a foul. You can see early on, with the fans, it gets the crowd going when you fly into tackles and we did suffer a few tackles. That was part of their thinking early on, it looked like.’ 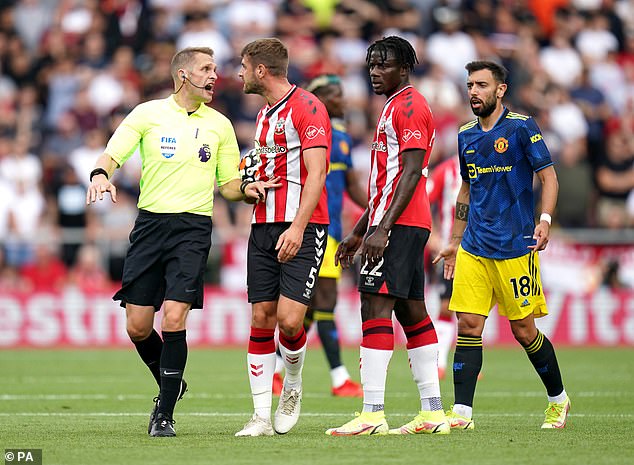 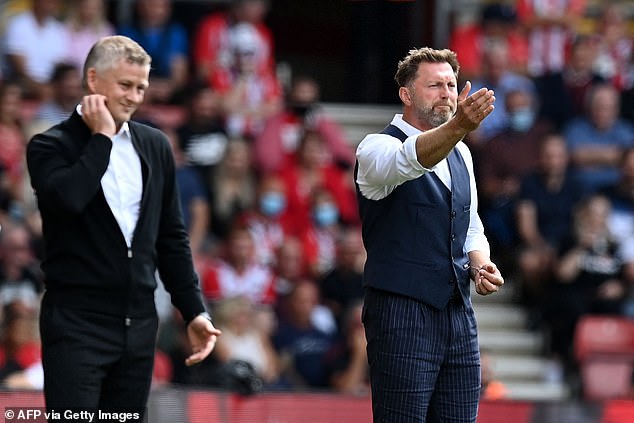 Southampton boss Ralph Hasenhuttl said: ‘I was always a big fan of letting things run and this is the Premier League – what can I say?

‘In this moment we have been the team that has gained the benefit for an aggressive attack.

‘Because we play a very pressing style, I’m always happy when not every single touch is immediately a foul. People always say this is what the Premier League was famous for, for a long time.’

Southampton went ahead through a Fred own goal,after Che Adams’ off-target shot found the net via a deflection off the Brazilian. 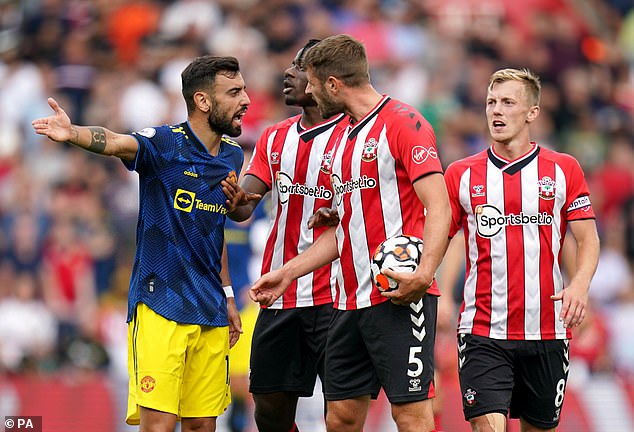 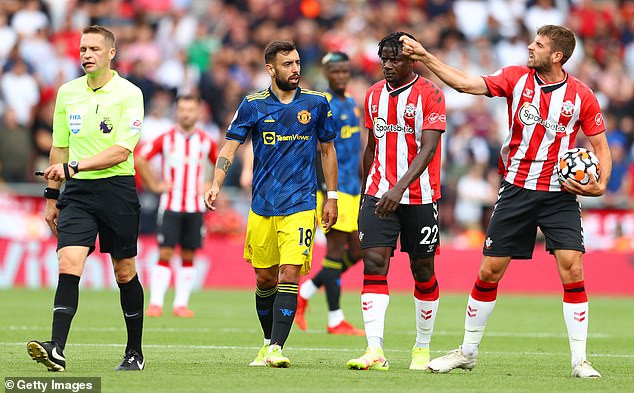 Mason Greenwood levelled for United after the break with his second goal of the season but Southampton steadied themselves after conceding to earn their first point of the campaign.

Meanwhile, Southampton have pledged to refund affected supporters after hundreds were left stuck outside and unable to get into St Mary’s in time for kick-off.

Technical issues with the new turnstile system installed during the summer led to delays.

Southampton have apologised to their fans and launched ‘a full investigation into these issues.’