A stunning volley from Oriol Romeu helped Southampton to a 2-0 Premier League win against West Brom, scoring with his first touch in the opposition box this season.

The midfielder – who had not scored in 43 games – doubled the Saints’ lead in the 69th minute when he fired a powerful volley home, taking his goal tally for the club to six in some style.

Southampton were dominant in the first half and went ahead just before the break through Moussa Djenepo’s low strike (41), his first home goal for the club. West Brom were improved in the first 20 minutes after half-time, but the Saints’ quality shone through for an ultimately comfortable win.

It is a second successive Premier League win and clean sheet for Southampton, sending them into 10th in the table. West Brom’s were unable to capitalise on their 3-3 draw with Chelsea last season as their wait for a first victory back in the top flight continues, leaving them in 17th. 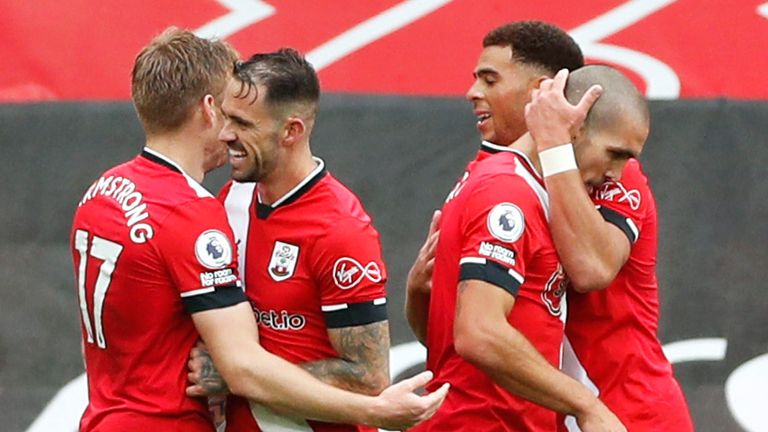 Southampton dominated the first half chances with West Brom goalkeeper Sam Johnstone demonstrating his importance inside five minutes. Stuart Armstrong’s superb diagonal pass cut out much of the Baggies defence to find Ryan Bertrand, but the full-back’s strike was pushed away superbly by a leaping Johnstone. Armstrong was then picked out by Danny Ings on the left of the area, but Dara O’Shea dealt him well as the Scot’s touch headed into the side of the net.

Moments later, Johnstone made two superb reaction saves. Kyle Walker-Peters drove towards the area before attempting to pick out Ings in the area, but Semi Ajayi was ahead of the striker to send the ball towards his goalkeeper, who pushed it away. Che Adams then tried to score from the rebound from point blank range, but Johnstone stuck out a toe to see the ball behind from a corner.

Man of the match: Stuart Armstrong.

The Saints chances and Johnstone saves kept coming as the game reached the half an hour mark. Ings powered a header goalwards after a trademark James Ward-Prowse free kick, but the West Brom goalkeeper got down low to push it away. Adams looked to be through on goal just minutes later, turning sweetly past Romain Sawyers, but his shot went well wide of the post.

Southampton finally made the breakthrough just before the break in another wonderful attacking move. Adams picked up the ball in midfield and drove towards goal, opting to play in Ings rather than shoot himself. The England striker’s cross then bounced off Kyle Bartley before landing nicely for Djenepo, who dummied the West Brom defence before hitting home low through a sea of bodies, beating a blindsided Johnstone.

West Brom clearly had a talking to at half-time and they improved after the break. Almost immediately, Matheus Pereira delivered a wonderful free kick, with O’Shea’s header diverted behind by the elbow of Bertrand. There were calls for handball and, had this game been played last weekend, it may have been given. However, a new Premier League directive this week regarding the implementation of the new handball law meant that nothing was given or reviewed by VAR.

Alex McCarthy’s only save of note came in the 51st minute as West Brom’s period of pressure continued. It was a neat set piece routine from the visitors as Pereira slotted a free kick down the side of a two-man wall for the run of Grady Diangana. His shot was diverted goalwards by Walker-Peters, but the Southampton goalkeeper stuck out a foot to push the effort away. 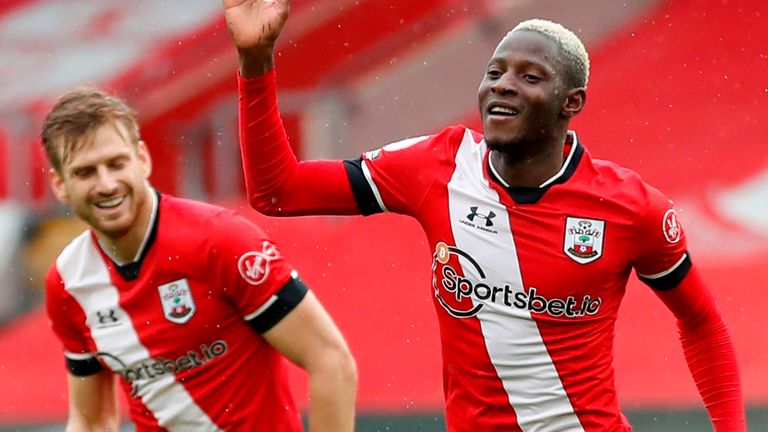 Southampton needed another goal to put them out of sight and it came in sensational style from an unlikely source. A wonderful pass from Nathan Redmond picked out Armstrong, who cut the ball back to the top of the area, Romeu then stormed onto it, smashing a thunderous volley goalwards with his first touch with Johnstone left powerless to stop it.

West Brom could have scored a reply almost instantly, but Pereira’s free kick just bounced too high for Ajayi to connect. From then on, Southampton were back in full control, and could have added a third late on. Ward-Prowse swung another inch-perfect free kick into the area, which grazed the head of Jan Bednarek, but was ultimately pushed over the crossbar by the raised fists of Johnstone as he once again saved West Brom from conceding a 14th goal of the season.

Man of the match – Stuart Armstrong 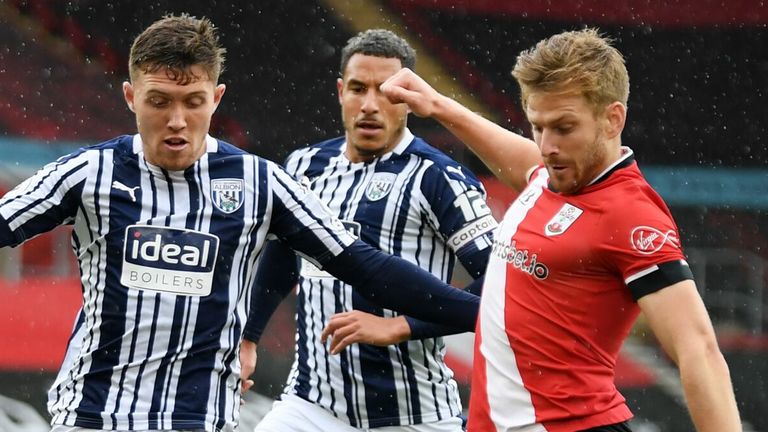 It was a very impressive performance from Armstrong, who seemed to be involved in every bit of attacking play for Southampton. He found himself in good spots to make postive runs, and only a lack of finishing touch from his team-mates early on stopped Saints from taking an earlier lead.

But he did nab his assist for Romeu’s sensational volley – again making a great run down the wing as Redmond’s pass cut out the Baggies defence – and since the start of last season, no Southampton player has made more assists than Armstrong in the Premier League (4 – joint-most along with Redmond). 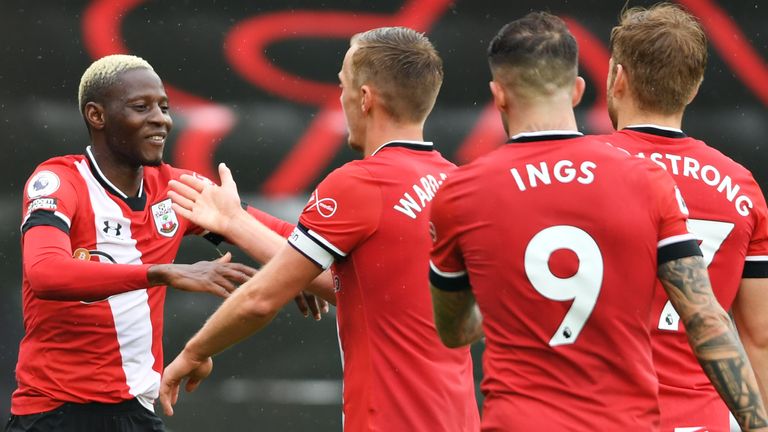 The teams will now have a weekend off for the international break. Both teams return to action on Saturday 17 October at 3pm when Southampton travel to Chelsea and West Brom welcome Burnley to The Hawthorns