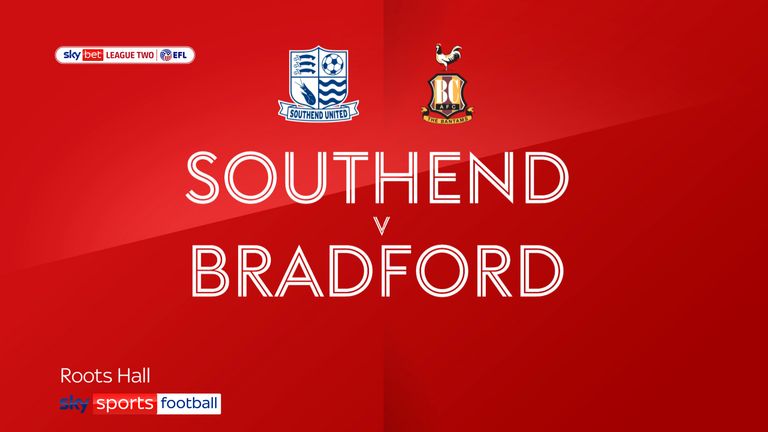 The Bantams are now unbeaten in seven games following the appointment of Mark Trueman and Conor Sellars as joint interim managers.

In-form City went in front after 23 minutes at Roots Hall with Evans firing home after Callum Cooke had been denied by Southend goalkeeper Mark Oxley.

The Shrimpers equalised eight minutes later with defender Elvis Bwomono battling his way through before netting with a low shot which hit the back of the net via the inside of the left post.

The goal was Bwomono’s first since February 2020 but he came close to netting another just before the break as he fired wide of the right post from close range.

After the break, Danny Rowe had two spectacular long-range efforts impressively saved by Oxley before he collected Cooke’s pass to stroke home from 12 yards.

And Evans made sure of the win with a fine finish following another through ball from Cooke.