Spurs star Son set to be ruled out until next month, Conte reveals

Son Heung-min is set to be ruled out until the international break after picking up an injury in Tottenham’s Carabao Cup defeat at Chelsea, reveals Antonio Conte, in a blow to Champions League bid

Antonio Conte has revealed that Tottenham will be without Son Heung-min until after the next international break, after the forward picked up an injury at Chelsea.

Son started in the Carabao Cup semi-final first leg defeat, but it has now been confirmed that he picked up a muscle injury and underwent scans.

As a result, he is now likely to be ruled out until next month, dealing a major blow to Spurs’ push for the Champions League. 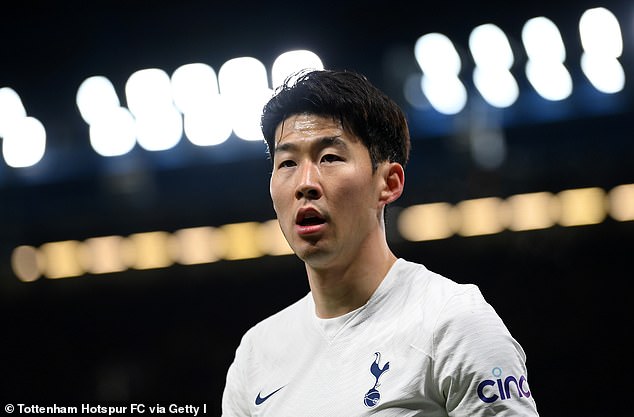 Conte shed light on the injury headache in his pre-match press conference today, ahead of his side’s FA Cup third round tie against Morecambe.

He has confirmed that Son began to feel discomfort the day after the loss.

‘It was a strange situation. Against Chelsea I made two substitutions together, Lucas Moura and Son. Not for injury, but to try to give them 15 minutes of rest,’ Conte said. 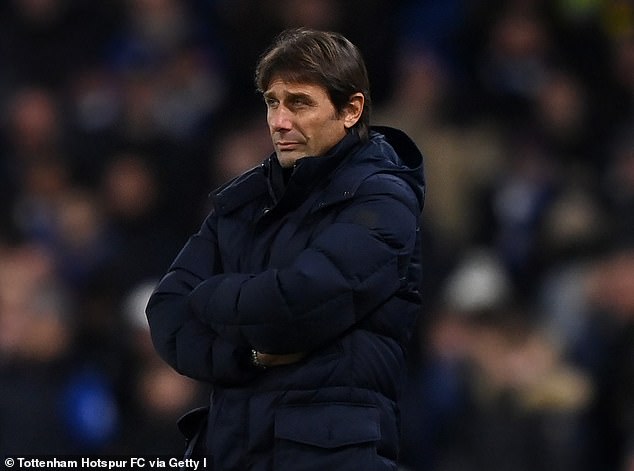 ‘The day after Son felt a bit of pain in his muscle, in his leg and he had a scan. Now we have to make the right evaluations from the doctors. He’s an injury.

‘I don’t know but probably they could stay without training session until the end of this cycle, before the international break.’

Talisman Son was taken off on 79 minutes at Stamford Bridge after a quiet showing.

With Conte expecting him to be absent for the next two weeks, his player would therefore be ruled out until the next pause in top-flight action later this month. 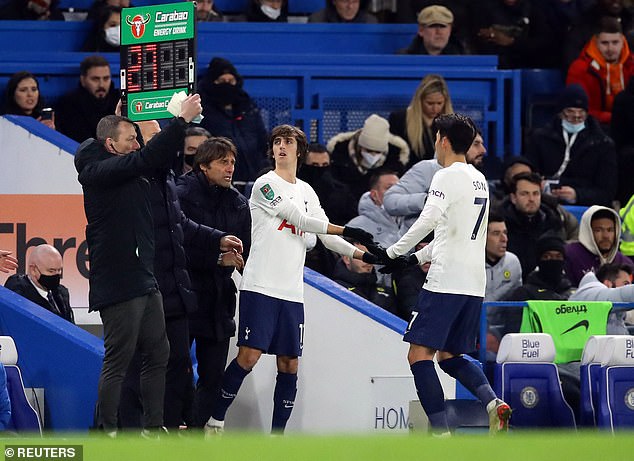 Son was taken off after 79 minutes at Stamford Bridge, and felt muscle discomfort the next day

As a result, he is set to miss crunch clashes against Arsenal and Leicester – as well as the return leg against Chelsea, with a spot at a Wembley final on the line.

Spurs travel to west London to take on the Blues again on January 23, meanwhile, another fixture Son may have to watch from the treatment table.

Sportsmail reported today that the club are hoping to wrap up a £20million deal for Adama Traore from Wolves, a swoop which may be fast-tracked after Son’s injury. 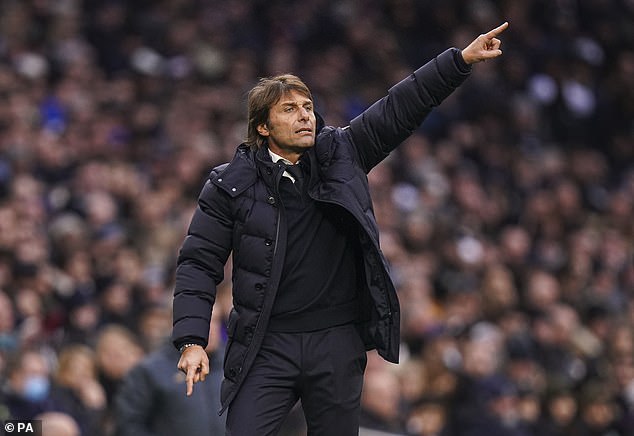 Conte has made an arrival at right wing back a priority this month, and believes that speedster Traore will be capable of filling the position.

It is understood that Wolves are aware of Spurs’ interest, and they are willing to let him leave with Traore entering the last 12 months of his contract.

Sources have indicated to Sportsmail that the possibility of the switch is ‘strong’.