The deal will keep the 36-year-old at the Ibrox club until the summer of 2022.

Davis has been instrumental for Rangers this season, making 40 total appearances, including 29 in the league as the side secured their first title in 10 years.

The Northern Ireland international, now in his second spell with the club, was also a part of the title-winning side that secured Rangers’ most recent title in 2010/11, before he joined Southampton in 2012.

Davis initially re-joined Rangers on a six-month loan in January 2019, and it was made permanent in May that season.

Manager Steven Gerrard told the club’s website: “[Davis] embodies professionalism and continues to set the standards required to be a Rangers player.

“He has been instrumental this year, playing a key role in our league success.

“I am very pleased to have a player with Premier League and international experience on board as we look towards next season.”

Davis said: “It is a privilege to play at Rangers and every game for my boyhood club is special. “Winning [the club’s 55th league title] was a historic moment for all of us and especially for me, as I had always said that I had unfinished business at Ibrox.

“As the manager has said, this is only the beginning and I am proud to continue as a Ranger for another season.” 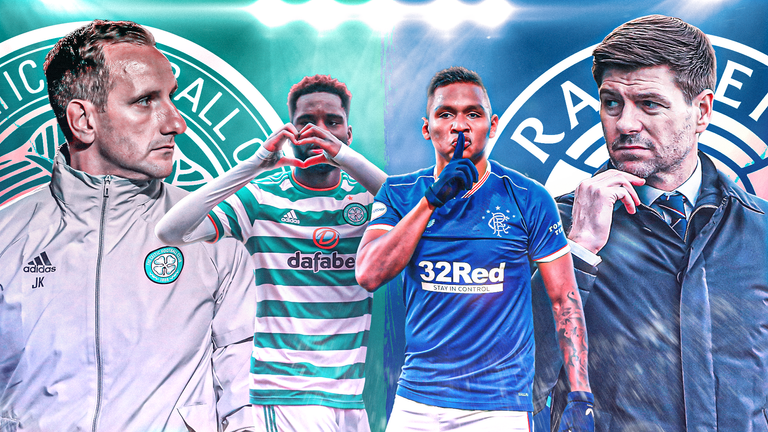 Steven Gerrard’s title-winners may have already ended a decade of Celtic dominance ahead of their trip to Parkhead, but plenty remains at stake for these age-old rivals.

Celtic vs Rangers will be shown live on Sunday on Sky Sports Football and Main Event from 11am; kick-off 12pm. Sky Sports customers can watch in-game clips in the live match blog on the Sky Sports website and app. Highlights will also be published on the Sky Sports digital platforms from 8.30pm on Sunday.