Steven Gerrard says his Rangers players will need to produce a “top-level performance” if they are to make it two wins at Celtic Park in as many seasons.

Gerrard’s men won 2-1 at Celtic last December – their first away win in the Old Firm game since 2010.

They now go into Saturday’s first derby of the new campaign with a one-point lead over their old rivals at the top of the table, albeit with Celtic having a game in hand.

Gerrard said: “It is going to be a tough game.

“That [December] was the first time we managed to get a win there in a very long time, which lets everyone know how difficult the task is – and has been for many years.

“They are a good team, a strong team, but we went there last year with a game-plan and we performed extremely well.

“The players went there with confidence and belief and got the job done.

“We are hoping the players can produce a similar type of performance.”

The game will have to be played behind closed doors due to the coronavirus pandemic, but Gerrard has not considered whether the unusual circumstances might help the away side.

“We are not really focused on there not being any fans there,” he said.

“We are focused on our game plan. 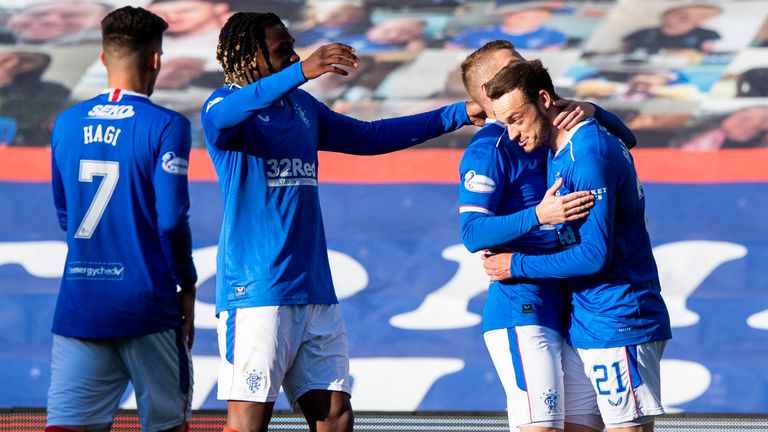 “It has been a unique preparation going into an Old Firm game – not much time on the training ground and players arriving back [from international duty].

“We want the players to go to Celtic Park with belief and confidence – but we certainly won’t be going there over confident just on the back of last year.

“We know it’s going to be a very tough challenge and we need to find a real top-level performance.”

Three Celtic players tested positive for COVD-19 while away with their international teams – and Gerrard says the situation has posed problems for managers around the world.

He said: “It’s very challenging for every club and there’s been a lot of clubs, not just in this league but around Europe, that have had their own challenges from Covid. “When your players leave your bubble you lose control of them, it’s as simple as that.

“You’re hoping the national teams take over that responsibility and keep them safe.

“But a lot of clubs are facing different challenges at the moment. Celtic obviously of late but it’s pretty similar to the challenges we’ve faced for the last month, not having Joe Aribo, not having Kemar Roofe, missing Ryan Jack for three weeks.

“These things happen when you’re managing squads of players and that’s the reason why we try to build squads, so we can cope in these situations.

“All the managers, not just myself and not just Neil [Lennon], are faced with different challenges week to week and you have to cope and get on with it.”