The end of an era, after one of the vintage Champions League ties, and a classically dramatic climax.

This is what the competition is all about. It is no longer about Cristiano Ronaldo, its most frequent champion.

There was a deep symbolism to the ball going under the Portuguese as he turned his back for the fateful goal by the irrepressible Sergio Oliveira. It was one of the few things of note he did in this game, and he won’t do anything else in this season’s competition. Even more pointedly, this 4-4 aggregate elimination to Porto on away goals means it is now virtually certain Ronaldo and Lionel Messi will be out of the Champions League before the quarter-finals for the first time since both have been senior professionals.

That should put a different kind of focus on Andrea Agnelli, after he made more headlines this week with more bad ideas. He should concentrate on running his club rather than trying to run European football, because they have a lot of inefficiencies, that the star signing encapsulates. 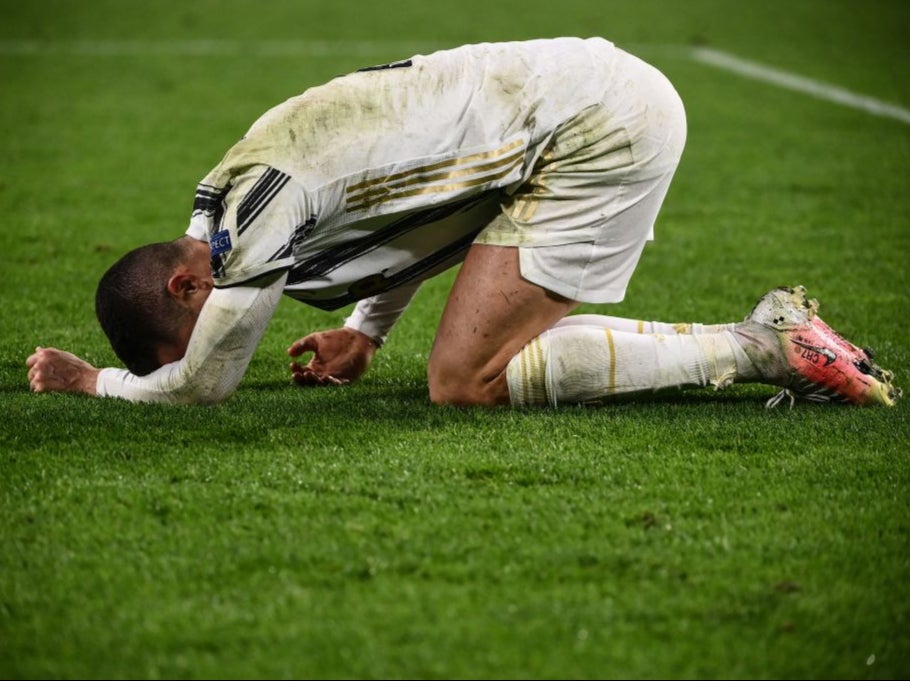 Porto expertly exploited this, for a 3-2 defeat that put them through.

Much of the discussion will surround Ronaldo, Agnelli and Juventus but the praise should be for Porto. Ronaldo’s old teammate Pepe more than won the battle of the Portuguese veterans. He was the best player on the pitch, personifying, defining and firing their sensational resolve.

There had been focus on the fact it was the 17th anniversary of Jose Mourinho’s launch night at Old Trafford, and while it’s premature to talk of Sergio Conceicao in such terms, this will only burnish his growing reputation.

It was a tactical masterclass, that overcame so much drama, as well as a red card for Mehdi Taremi. It would have been all the more frustrating for the forward given he had set it all off, and played his part.

Taremi had been a nuisance for Juventus, having forced a brilliant block from Leonard Bonucci before hitting the bar. It was perhaps no surprise he then forced the penalty, but that was after he had got away from Bonucci to put the pressure on Merih Demiral. The other centre-half didn’t show anything like the nous to deal with him, and was enticed into the softest of fouls, with a naive and needless trip.

Oliveira, who had been so brilliant in bridging Porto’s sturdy defence and speedy attack, put a real gap between the sides with a fine penalty.

Juventus had again struggled against their tenacity. Porto just had such an impressive bloc, and the Italian champions didn’t seem to have the fluency to play through it. Some of that is linked to deeper issues within the team structure, that explain wider problems with their season.

One of them is Ronaldo. At this point of his career, he almost represents a dilemma, especially as regarding how you play. He of course retains the capacity to be utterly devastating when you get him the ball, but the issue is that he and the team need to be positioned a specific way to do that.

It means Pirlo’s side can be very staccato. It also meant that, rather than playing through, they just went around.

It naturally helps when you have a winger who can put in the quality of crosses Juan Cuadrado can, as well as the instinct of Federico Chiesa. 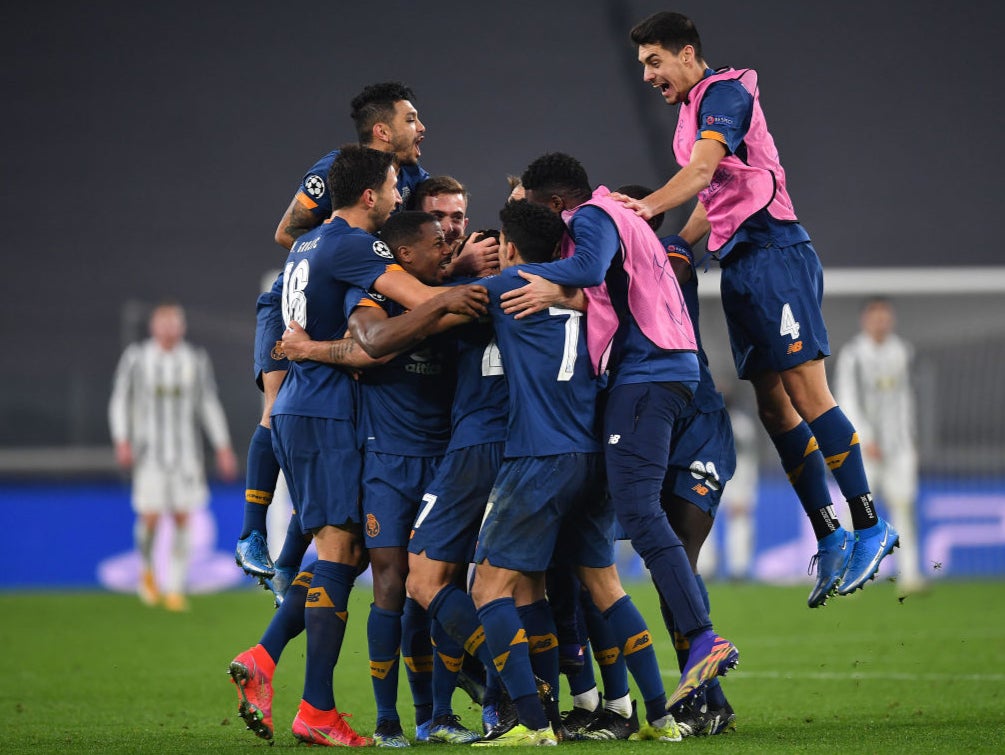 Warning had been served in just the second minute, when he whipped in a brilliant ball for Alvaro Morata, the striker’s straight header bringing brilliant acrobatics from Agustin Marchesin. It wasn’t heeded.

Shortly after half-time, Bonucci lofted it in another high ball, for Ronaldo to show the kind of subtle excellence that comes with experience. The Portuguese timed his run well, before laying the ball off for Chiesa to supply a sublimely perfect finish. It was gorgeous, the ball curving into the top corner.

We had ignition. We also had defiance, as Pepe came to his own. It’s just that defiance was soon undermined by such a needless call, as Taremi was sent off for a second booking for kicking the ball away.

It was so ridiculous that it should have been out of synch with the drama of the occasion, but arguably only enriched it in creating that classic encounter between entrenched defence and energised attack.

This had already been signalled through Pepe’s superb block to deny Chiesa. It was then completely set by the forward’s next fixture. Chiesa was not to be denied. Cuadrado put in another of those balls that just begged to be powered into the net, and the 25-year-old obliged.

The game thereafter continued to entertain. There were so many flashpoints, moments of drama, big chances – and supreme final drama.

Both Ronaldo and Moussa Marega squandered headers when they should have scored. Cuadrado meanwhile deserved to score, smashing the crossbar when he for once decided to curl a shot towards goal rather than trying to find a teammate.

Porto however did supremely to restructure and maintain resilience after the red card. Oliveira then got the goal his display deserved.

The drama still wasn’t finished, as Adrien Rabiot immediately hit one back. It only served to add to the spectacle, and offer an entire era a fittingly spectacular end.

Porto did more than enough. They surpassed themselves, and a much wealthier club. For all Agnelli’s arguments, it is what the Champions League is really about