The dark side of autograph hunters – special report

The dark side of football’s autograph hunters: Professional ‘eBayers’ follow stars’ cars or wait outside homes to cash in on lucrative market – SPECIAL REPORT

The footballer looked in his rear-view mirror. It was still there. The Range Rover, which he had noticed when he left his club’s training ground, remained behind him. He had driven for around 10 miles but the 4×4, with two adults in it, continued to tail him.

The South American player, not long in the country, was alarmed. In a panic, he called his club’s operations director, fearing he was about to be attacked.

The advice was to stay calm, carry on as normal and avoid any interaction. He arrived at home, hurriedly got inside and locked the door. When he emerged hours later, the car had gone. 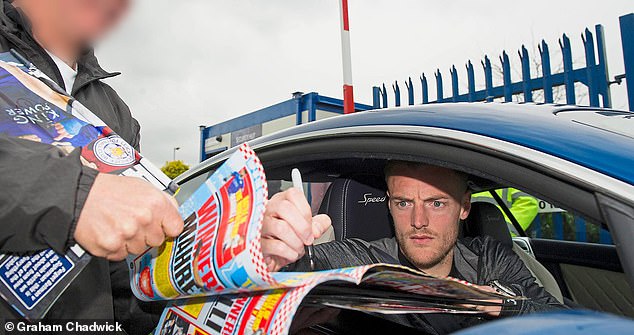 Others have not been so fortunate. Last week, Sportsmail’s Sports Agenda revealed that Manchester United manager Ole Gunnar Solskjaer had been followed after leaving the city centre Lowry Hotel, where the club are based ahead of home matches. At the first set of traffic lights, a man got out of the car that had pursued him and started banging on his window.

He did not wish to harm the Norwegian. He did, however, want his signature.

Professional autograph hunters are thought to have been behind both incidents. Selling signed memorabilia is a surprisingly lucrative business with growing numbers — including those driving the Range Rover — making a living from it. A quick look at eBay confirms as much.

A Manchester United shirt, signed by Marcus Rashford and neatly presented in a gift box, will cost you £355.99.

A Kevin De Bruyne shirt, without any trimmings other than the Manchester City star’s signature, is up for £175. 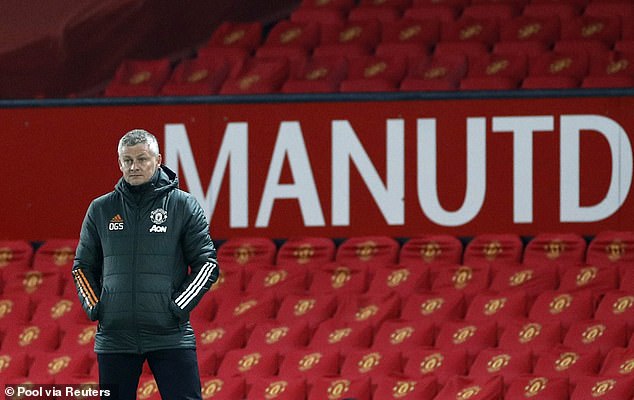 It is, in essence, simple. Buy a shirt for around £50, get a player to sign it and within hours you can make triple — or even more — what you paid.

Traditionally, ‘eBayers’ have been the scourge of training grounds, hotels and stadiums. But now Covid is triggering some brazen, worrying behaviour that has put Premier League clubs on alert.

Owing to the pandemic, many of the traditional stomping grounds are off-limits. With biosecure bubbles part of the game, access has been hampered. It has led to alarming incidents.

Liverpool have had multiple reports of autograph hunters skulking outside players’ homes. In some cases they have waited for players to get into their cars, followed them and then pounced when they stopped at the first traffic light.

At Leeds United, two players have recently been followed home from the club’s training ground. The matter was raised with police.

As Sportsmail revealed in March, Everton goalkeeper Robin Olsen and his family were subjected to an horrendous ordeal when masked raiders, armed with machetes, smashed their way into their home, and demanded jewellery. The home of Carlo Ancelotti, Olsen’s club manager, has also been targeted. 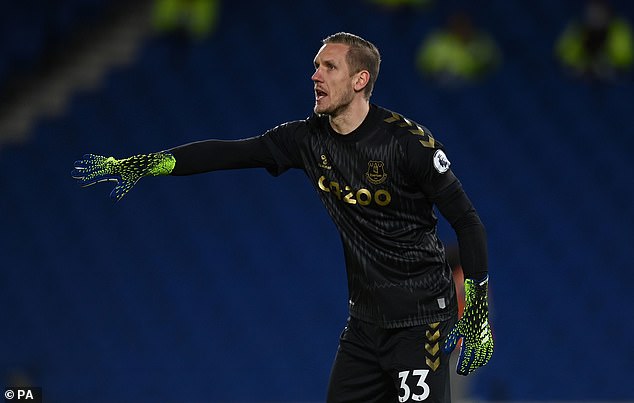 It is little wonder that players have panicked when they see strangers loitering outside their homes or following them.

The problem is widespread. Close to Stamford Bridge, there are two sets of traffic lights near Fulham Broadway station where ‘eBayers’ gather. They know that players will never make it through both lights and will have to stop at one — or even both.

On a number of occasions during the pandemic, autograph hunters have put their heads in players’ cars. It is a similar story elsewhere. ‘We spend all this money on keeping a secure bubble,’ explained one official dealing with the same issue at another top-six club.

‘All week the players adhere to the rules to keep everyone safe. Then they get pounced on and a stranger sticks their head inside their car. We have no idea who they are, where they have been, who they have been exposed to.’

Back at Chelsea, on one occasion a parent thrust his young child, of around seven or eight, into the middle of Fulham Road to ensure a player stopped.

And at the club’s training ground, signs have gone up warning that players cannot pull up in the lane as they make their exit. Some clubs, including Wolves, have told players that if they are giving autographs they should ask to whom they should address their message.

Some players now recognise ‘eBayers’ by their voices and are reluctant to stop.

‘This guy again,’ one star recently told team-mates. ‘He called me a d***head last time because I didn’t stop.’

Clubs are aware that genuine supporters are often mixed in with the professionals and can miss out as a result of a growing reluctance among players to stop.

The experts are skilled operators and force their way to the front of the queue.

Many carry embroidery discs to which they attach shirts, making it easier for the player to sign. Others have books with sections marked off for each player.

On a number of occasions, managers have later gone out on their own and signed only for youngsters.

The reality, however, is that clubs are limited in what they can do to tackle a growing problem.