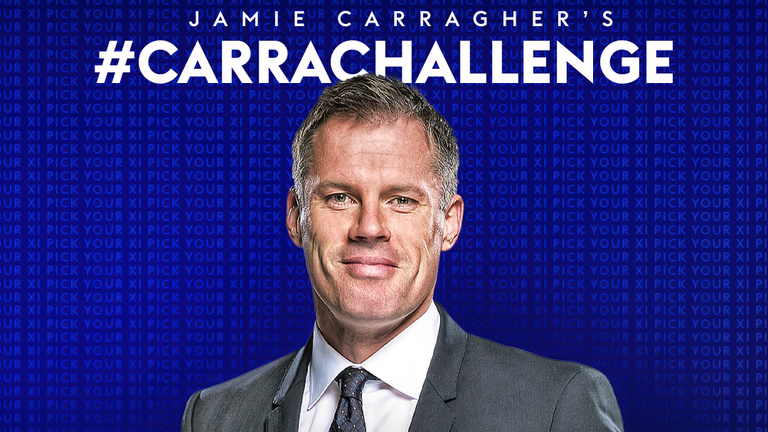 Jamie Carragher has set his latest #CarraChallenge – pick an XI, but with a few crucial rules…

Carra wants you to choose 11 players, plus one sub and a manager, consisting only of Champions League winners (since its birth in 1992/92) but with only one representative from each winning club and any nationality once.

We’ll show the best on The Football Show this week, weekdays on Sky Sports Premier League and Sky Sports News from 9am to 11am.

BUT using each winner & any nationality ONLY once.
Players MUST have won CL with that club.
But CAN have played for more than 1 winner.
🤔 pic.twitter.com/aMX0TEaxFC

Carra’s pick is a star-studded collection, including Sir Alex Ferguson as his manager, going for a diamond midfield with Didier Deschamps deep and Kaka at the top, behind both Lionel Messi and Samuel Eto’o.