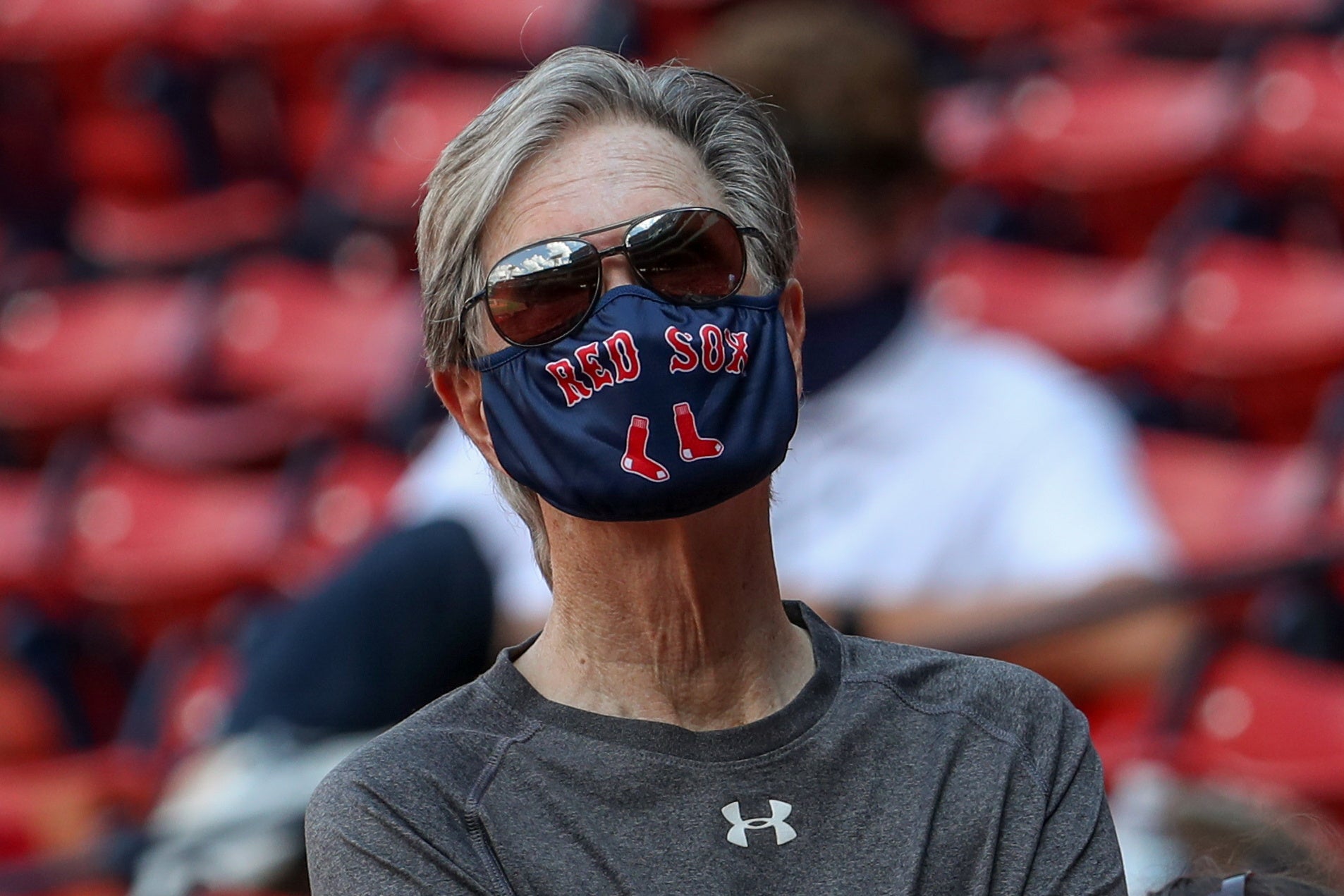 The American forward was 29 and FSG’s policy was to sign younger players who would either develop at Anfield or at least have sell-on value. Bringing in Dempsey ran contrary to what Henry wanted to achieve in the transfer market. That was bad enough, but Rodgers spoke to the press the next morning and claimed that he wanted to keep Carroll and the Geordie’s exit was down to FSG penny pinching.

Liverpool fans, with memories of Tim Hicks and George Gillett still fresh in their minds, were furious. So was Henry.

I was on holiday in Spain and, on the Friday the window shut, received an email from Boston. It contained the quote from Rodgers and correspondence proving that the suggestion of FSG parsimony was far from the truth. Henry wanted to allay supporters’ fears and told me he wanted to write an open letter to make his position clear. He asked whether he could have my thoughts on the subject. That night, fortified by barbecue and tinto de verano, I opened the laptop and wrote down my ideas. This became the framework for the letter.

Over the next 48 hours, in an exchange of emails, we hammered the thoughts into the communique that was eventually released on Monday. Henry nipped and tucked my words, added sentences here and there and removed the odd paragraph or two. A discerning reader can easily work out which section originated in Boston and which came from my laptop. It amused both of us in the coming months when Liverpool supporters slated me for irrationally opposing anything FSG did when I was co-author of Henry’s manifesto for the club.

It was not the last time I provided him with words. When he was invited to speak at the Hillsborough service in 2013, Henry asked whether it was appropriate to accept the honour and, if so, could I present him with a few sentences. It was not a case of him passing on the responsibility to someone else – he was concerned that he would not strike the right tone. He made a couple of amendments to the short passage I sent, improving it. He jocularly called me his “ghost-writer.” 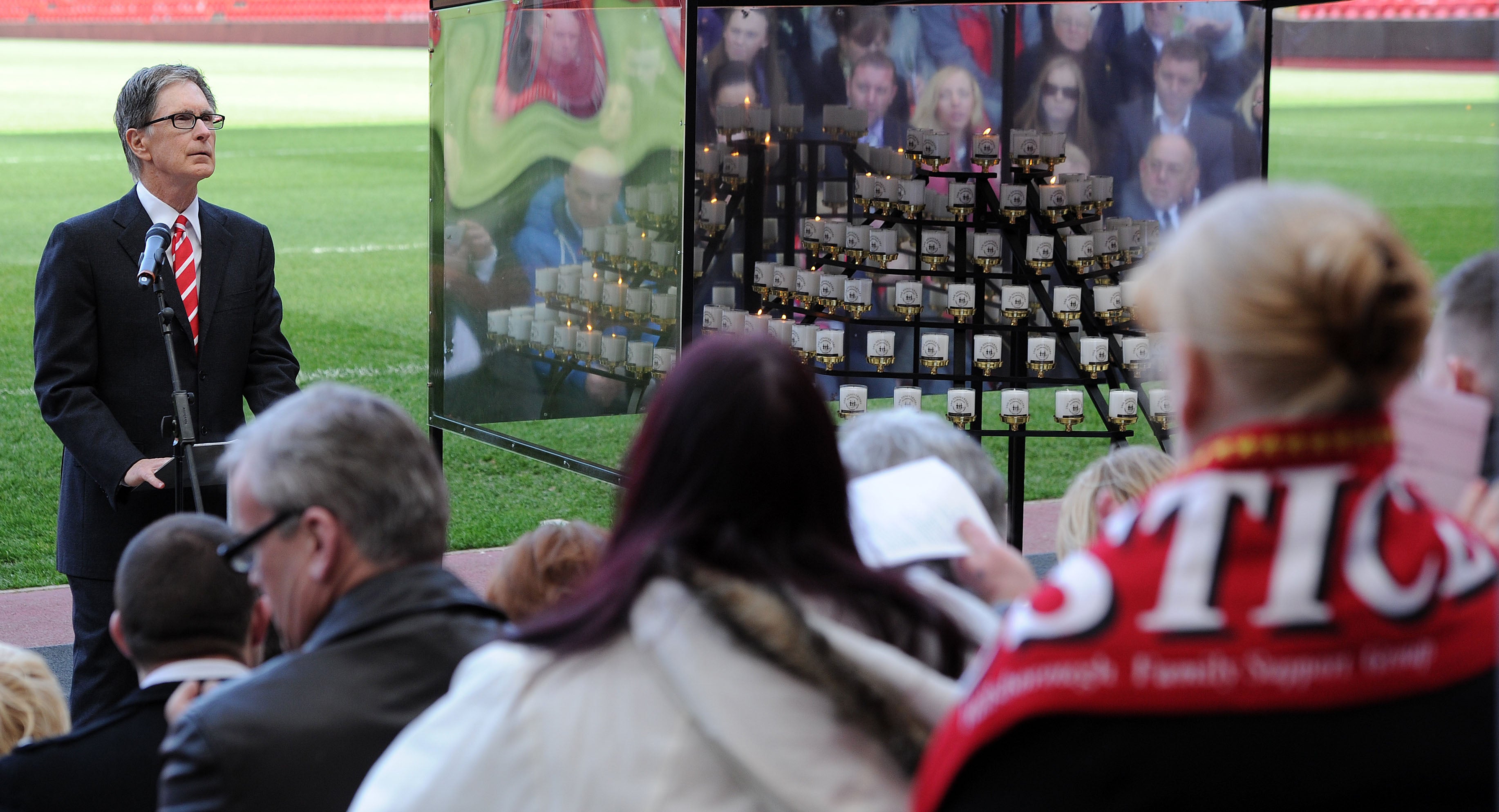 One of the frustrations I expressed when writing critical pieces about Liverpool – and one that he accepted had its basis in truth – was the leadership disconnect between Boston and Merseyside. When Henry was engaged with the club, things got done. When his mind was elsewhere, a vacuum could develop. Hillsborough, though, always caught his attention and the owner is sensitive to the feelings of families and campaigners. The Spirit of Shankly supporters’ union wanted to put leaflets on seats for the home game against Fulham in 2013. They wanted flyers asking for witnesses to the disaster to come forward and speak to the IPPC investigation. The request was refused by those in charge at Anfield. After speaking with activists and being told that the main concern was litter in the surrounding streets, I sent an email telling Henry this was a very bad look. Within two hours the club announced that the leafleting would be permitted.

The billionaire was very interested in the media. Seven years ago he bought the Boston Globe newspaper. Many of our conversations were about how printed word could remain viable in the digital world. He was fascinated by newspaper offices and visited my workplace on a number of occasions.

One sunny April afternoon, after lunch in Mayfair, he proposed coming to the office. We hailed a cab on Piccadilly but the driver was reluctant to take us east. Margaret Thatcher’s funeral was taking place at St Paul’s cathedral and the cabbie said nothing was moving in that direction because of road closures. I expected Henry to give up and go back to his hotel. “How are you getting there?” he said.

At Green Park station, I asked the most stupid question ever directed at an American billionaire. “Do you have an Oyster card?” Of course Henry did not have London Underground’s travelcard. I bought a single for Liverpool’s owner and off we went on the Jubilee Line to Embankment and then the District Line to Tower Hill. It was a strange experience being on public transport with Henry. I was regarded by many supporters as being the scourge of FSG. I frequently wrote things Liverpool fans did not want to read. I was more than happy with my reputation. Being seen with Fenway’s head honcho was not something I relished.

No one noticed us, though. Henry seemed to enjoy the experience and asked numerous questions about my daily commute. He sensed my skittishness and mocked me gently. “Don’t want to be seen with me?”

Another time he came with Linda Pizzuti Henry to the office. She was as enthralled by journalism as her husband and asked pertinent questions of senior executives, making notes about the way things were done in the British media. In the lift as they were leaving, I was chatting with Pizzuti. “That’s a very distinct accent you have,” she said. I could feel Henry wince. We both knew the inevitable question. “Where are you from?”

The club’s owner was embarrassed. “Don’t you ever listen to me?” he said. Even billionaires have these sort of problems with their spouses.

Pizzuti proved her sharpness within minutes, though. She asked about Simon Mignolet and was clearly not convinced by the goalkeeper. Was he good enough? Could he get better?

How long should he be given to prove himself?

We discussed it while they waited for a cab, with me giving examples of other goalkeepers and explaining that many of his issues could be solved on the training ground. This was January 2014, a matter of months after the Belgian joined the club. Pizzuti gave the impression that she believed the problem could not be fixed. 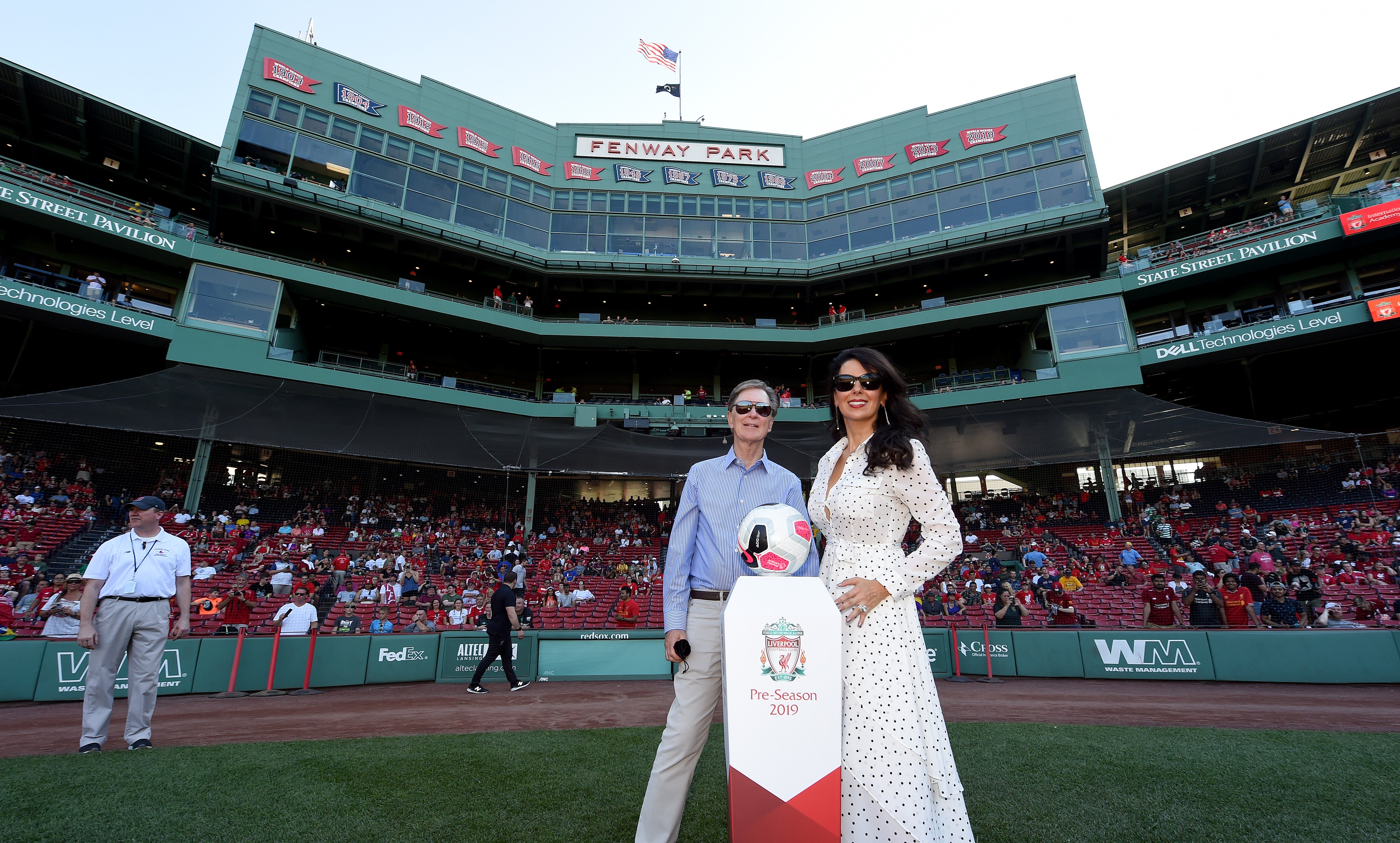 I watched the cab head back into central London and reflected on the conversation. “Even someone from Boston who’s new to the game can see it,” I thought. Shouldn’t a scout have spotted it before signing him?

For a while, Henry’s interest in the Globe seemed to override everything else. He would have bursts of energy for Liverpool and then drop off the radar for months. I was not the only one of his acquaintances that would not hear from him for six months or more only to be suddenly bombarded with emails to take up a conversation that looked to have been terminated half a year earlier. He talked about selling the club in the closing days of Rodgers’ time in charge. His enthusiasm seemed to have waned.

Five years ago I went freelance, at a time Henry appeared to be a little disengaged from Liverpool. Communication slowed down again and I suspected that, lacking a prestigious job title at a daily newspaper, I’d diminished in value in his eyes. He was used to robust missives when I felt the ownership was making significant errors and after a particularly critical email he responded with one word: “Wow.”

It was a red rag. My response was effectively, “that’s it: you can’t help those who don’t want to be helped.”  I had a sense that I’d outlived my usefulness so told him that FSG had been in charge for seven years and needed to sort themselves out. The answer to all the problems was simple: “Just bloody win.” It was a classic Dear John letter. Our relationship was over. 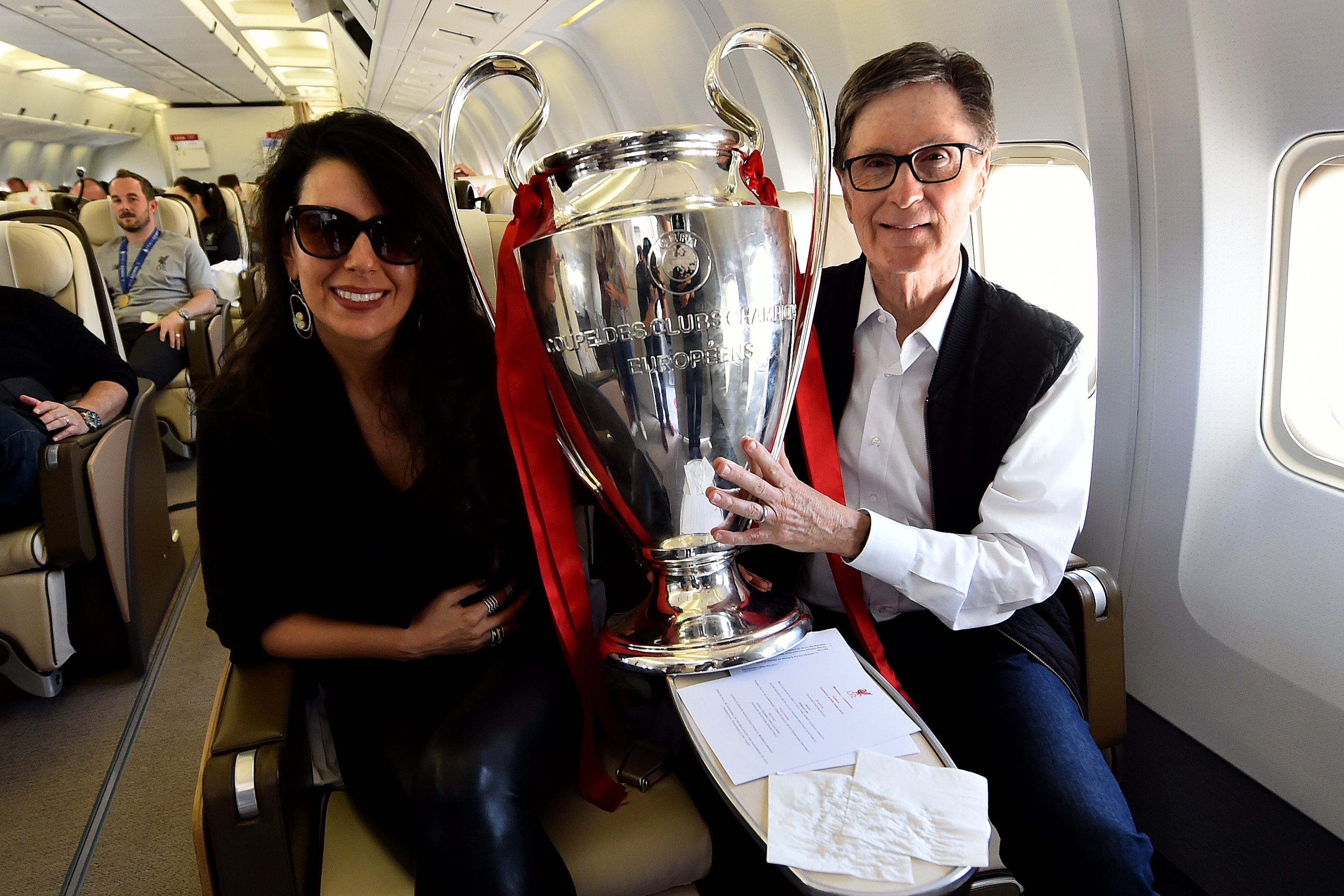 And guess what? He did win. Without any help or input from me. The appointment of Jurgen Klopp was a masterstroke and Henry got better at the job of being the owner of a football club with every year that passed.

He is socially awkward and sometimes difficult to interact with but he is highly intelligent and, when he cares about something, he throws all his effort into achieving his aims. Ten years on from the takeover, FSG’s prime mover deserves all the credit he gets.

He may yet exert a wider influence on the game. Project Big Picture might seem dead but the arguments around it are just beginning. Liverpool’s owner was talking about the embryo of the idea on the day we first met eight years ago.

It would be foolish to underestimate John W Henry. I can tell you that from personal experience.