A unique Champions League campaign will finally come to an end on Sunday with a mouth-watering clash between two of Europe’s best teams.

The all-conquering Bayern Munich take on French quadruple winners Paris Saint-Germain in Lisbon. The only downside? Fans won’t be able to watch the two go head-to-head in person.

Both sides won all of their domestic competitions and they are hoping to add one more trophy before the marathon season draws to a close. Ahead of the exciting 2019-2020 final, Sportsmail takes a look at the stats show why the French and German clubs are the last teams standing. 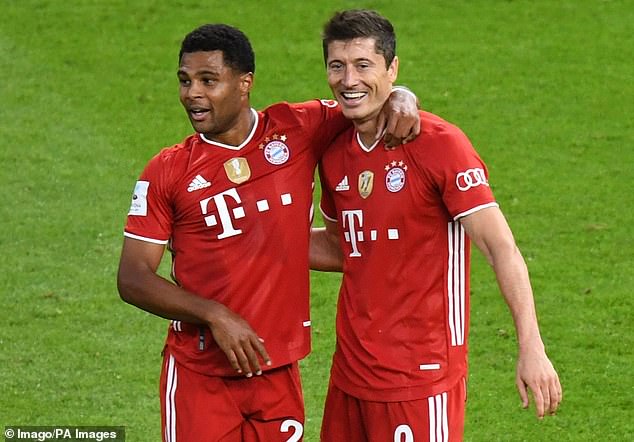 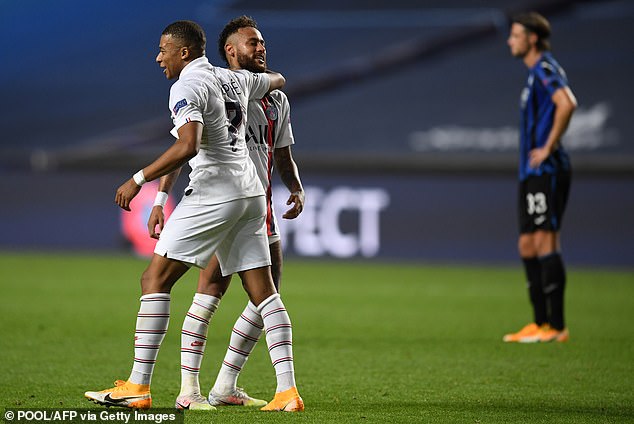 It’s perhaps not surprising that the two finalists are the highest scorers in the competition.

But when it comes to goals – Bayern are way ahead of any of the other teams who have competed.

This is partly down to Robert Lewandowski, or as Thomas Muller fondly calls him – Robert Lewangoalski. The striker has netted 55 times in all competitions and has 15 goals in Europe – one more than semi-final opponents Lyon managed in the whole of the competition.

The 30-year-old needs two more strikes to equal the record for most goals scored in a single Champions League campaign which is currently held by Cristiano Ronaldo. 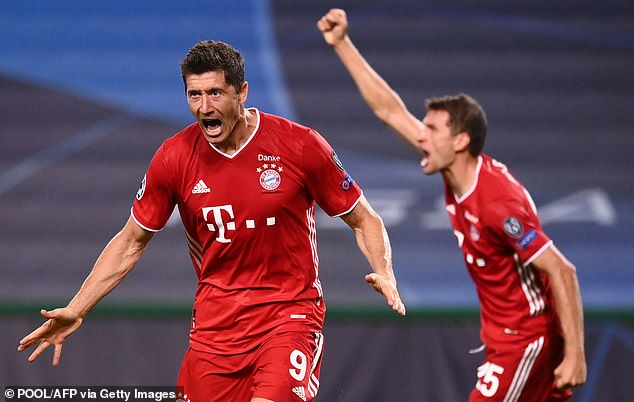 But it’s not just the Polish international who has contributed. Bayern have managed an incredible 42 Champions League goals in 10 games this season – which is 20 more than Liverpool scored when they won the trophy last year. Only Barcelona have netted more in a single campaign (45 in the 1999-2000 season) and they played 16 games.

Total in all competitions : 158

Total in all competitions: 134

Nine players have got on the scoresheet during the season with Serge Gnabry contributing nine goals while Muller has four.

Bayern were also free-scoring in the Bundesliga with the Germans finishing the season with 100 goals – the most of any team in Europe.

PSG are not quite in the same scoring charts as Bayern with a total of 25 in Europe. But they were without Neymar for their first four games of the competition. The Brazilian has contributed at least one goal or assist in five of the six Champions League games he has played this season.

Kylian Mbappe has also been in fine scoring form with 30 goals in just 36 games in all competitions.

The 21-year-old also has 19 assists and played a crucial role in PSG’s late comeback against Atalanta in the quarter-final.

The club also score consistently – the last time they failed to find the net in a Champions League fixture was in 2016 when they were eliminated by Manchester City in the quarter-finals.

The French side also faced Real Madrid in their qualifying group but still managed to put five goals past the Spaniards over the two games.

Thomas Tuchel’s team scored an impressive 75 goals in 27 league games before the French season was curtailed in May. 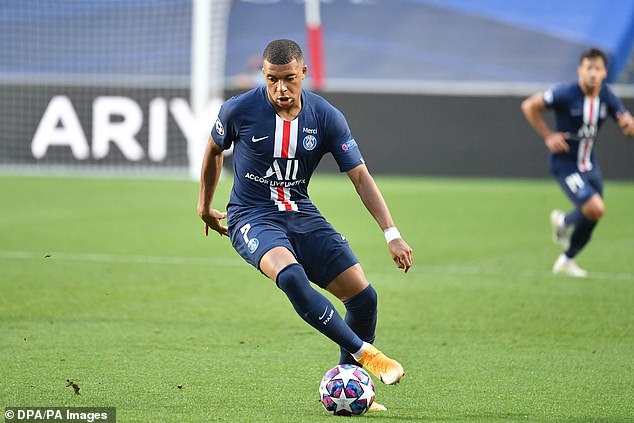 Both teams have great forwards but each also boast a strong defence.

PSG in particular have made themselves hard to break down. Club have conceded just five goals in the Champions League with seven clean sheets.

Real Madrid only managed two goals over their two group games and Borussia Dortmund also scored just twice over two matches, with the Germans losing the second leg of the last-16 tie 2-0. 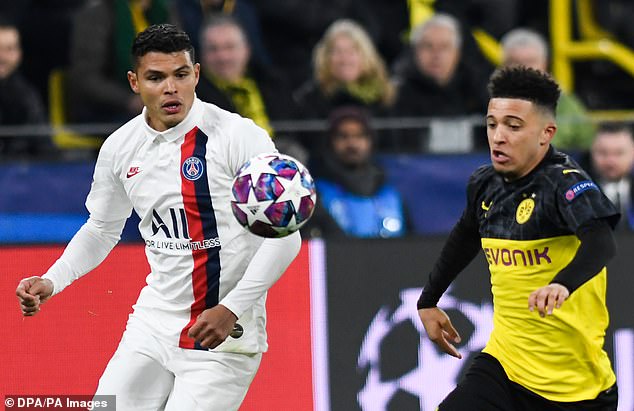 While BT Sport pundit Rio Ferdinand has raised some concerns over the high line the Greman side play, Bayern kept 15 clean sheets in the Bundesliga, 13 of which came after Flick’s appointment in November.

Dortmund failed to score in their two league meetings while Leipzig only managed to score once.

Harry Kane could only score from the penalty spot when they took on Spurs and Chelsea also managed to put one goal past Manuel Neuer over two games.

With two games to play in the 2019-2020 Bundesliga season, Flick’s record stood at 25 wins from 28 games in all competitions – the best win ratio of any Bayern coach in history.

The 55-year-old’s points-per-game ratio of 2.71 surpassed that of Pep Guardiola and was slightly ahead of treble-winning manager Jupp Heynckes.

Flick has now won 31 of his 34 games in charge and he is in with a chance of emulating Heynckes history-making side of 2013.

He also knows all about big pressure moments. The manager was assistant to Joachim Low when Germany won the World Cup in 2014 and won five trophies as a player at Bayern. 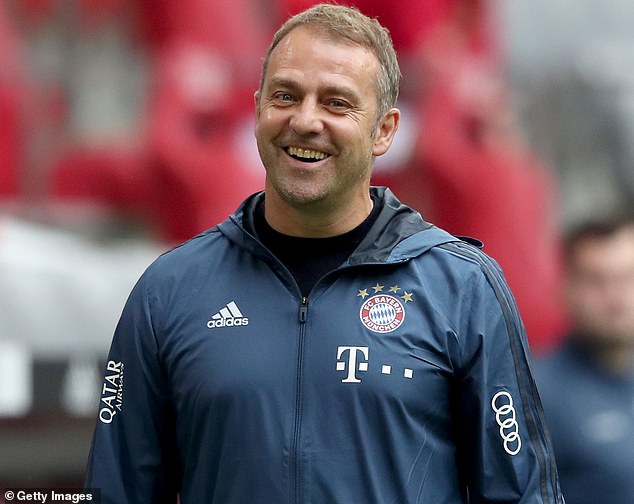 His side are currently on the longest unbeaten run across Europe’s top five leagues – with 97 goals scored during this period – an average of 3.4 per game. They have also remarkably only been behind in a match for 22 minutes in 2020.

Bayern have won all 10 of their Champions League fixtures and Flick will be hoping they can claim more victory. The coach lost the European Cup final as a player in 1987 and will want to avoid becoming the first person to lose both as a manager and player for the same club.

Tuchel has guided PSG to their first ever Champions League final and has already won six trophies since taking over two years ago.

The German has a win ratio of 77.67 – the highest of any previous managers, beating  the club’s most successful manager Lauren Blanc – who finished with a 72.83 ratio after three years in charge. 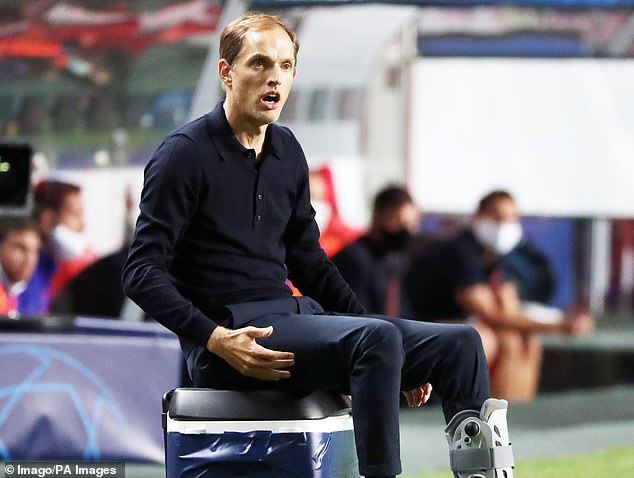 PSG lost just three times in the league have only two defeats in their last 34 games.

Dortmund were only team to beat PSG in the Champions League with a draw against Real Madrid meaning they have eight victories.

Tuchel will be hoping his luck against Bayern will change on Sunday – the former Dortmund manager has lost more matches to the Bundesliga side than any other team with nine defeats.

It will be the battle of the German managers when Tuchel and Flick’s sides come face to face with each hoping to win their first European trophy.