The stats that show Leeds have dropped off alarmingly…

Leeds started the season on fire with more tackles, blocks and presses than any other top-flight side… but the stats don’t lie and Marcelo Bielsa’s men are fading fast

Leeds have been a brilliant watch this season and Marcelo Bielsa’s swashbuckling team set the world alight at times, but the flames are not burning as intensely as before.

Back in October, the newly-promoted side had pressed more, won more tackles and earned endless plaudits for their entertaining football but stats show an alarming drop off.

They are currently 12th, a creditable position but recent signs have been concerning and it seems the zip and verve Leeds were playing with earlier in the season is fading fast. 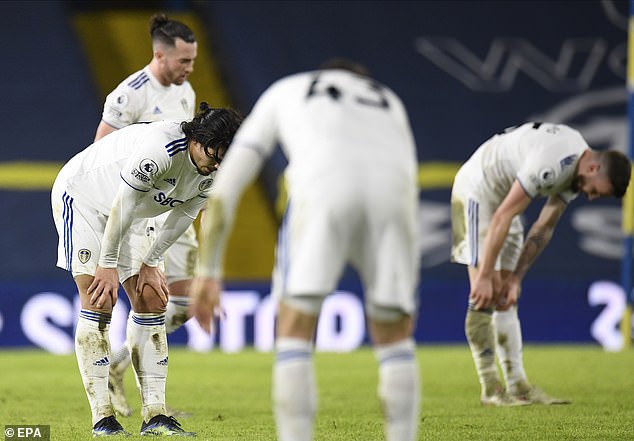 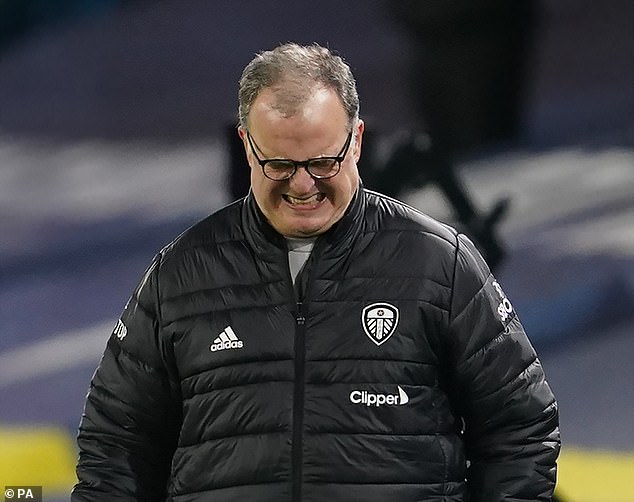 A 1-0 defeat by lowly Brighton at the weekend was the latest setback and Bielsa must be concerned.

He launched an impassioned defence of his side back in late December that lasted 41 minutes. The Argentine had just seen his men thrashed 6-2 by Manchester United

‘Normally, when there is adversity, what you guys do is try to weaken those facing adversity or to ridicule the style of play of a team,’ he complained.

But that trademark Bielsa style is underpinned by relentless energy and aggression, two traits that have fallen by the wayside recently. 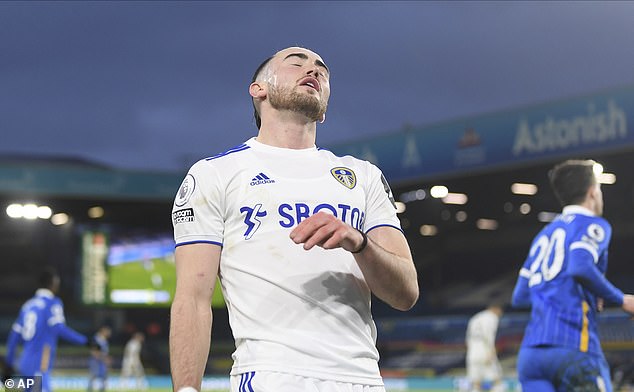 In the first six games of the season they pressed 1,037 times, the following six was a reduced 934 and then the last six even fewer at 856.

The number of tackles over the first six games was 137 and the previous six matches it has been 40 fewer. Tackles against dribbles is less than half (22) than the first six (49).

Even blocks have gone down from 116 in the first six to 76 in their previous six games.

Opposition passes allowed per defensive action stood at 8.7 in the first chunk of fixtures but now Leeds are allowing 10.1, suggesting they are not working as hard as before to win back the ball.

All signs are clearly pointing to fatigue. The initial enthusiasm of playing in the top flight may have worn off slightly and the grinding nature of festive fixtures will have lessened the output.

Most of the facts back up the argument that Leeds are struggling to match their early season intensity.

That said, some of the numbers will give Bielsa encouragement that his side are still fighting hard.

In terms of ‘pressed sequences’ – when the team has three or fewer passes in their own third and play ends in their own half – Leeds have fewer in their past six games 91, than the middle third of the season so far (119). 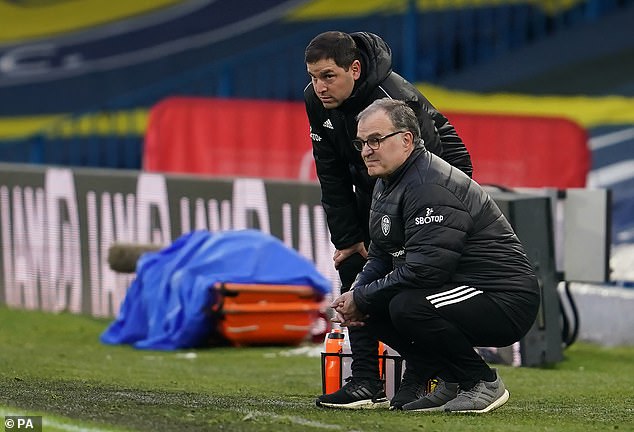 Leeds fans may well point to the fact that they seem to held to a higher standard than other teams coming up from the Championship.

A recent win over Burnley and 5-0 demolition of West Brom show on their day they can still be lethal in the top flight.

But nobody will hold the players to a higher standard than Bielsa himself and the obsessive manager must recognise that the recent drop off is reflected in the numbers.