“I am going to give it to Thiago Silva. He set the ball rolling with that magnificent leap for his headed goal. He has had Haller in his pocket, got his head to so many crosses and blocked a few shots.”

Alan Smith named Thiago Silva as the man of the match in Chelsea’s 3-0 win over West Ham at Stamford Bridge but the Sky Sports co-commentator was not the only one impressed by the veteran Brazilian. This was another reminder of the 36-year-old centre-back’s influence on this side.

Silva’s firm header opened the scoring for Chelsea in the first half, but there was plenty of defending to do after that. He did it well, making six clearances, three interceptions and a block. No player on the pitch made more. Ten aerial duels were won too. That was more than any other Chelsea player.

It helps to explain why no team in the Premier League has conceded fewer goals than Frank Lampard’s side over the past two months. The defensive concerns that dogged the team last season have subsided. With his leadership and his quality, they look a more organised outfit now. 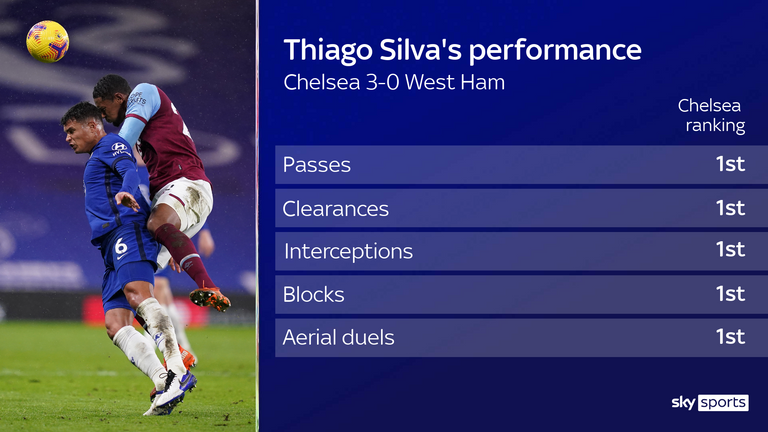 Silva also had 92 touches and 75 passes, completing 69 of them. Again, these were game-high numbers. Not only does he do the dirty work of defending but this is a Rolls-Royce of a footballer.

Even Lampard, the man who brought Silva to the club on a free transfer from Paris Saint-Germain this summer, was prepared to acknowledge he had harboured some doubts because of his age.

Those doubts are gone.

“I remember playing in the Premier League at 36 and I could not play like he is playing week in and week out,” he told Monday Night Football. “I was in and out of the team and I could feel it at that stage in my career. So what I would say is that I was probably a bit tentative.

“I knew he was a top player who had been a great player for a long time but with the pressures of the Premier League when you have not played there before and been playing in France, no disrespect, he has probably exceeded it slightly.

“Really, I should not have been surprised. Now I am working with him, I can see the quality, the preparation, the reading of the game, the desire to win headers and compete with anyone he is playing against.

“He is really studious about the game and he is clearly going to be a manager or whatever he wants to be after he finishes playing. He has been a great addition for us on and off the pitch.” 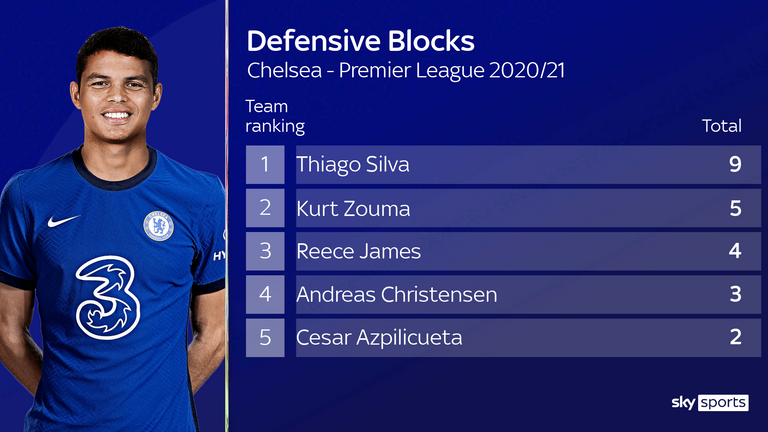 Gary Neville recalls the challenge of being an ageing defender in the Premier League.

“I remember what it was like with me being 35 or 36 and becoming exposed,” Neville told Monday Night Football. “But he is clever. I thought his attacking of that corner was absolutely standing.” 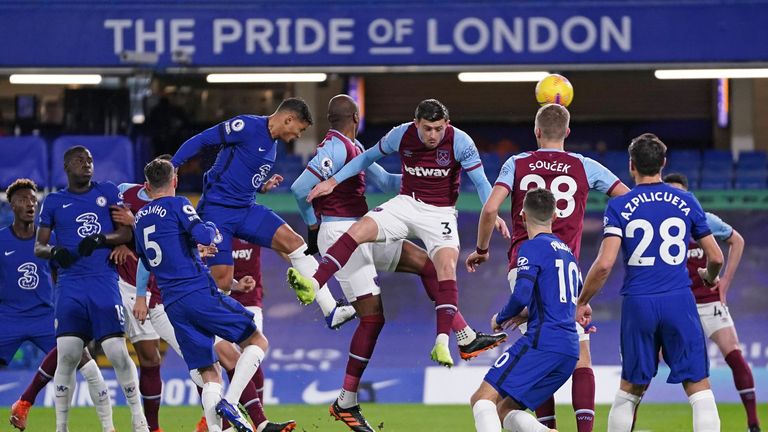 With Kurt Zouma having the pace and presence to complement Silva, Chelsea have a balanced centre-back partnership. With a more commanding goalkeeper now behind them, do they now have the foundation to mount a more convincing title challenge in Lampard’s second season in charge?

Neville believes that could depend on Silva.

“If he stays fit and plays all season I think Chelsea will have a good season,” he added.

“I think they will finish in the top four and I think for the ones who were intrigued to see how he would do in this league, he is proving that he is world class. This idea about Brazilian centre-backs, he is tough as hell and I think he will get through the season well.”