Thomas Tuchel lavished praise on ‘clinical’ Mason Mount as the starlet broke his Champions League duck to fire Chelsea to within touching distance of the semi-finals.

The England international notched his first goal in the competition as the Blues stormed past Porto in their quarter-final first leg, with Ben Chilwell adding a second late to also open his Champions League account.

‘The finishing was clinical, Mason has the quality to do this and to do it in a quarter is a big step for him,’ said Blues head coach Tuchel. 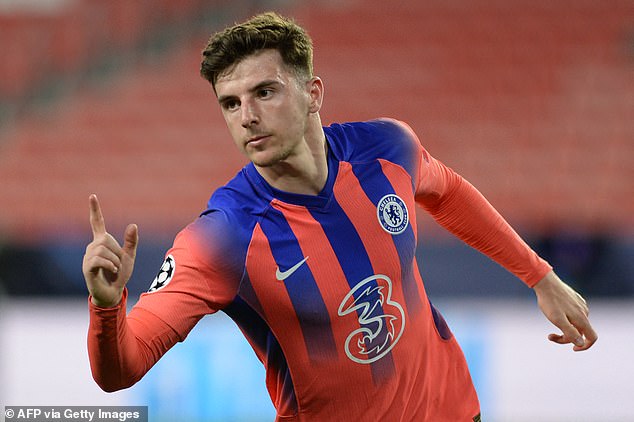 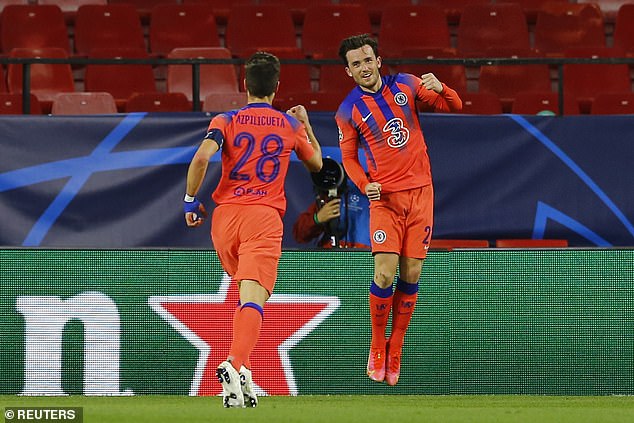 ‘He is a very important young player for our squad, he has the right attitude for success, he has both feet on the ground open and is hungry to learn.’

On his landmark night, Mount added: ‘It is about time it come. I have been waiting patiently, but it’s a good time. A good pass from Jorginho and I had space to hit it. It went in and I am very happy with that.

‘It put us in a good position, 1-0 up at half time. I am always working on my finishing. I don’t think you can work on it enough. In training I shoot as much as I can – that’s a part of my game where I think I can improve on and score more goals.’ 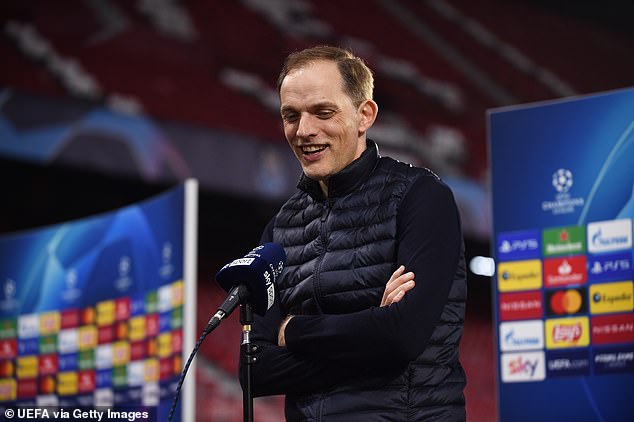 And Mount added: ‘We have put the West Brom game behind us. We said we need to improve. That game was something we looked at briefly the next day and then moved on. We knew how big this game would be.

‘It would be tough. We came here with full focus, 100 per cent commitment we would win and give it our everything. But the job is not done. They will fight for the next leg and we have to give it our all again. We will be ready next week.’

Blues boss Tuchel also praised his team’s reaction to last weekend’s defeat to Sam Allardyce’s men, saying: ‘I was pretty sure about our response. But then I saw it after the game immediately in the dressing room, the next day and on the Monday.

‘It was not a big concern. We had a big loss, of course. It was our responsibility and we accepted it, me included and we were all ready to respond. There will always be setbacks in sport, in football, and it’s the biggest challenge to bounce back. 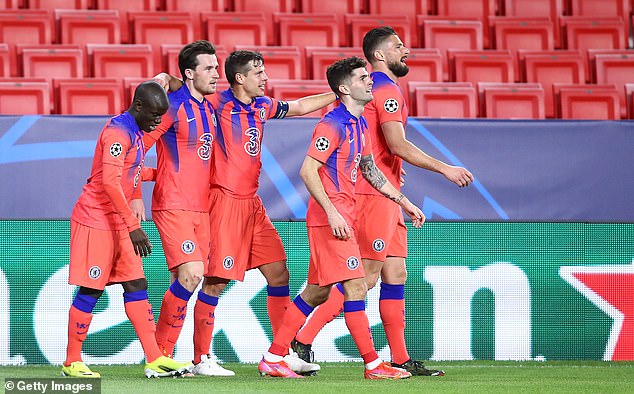 ‘The result is excellent. Of course, it was a tough match against a strong Porto side, who are very hard to play, very good individual skills, it’s a proud club, proud team and emotional team.

‘They were many moments where we suffered. We accepted it. You could see the circumstances are different, it’s a quarter-final. But the spirit was good. It was an excellent result.

‘We are happy, but not too happy. Excited but not too excited. Overall we escape with a very good result. We will need an other top perforce next Tuesday. The job is only half done.’