There were eyebrows raised as Kepa replaced Edouard Mendy towards the end of the 1-1 draw at Belfast’s Windsor Park on Wednesday night.

The two sides could not be settled over 120 minutes after Hakim Ziyech’s effort for the Champions League holders was cancelled out by Gerard Moreno.

Europa League winners Villarreal hit the woodwork twice but came up short in the shoot-out as Kepa saved from both Aissa Mandi and Raul Albiol, with Chelsea winning 6-5 after Kai Havertz had missed the first spot-kick.

Mendy had enjoyed a decent night between the posts but showed no signs of annoyance when he was replaced with just seconds remaining as Tuchel explained the effort put in by his staff to find his best goalkeeper for saving penalties.

“Since I arrived we have an unbelievable amount and quality of support in the structure of the club and this is one good example,” he said.

“In my first cup game (as Chelsea boss) against Barnsley we had talks with the goalkeeper coaches and the analysing department, who came up with a statistic that Willy Cabellero was the best in penalty defending.

“They analysed thousands of penalties from Willy, then second-best was Kepa and third-best was Edouard in this statistic. 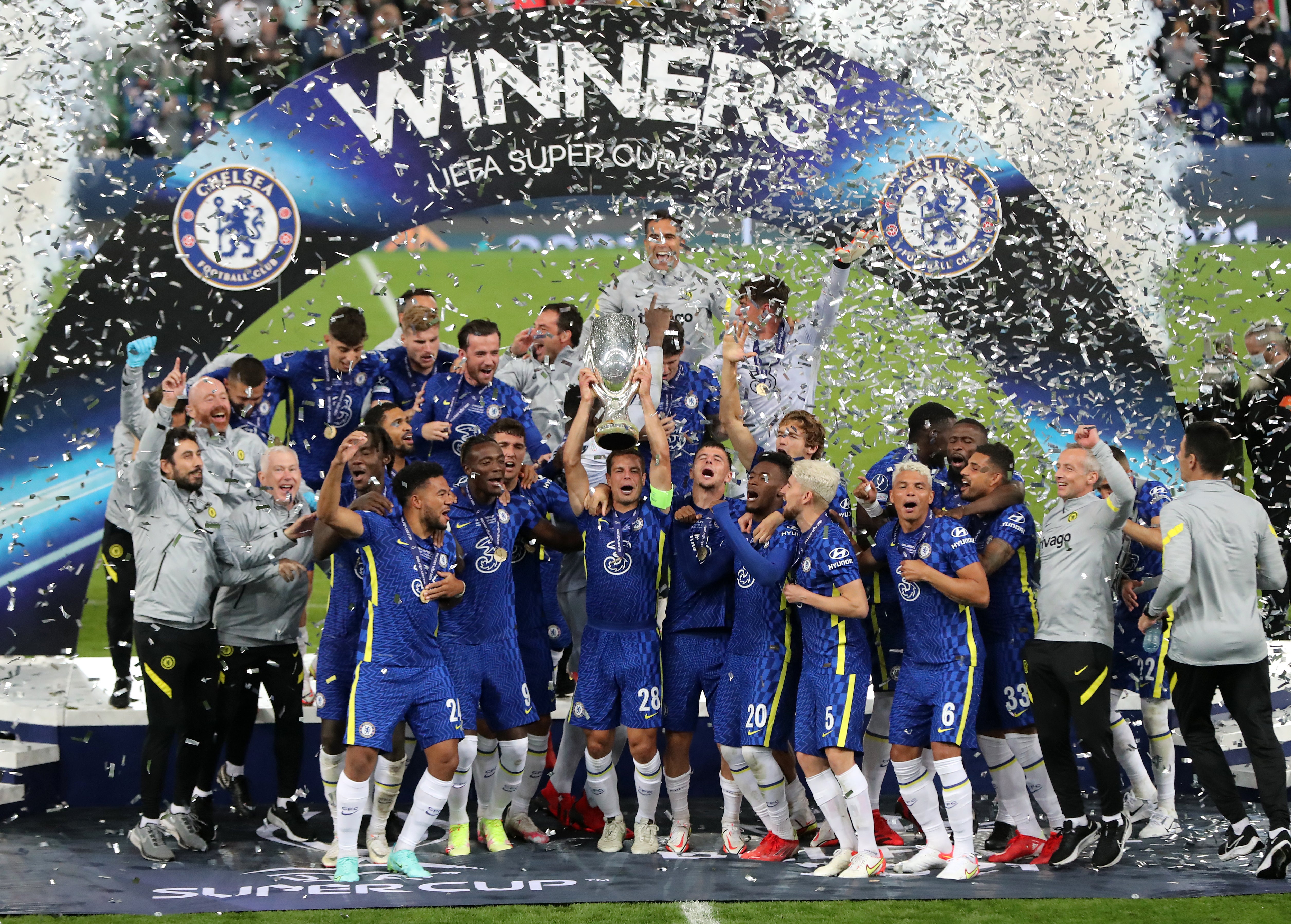 “So we spoke to all three of the goalkeepers very openly that it can be that when we have a situation like this and we have a change left, then we take the change.

“Not for personal reasons but to help the team, to improve the chances because we had this proof of statistics.

“Willy is not there any more but the three accepted it in a fantastic manner, it showed all the spirit that this team trains and lives together and they said this is absolutely no problem.

“You see today, Mendy puts his ego to the side when we take this decision and he was aware – I think that is key, he is aware why we do this.

“It is not a sudden idea of the manager on the sideline. This was planned and openly discussed with the goalkeepers and I’m very happy they showed this type of team spirit and it was fine to take this one to the team.” It was not all good news for Chelsea on a day when Romelu Lukaku landed in the country to seal his return to Stamford Bridge.

Ziyech, who was the best player on the pitch and broke the deadlock by turning home a Havertz cross, was forced off with a shoulder problem before half-time.

“If you take a player out during the first half it’s serious,” Tuchel told BT Sport when asked about Ziyech’s injury.

“We overused some players who were absolutely not ready to play 120 minutes and have only two days in between this and the next match with Crystal Palace so that absolutely does not help us.

It is not a sudden idea of the manager on the sideline. This was planned and openly discussed with the goalkeepers and I’m very happy they showed this type of team spirit and it was fine to take this one to the team

“We came (to Belfast) with so many players who did not even play a friendly match so far so this is the situation – we have to adapt and we have to, in our mindset, be as ready as we can be to do our very best.”

Former Arsenal boss Unai Emery saw off the Gunners and Manchester United to win the Europa League last season, beating the Red Devils in a shoot-out in the final, but he could not make it a hat-trick of Premier League scalps.

“Last year we played a lot of games in the Europa League,” Emery said.

“We won it and this year we are going to play in the Champions League, we are going to try and progress wherever we can progress and the club is ready to help us with that, keep a good squad and giving the stability they have always.

“We’re going to be playing in the Champions League this year so we need to compete against those teams like we did in today’s game. Today was about playing against the best team in the world. So the idea was to enjoy it but also be competitive.”