Kieran Tierney has claimed that UFC superstar Conor McGregor would ‘put the fear in everyone’ if he traded in his fighting gloves for football boots and joined the young Scotsman at Arsenal.

Tierney and McGregor have been good friends for some time, with the MMA fighter naming the Scotland international as his favourite player after his move to the Gunners from Celtic.

The pair’s friendship began through social media when Tierney was still at Celtic. McGregor even wore a signed shirt Tierney gave him during a training session. 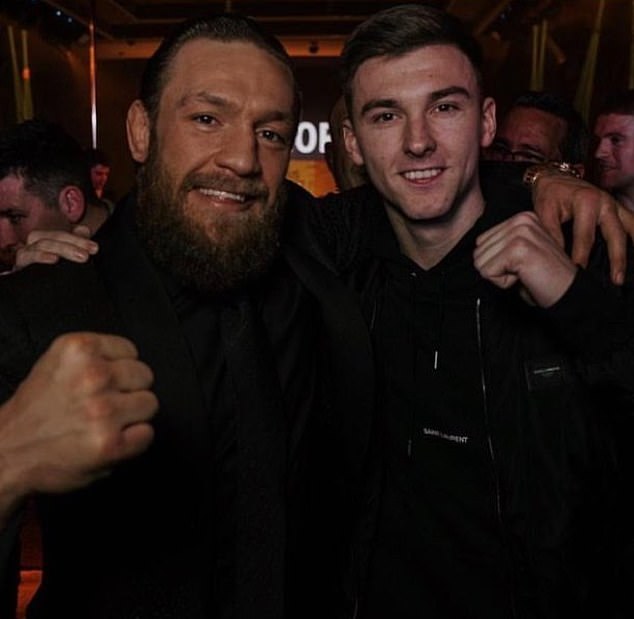 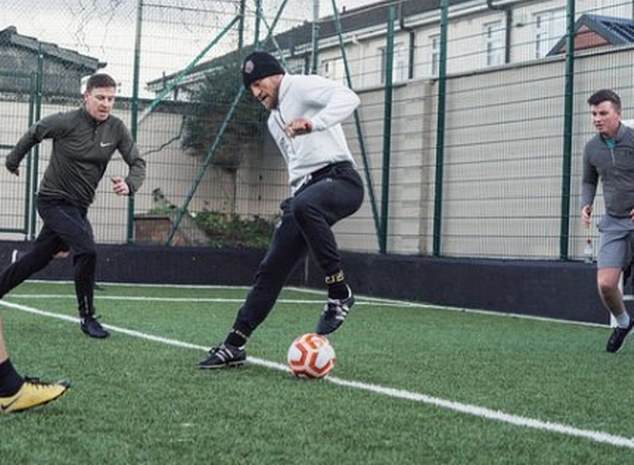 Taking part in a recent Twitter Q&A, one fan asked Tierney where he would play McGregor if he joined the Arsenal team.

Tierney’s response suggested that McGregor, who is a noted Manchester United and Celtic fan, had more than a few skills about him on the pitch and could slot in wherever needed in Mikel Arteta’s side.

‘Centre half. No nonsense. Put the fear in everyone,’ the Arsenal left-back said. 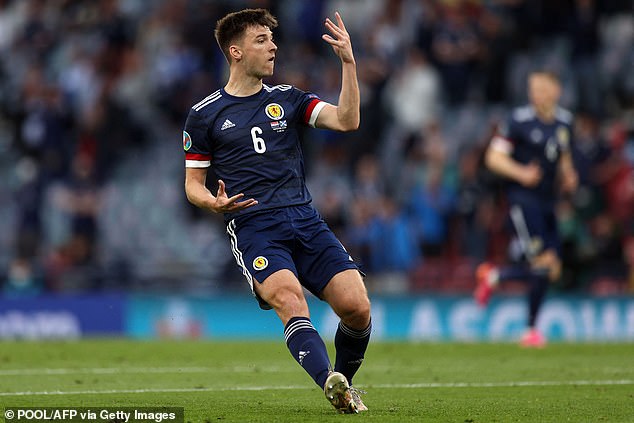 ‘Seen him upfront as well, great goal scorer. Can do it all.’

Fan favourite Tierney, 24, increased his standing with Arsenal supporters after putting pen to paper on a new five-year deal the club worth more than £100,000 a week.

McGregor is known for enjoying playing football in his spare time, but this glowing reference could mean that if Arteta misses out on Brighton’s Ben White, The Notorious may be a reasonable plan B in the heart of the Arsenal back four.