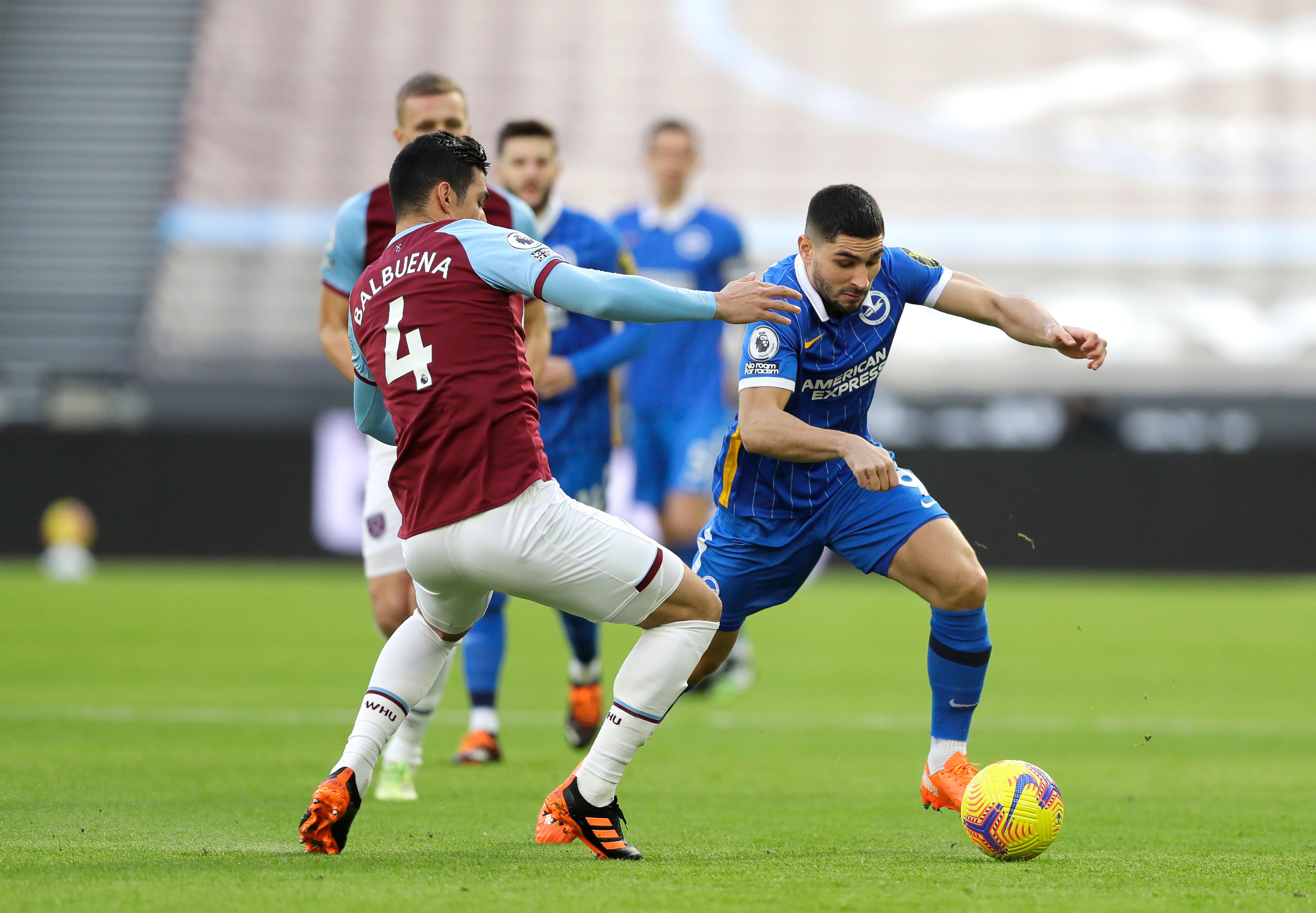 West Ham did not have a shot on target against Chelsea last Monday, nor in the first half here.

So early in the second half, when Haller met Rice’s cross with a header straight at Robert Sanchez, it was their first effort on target for 172 minutes.

The substitutions paid dividends on the hour mark when Yarmolenko crossed from the right and Lanzini touched the ball into the path of young full-back Ben Johnson, who calmly side-footed in his first goal for the club.

West Ham now looked in the ascendancy, but it was Brighton who struck next.

Soucek’s attempted clearance from a corner appeared to hit Dunk on the forearm before he fired home, but after a lengthy VAR check the goal was given.

But Soucek got his revenge with eight minutes remaining. Amazingly, this time it was Dunk’s clearing header which hit the Czech midfielder as he arrived at the far post to bundle in the equaliser.