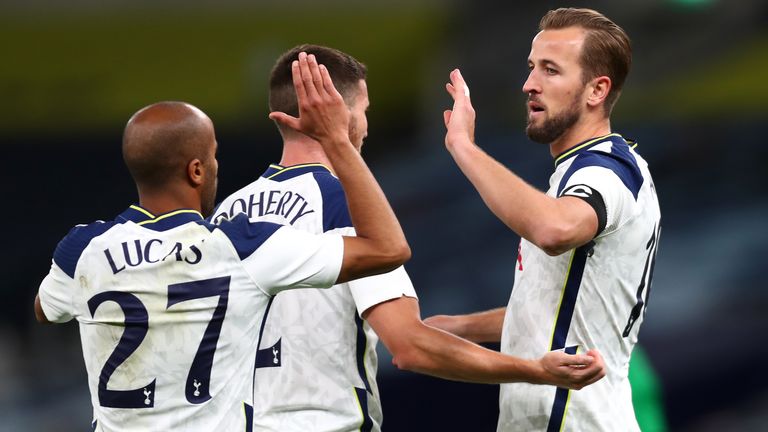 Harry Kane scored a hat-trick and set up another goal as Tottenham eased through to the Europa League group stage with a 7-2 win over Maccabi Haifa.

Kane and his team-mates showed no signs of fatigue playing their third game in five days and put the Israeli side to the sword, with a Giovani Lo Celso brace, Lucas Moura’s header and a Dele Alli penalty adding to the Spurs captain’s 15th treble for the club.

Maccabi Haifa never really posed a threat, though did level at 1-1 through a fine Tjaronn Chery strike, while Nikita Rukavytsya struck a second-half penalty.

There was something fitting about the final scoreline as it came exactly one year to the day that they were beaten 7-2 by Bayern Munich in last season’s Champions League.

They will now rest ahead of Sunday’s Premier League trip to Manchester United, which concludes a hectic schedule, while also waiting to see who they are paired with in Friday’s group stage draw.

How Spurs hit Maccabi for seven 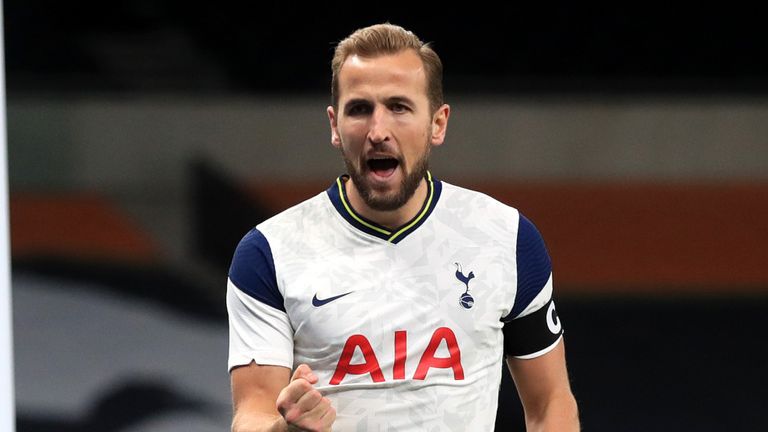 Jose Mourinho’s men appeared to come through unscathed and the Portuguese also had no problems in giving Kane 73 minutes, despite his complaints over player welfare.

Spurs were back in action 48 hours after beating Chelsea on penalties in the Carabao Cup. Kane played the final 20 minutes against the Blues, but he was still fresh and needed only 93 seconds to prove it as he put Spurs ahead.

Ben Davies was played in down the left and he fired a ball across goal that Kane simply could not miss from inside the six-yard box.

If Spurs thought they were going to have it all their own way, then Chery quickly gave them other ideas as he forced Joe Hart into a flying save with an effort from distance. He soon found his range, though, and brought Haifa level in the 17th minute with a brilliant strike, this time on his left foot, sending a swerving effort into the top corner.

That was as good as it got for the Israeli side, however, as the hosts needed four minutes to regain the lead. Moura was not tracked as he darted to the front post at Steven Bergwijn’s corner and his glancing header found the far post.

Spurs were cruising and opened up a two-goal lead in the 37th minute when Lo Celso scored his first goal of the season as he curled home after Moura had a header blocked. 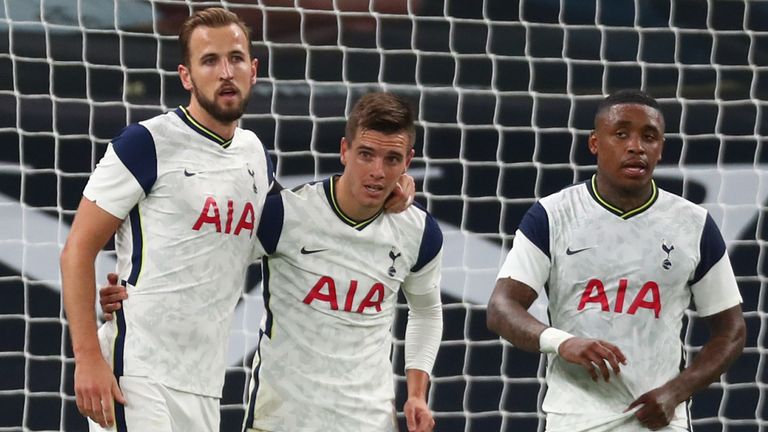 Three minutes later it got even better for Lo Celso as he coolly clipped home after being played in by Kane to give his side a 4-1 half-time lead. As if the game was not action-packed enough, there were two highly questionable penalties for handball in the space of four minutes.

First the ball hit Matt Doherty’s arm at point-blank range allowing Haifa to make it 4-2 when Rukavytsya converted, and then Kane restored Tottenham’s three-goal lead after a Davies cross was slammed into Ernest Mabouka’s arm.

Kane completed his hat-trick in the 74th minute with a trademark cute finish, but Bergwijn deserves the credit as he made it with a sublime piece of skill which left his marker for dead and an inch-perfect throughball.

With Mourinho considering the job done he withdrew Kane immediately, but Spurs still found the net again. Alli, brought on as a second-half substitute, converted a penalty that he had won with an excellent piece of skill at the death.

When is the Europa League draw?

The Europa League draw for the 2020/21 season takes place on Friday, with Arsenal, Leicester, Tottenham, Celtic and Rangers set to learn their fate.

The draw takes place at 12pm on Friday, October 2 at the House of European Football in Nyon, Switzerland.