Tottenham boss Jose Mourinho has opted to make a number of changes to his squad to face Wolfsberger this evening with one foot already into the next round of the Europa League and some fans hope the Spurs boss has dropped a hint on his team for the weekend. Erik Lamela and and Eric Dier are the only players to retain their place in the starting line up to face Wolfsberger this evening with Mourinho making wholesale changes from the side who lost to West Ham at the weekend.

Joe Hart replaces Hugo Lloris in goal while Toby Alderweireld partners Dier at the back.

Matt Doherty and Ben Davies take up the full-back positions and Mourinho has opted for a midfield trio of Moussa Sissoko, Harry Winks and Dele Alli.

Up front, Lamela will be partnered by Steven Bergwijn and Carlos Vinicius with most of Tottenham’s key players given a rest.

Harry Kane, Heung-min Son and Tanguy Ndombele have all been named on the bench. 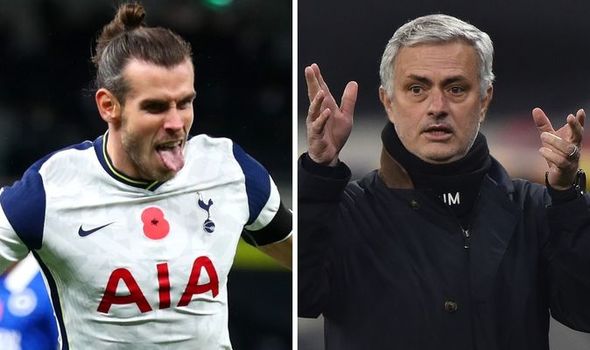 But some Tottenham fans also believe the fact Gareth Bale is among the substitutes means the Wales international could be in line to start against Burnley at the weekend.

Bale has only started two Premier League games since returning to Tottenham on loan last summer, but he impressed when he came on in the second half against the Hammers at the weekend.

And some Spurs fans are hoping to see Bale given a chance to start in the Premier League this weekend.

Another tweeted: “BALE FOR SUNDAY.”

A third posted: “Bale being kept fresh for Sunday!”

A fourth said: “You better start Bale against Burnley.”

Mourinho has faced constant calls all season to give Bale more minutes from fans and pundits, but the Tottenham boss has been cautious to play him too much.

Bale has continued to struggle with a number of niggling injuries which has limited his playing time. 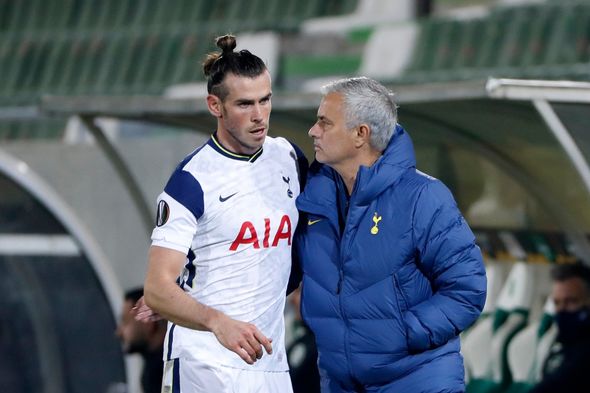 But Mourinho has hinted that the worst is behind Bale now and a more regular role in the starting line up could come in the remainining months of the season.

“He doesn’t need to convince me of anything. I am totally convinced about everything,” Mourinho said.

“It’s not about convincing me, it’s about being ready to play the minutes we all would love him to play.

“It’s a process. You feel that in matches in the last couple of years. It’s the process. We want him of course to be ready to play every minute of every game.

“He is a player with special qualities, you could see against West Ham in the second 45 minutes the positive impact in the quality of the game. He had a cross, he had a couple of assists, he hit the crossbar.