Tottenham manager Jose Mourinho has begged referee Martin Atkinson and fourth official Kevin Friend “to act the way they have to act” if Liverpool rival Jurgen Klopp indulges in more touchline histrionics during their Premier League clash on Thursday night.

In December, the Tottenham manager complained about his Liverpool counterpart’s exuberant behaviour in the return fixture, saying: “If I behaved the same, I’ve no chance to stay there – I’m out one minute after.”

Klopp’s behaviour has been called into question by a number of his peers in the past, including Frank Lampard, Sam Allardyce and Tony Pulis.

But Mourinho feels he leads a charmed life as far as the FA are concerned.

The German seems to brush rarely with the authorities, merely being charged for over-exuberant celebrations at the Merseyside derby in 2018 and for questioning the integrity of Friend, the man alongside Klopp watching his every move tonight, in a West Ham game a few months later. 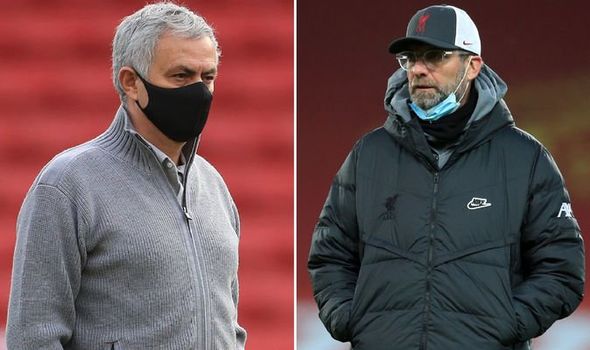 And Spurs boss Mourinho wants his counterpart to be treated similarly to he has been over the years.

“What I can say, is when I didn’t behave well I paid the price,” Mourinho said.

“And I paid the price in two ways: one was to see matches on TV in the dressing room and another price was big-money fines.

“I feel that, for some of the other guys, it doesn’t happen the same. 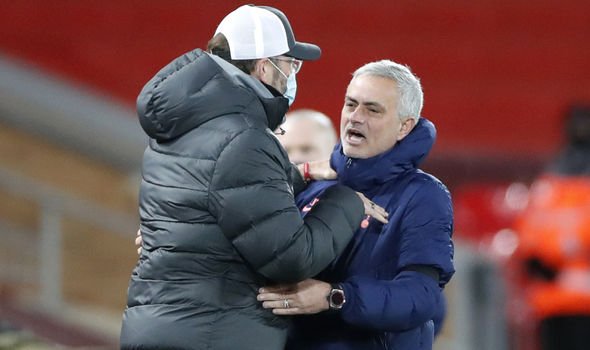 “But, if the referee and the fourth official are there to do that job, I just hope they do that job and act the way they have to act.”

Ironically, calls before a match for officials to display a particular sort of behaviour is something the authorities are generally particularly quick to stamp down on.

Generally, though, even in high-pressure confrontations like the one anticipated at White Hart Lane tonight, Mourinho feels he has slowly “evolved” to keep himself out of trouble.

“I felt an evolution on the emotional control,” he promised. “The calmer I am, the better I can read the game.

“And I’m even happy that my assistants can look to the touchline sometimes for communication and I see that I am still stay in a privileged position.

“I felt that I had to change my behaviour, which I’m really really happy with. That’s my personal case. I cannot speak for other guys.”

Tottenham go into the game buoyed by five wins in their last six games, while Liverpool have won only once in 2021.

Mourinho feels that however much they try to bluster it out, Klopp’s side are missing Virgil Van Dijk as much as Tottenham miss Harry Kane.

“They lost a fundamental player,” he said. “We can say what we want, we can try to hide things, but some players are special and they are impossible to replace.”