Tottenham are reportedly considering former Chelsea boss Maurizio Sarri as a potential replacement for Jose Mourinho should they part company with The Special One. Mourinho is under increasing pressure with Spurs languishing in seventh place in the Premier League amid concerns they could lose Harry Kane in the summer transfer window.

Sunday’s home defeat to Manchester United has left Tottenham six points adrift of the top four with their hopes of qualifying for next season’s Champions League fading fast.

That has heightened concerns star striker Kane could leave in the summer, with the top flight’s leading marksman having been linked with United, Manchester City and even London rivals Chelsea, among other clubs.

All this has piled the pressure on Mourinho, with Wolves boss Nuno Espirito Santo being eyed as a potential replacement.

But Tottenham chairman Daniel Levy is also looking at former boss Chelsea boss Sarri, according to one report. 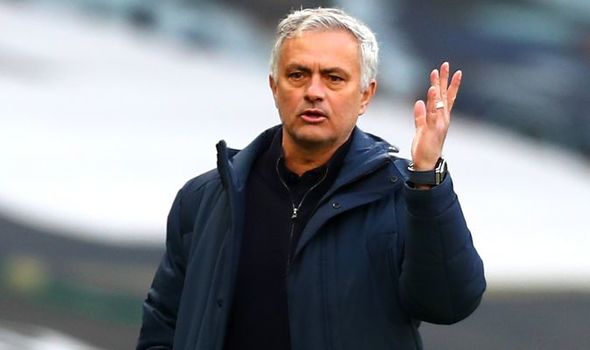 Sarri guided Juventus to the Serie A title term after leading Chelsea to an undefeated Europa League triumph the previous campaign.

And he has been identified as a candidate to replace Mourinho, according to a report from Rai Sport, cited by Live Soccer TV.

The report claims Mourinho will be sacked this summer if he fails to either secure a Champions League spot or mastermind a victory over City in this month’s Carabao Cup final.

The first of those targets is looking increasingly unlikely, with Spurs having seven games remaining to overhaul a six-point gap to fourth spot, currently occupied by West Ham. 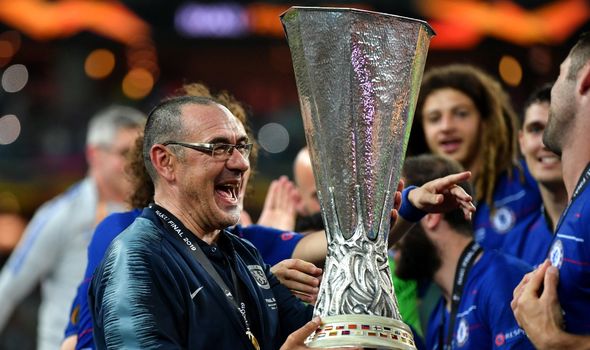 And that places a huge amount of pressure on the April 25 showpiece at Wembley, where Spurs will attempt to stop City winning the Carabao Cup for a fourth succcessive season under Pep Guardiola.

Should Mourinho lose his job, Sarri would be readily available having been sacked by Juventus last summer.

The report from Rai Sport claims he is also being targeted by Napoli as a possible successor to Gennaro Gattuso.

And given the choice, the 62-year-old would likely opt for a return to the Serie A side over Tottenham.

Spurs have also been linked with Leicester manager Brendan Rodgers and Fulham boss Scott Parker, as well as Nuno and Sarri.