Tottenham midfielder Pierre-Emile Hojbjgerg has sent a message to Josh Dasilva following the Brentford star’s red card tackle on him in Tuesday’s Carabao Cup semi-final. Dasilva was given his marching orders by referee Mike Dean for a strong challenge on Hojbjerg which left the Spurs ace with a nasty cut on his shin. Tottenham won the game 2-0 thanks to goals from Moussa Sissoko and Son Heung-min and will play Manchester United or Manchester City in the final at Wembley in April.

Referee Dean didn’t initially give the red card but after consulting with VAR and reviewing the incident on the pitchside monitor, he sent former Arsenal academy star Dasilva off with under 10 minutes of the match remaining.

Hojbjerg reacted angrily to the tackle when he saw the extent of the damage to his leg.

The Denmark international was substituted by Jose Mourinho in order for him to receive some treatment.

After the game, Dasilva tweeted that he will learn from the incident. 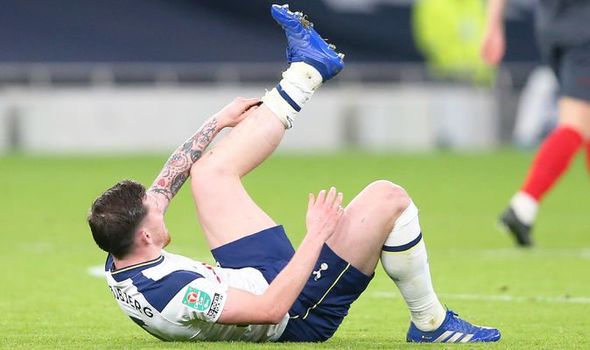 The 22-year-old wrote: “Anyone that knows me, knows it was never intentional.. will learn from this.”

Hojbjerg quote tweeted Dasilva’s message and accepted that there was no intent in the challenge.

Hojbjerg responded: “Of course you didn’t mean it. So don’t worry. I’m a viking and I am fine. But… You owe me a new shin pad.”

“You have a great future ahead @joshdasilva_.

“Best of luck to you and your team.

Brentford boss Thomas Frank also insisted there was no malicious intent from Dasilva.

“Maybe it could be given but if you know Josh Dasilva I don’t think he even got a yellow card before,” Frank told Sky Sports. 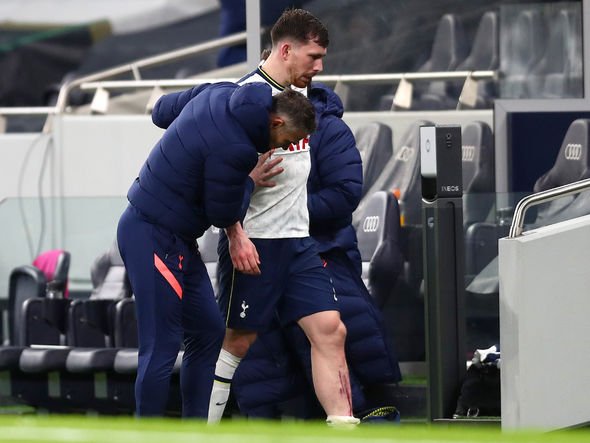 “I’ve never seen him go in physically into a tackle. He definitely didn’t do it on purpose. I think he slipped and he caught him so that’s it.”

Redknapp said: “Do I think it’s a red card? Yes, because he has endangered an opponent. But does he mean it? Absolutely not.

“I think he’s got the skill and he almost tries to chop it between his legs. But then almost loses control of his body and his right leg comes out. If you stop [the replay] it on the contact, it’s horrendous.

“But did he mean to do it? No. Most of the players I’ve played football with, if they’re right-footed, you tackle with your right foot.

“He’s left-footed so he wouldn’t even need to tackle with his right foot. If you look at his [Hojbjerg] leg and it’s a right mess.

“But I don’t believe for one second that Josh Dasilva has meant to do him but it looks really bad I get that.”