Tottenham training in the DARK ahead of Premier League return

Antonio Conte has made Tottenham’s stars train in the DARK to get into top shape ahead of Premier League return, reveals Dejan Kulusevski – with winger declaring the sessions have been ‘harder than pre-season’

Antonio Conte has been making his Tottenham stars run in the dark to get them up to speed for the Premier League return.

While rivals headed for sunnier climes to prepare for action, Conte’s team stayed at their Enfield training base, where the second of his double sessions would often rumble on past sunset in sub-zero temperatures – and not always under floodlights.

‘It has been like another pre-season,’ said forward Dejan Kulusevski, who was among those not at the World Cup because Sweden failed to qualify. ‘We just forgot everything and started over from the beginning with hard work and just a lot of running and gym. 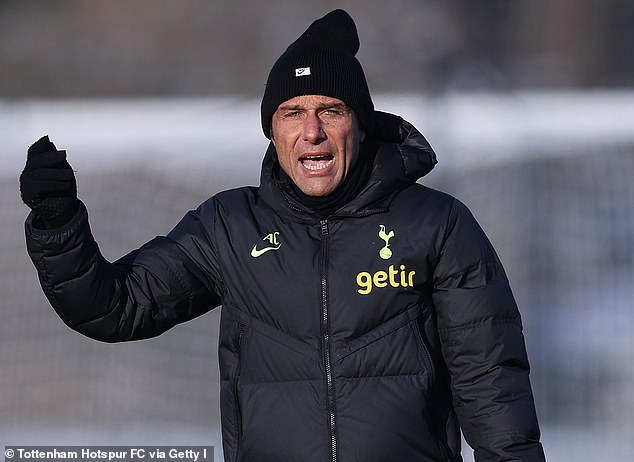 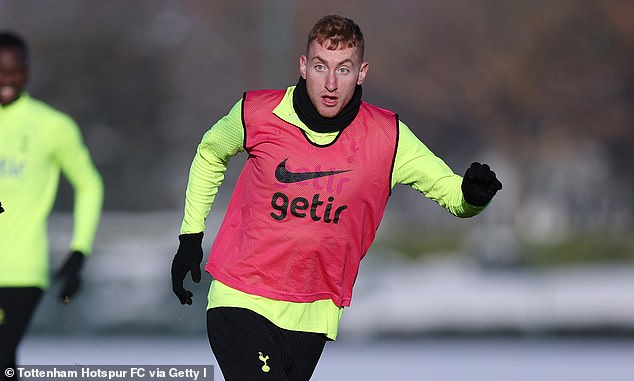 ‘I think it was a little harder than pre-season. We did a lot of running, a lot of gym. It has been a lot of training. So much running in the dark but in a way that is fun. Sometimes the light doesn’t work so you know you have to run in the dark.

‘It is fun also with your team-mates, with your brothers so we’ve been enjoying it.’

Conte gave his players a short break when the Premier League season paused in mid-November and then focused on their fitness when they reconvened.

His running sessions can be notoriously tough, as witnessed on the pre-season tour in South Korea this year when Harry Kane threw up on the training pitch and Son Heung-min collapsed exhausted to the shock of the Korean fans invited into the stadium to watch. 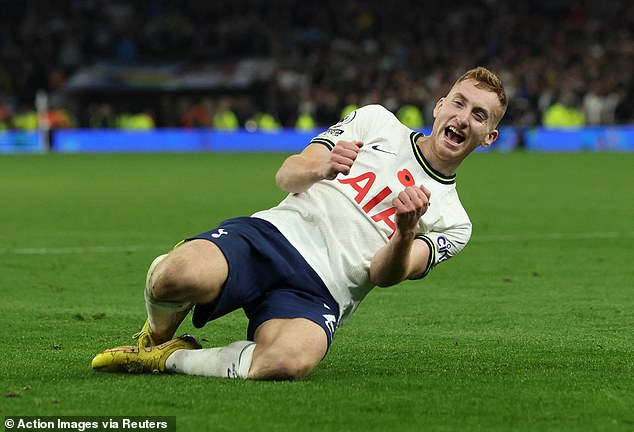 The 22-year-old Swede missed more than a month of football after an injury on international duty in September but he is back in top shape ahead of Tottenham’s trip to Brentford on Boxing Day, and expecting the team, currently in fourth, to improve.

‘I expect better results than the first months of the season,’ said Kulusevski. ‘We can do better and we’ve been working so now it is time to show what we’ve been doing. We have a lot of quality players that still can make more.’

Spurs produced a strong second half of last season to claim fourth and return to the Champions League.

‘We absolutely did and I can’t wait,’ said Kulusevski. ‘We’re in a good position in the Premier League, we are in the Champions League against Milan so it’s going to be six months but it’s going to be fantastic and I’m looking forward to it.’