Watford star Troy Deeney has agreed with Manchester United boss Ole Gunnar Solskjaer in the wake of the Red Devils’ 6-2 win over Leeds on Sunday. The Norwegian insisted it was too early to talk about winning the Premier League title after the clash. And Deeney has backed that assessment, insisting now isn’t the time to speculate about their chances of ending their wait for the prize.

United were entertaining and enterprising as they beat Leeds on Sunday.

Scott McTominay and Bruno Fernandes both bagged braces for the Red Devils, with Victor Lindelof and Daniel James also on target.

After the game, Solskjaer insisted now wasn’t the time to talk about his side winning the title.

“We’re a work in a progress. We’re getting better, fitter and stronger, but there’s still a few details to nail.

“Let’s talk about the title later on – the league position isn’t even something we’re looking at. 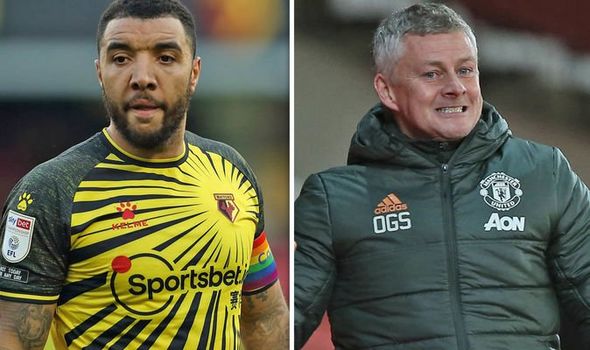 And Deeney, speaking on talkSPORT, has agreed with the United boss’ claim.

“I see a lot of people saying, ‘United are back in the title race’, but if that’s the case then we have to put Villa in the same breath,” he said.

“They’ve got two games in hand and if they win both, Man United being one of them, they would be second.

“[Ole Gunnar] Solskjaer is right; I think we are getting caught up as we know it’s Christmas and mentally we think it’s halfway through the season. 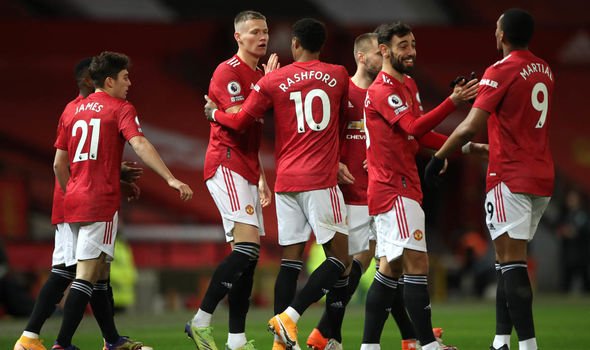 “Ally [McCoist] says it week in, week out. Enjoy these crazy seasons. It’s crazy but enjoy it.”

Solskjaer was happy with United’s performance against Leeds, hailing them for their attacking intent and admitting they were perfect right from the start.

“That was fantastic from the first minute,” he said.

“We had a plan to get after them, go forwards when we had the ball and Scott McTominay got two goals in the first three minutes!

“We found a way of getting them going, Just imagine if there were 75,000 people in, it would have gone down in history as one of the great performances against Leeds.

“We had to earn the right by running as much as them, that’s a challenge.

“I enjoyed it, it was frantic, hectic. No matter what the score is they have a certain attitude or style, if they are 5-0 up or down.

“We are not even at the halfway point, the league position is not something we look at we look at the improvement of the team.

“Now we are getting fitter and stronger. Our fans needed that one.”