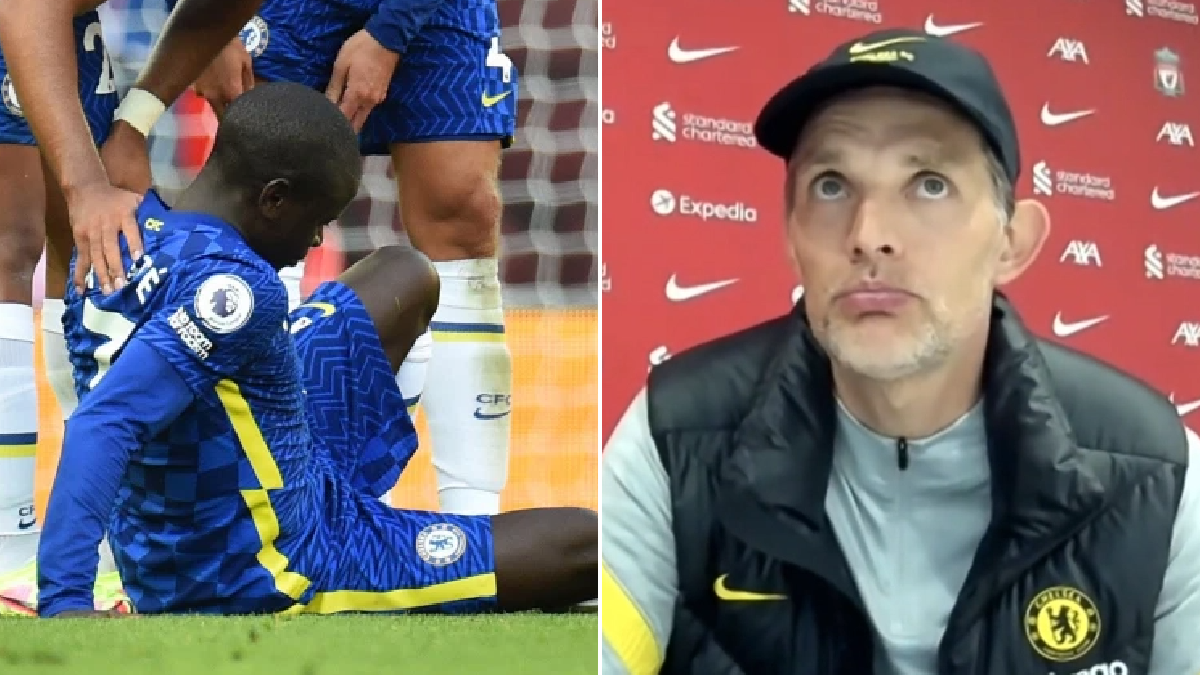 Chelsea manager Thomas Tuchel has singled out ‘super talented’ defender Andreas Christensen for his performance against Liverpool on Saturday, while he also provided an injury update on N’Golo Kante.

The west Londoners took an early lead through Kai Havertz at Anfield and looked very dangerous, but the game flipped on its head just before half-time when Reece James was adjudged to have handled the ball on the line.

After consulting VAR, referee Anthony Taylor showed the young defender a red card and awarded Liverpool a penalty, which they scored, with Chelsea forced to play the rest of the game with 10 men.

Despite their numerical disadvantage, the Blues gave a hard-fought and dogged display to draw 1-1 and Tuchel was delighted with what he saw, giving particular praise to Christensen who was named Man of the Match for his performance.

‘Andreas has been very strong for us from day one. He started in the central position and finished the game in the right position, because we decided to bring on Thiago Silva and stay with the back five,’ said Tuchel at his post-match press conference.

‘Andreas is very strong, he’s super talented. He loves Chelsea, he’s a Chelsea boy from the academy, this has a huge impact in the moment.

‘I think he feels the trust, he knows what to do, he can absolutely help, he’s a top defender and a top guy.

‘I have the feeling he’s growing every week in confidence and personality, which is good and he’s doing fantastic since day one and getting better and better.’

Chelsea had to sub off Kante at half-time after he picked up an injury, with Tuchel confirming that the Frenchman twisted his ankle, though he does not expect the midfielder to be sidelined for very long.

He continued: ‘He is injured. He missed the Arsenal game because of some pain in the ankle and some inflammation, but it was nothing serious obviously because he was back in training and he started today.

‘In winning the ball in this situation I think the opponent fell on his ankle and he twisted it again and he had immediately the same pain he had before the Arsenal game and he was lacking force to accelerate and we had to take him off.

‘Can there be any harder challenges than going one man down and taking N’Golo Kante off at the same time at half-time at Anfield and having Liverpool playing towards the Kop? It’s a pretty tough one but we did excellent and I’m super happy with how we did and we feel like we deserved a point very well.’