It was during a conversation with Red Bull Salzburg head coach Jesse Marsch about the extraordinary gifts of Erling Haaland that another name came up. The American was discussing the competitive instincts, the absolute fearlessness of the Dortmund striker, and mentioned that – though impressive – this was not the first time he had seen them in a player.

“The first player I ever coached who I saw that in was Tyler Adams. I watched him play, had a 10-minute conversation with him after that game and said to myself, ‘This kid is going to be massive’. He was only 15 but it was so easy to see that he had all the tools, mostly from a mental and intelligence perspective, to do whatever it takes.”

Seven years on from that conversation, Adams is in the media room at RB Leipzig, chasing a Bundesliga title and preparing to face Liverpool in the Champions League.

He does not recall exactly what he said to Marsch that day that so impressed him when they were together in New York but there is no chance of him forgetting the coach who changed his life.

“Jesse was such an influential figure for me,” Adams tells Sky Sports. “The person who ultimately convinced me to sign a professional contract was him. He had this blueprint for me. He had this plan that made me believe in myself and my abilities that basically convinced me that if I were to succeed it would be through this system.

“We have such a great relationship to this day. We talk a lot. We are always in contact. He texted me on my birthday recently. It was great for me that he was also at Leipzig when I arrived because it made the transition very smooth for me. I was very grateful for that.”

Adams is just one of an exciting generation of American players making a big impact in Europe. But while Chelsea’s Christian Pulisic and Weston McKennie at Juventus were spotted as teenagers and embedded in top academies, his story is slightly different.

This was a player with two seasons in MLS behind him before crossing the Atlantic. He was a star with New York Red Bulls – even scoring on his professional debut in a friendly against Chelsea aged just 16 – long before making the seamless transition to life at Leipzig.

Was this all part of Marsch’s plan?

“It all worked out,” says Adams, smiling.

“The decision for me was to start in the USL level in America and then when I was able to get games there really focus on making the jump to MLS. I think I did that sooner than he probably projected and I was able to make an impact on the team. With a couple of good seasons under my belt I made the jump to Leipzig.

“We had talked about it when I signed my contract in MLS that my ambition was to play in Europe. He knew that was my goal. Whether it was to come to a massive club like Leipzig, who knows, but after the U20 World Cup I had multiple teams on my radar. We felt that staying within this family and joining Leipzig was huge.” That is a reference to the ownership of both clubs. The Red Bull philosophy instituted by Ralf Rangnick, with an emphasis on pressing and the importance of the counter-attack, no doubt helped Adams adjust. But the arrival of Julian Nagelsmann in 2019 marked a change of approach, an evolution that required adaptation.

“Under Ralf Rangnick, we played almost the same football. Now, under Julian, we play a variation of the idea that we once had. We do not lose the defensive side of our game, the quick transition, the pressing moments, but with the ball we are much stronger. We can keep it in difficult moments, pass our way out of certain situations.

“That is where Julian’s tactical ideas really come into play because he wants us to be brave on the ball and take risks. He knows that sometimes it is not going to pay off and we might not succeed but he is not afraid of us making mistakes. He trusts us.”

At 33, Nagelsmann is regarded as one of the brightest young coaches in Europe with the top jobs in the game seemingly an inevitability sooner rather than later. From Adams’ perspective, the testimony is simple – this is a man who has made him better.

“You have to be able to play multiple positions for him, you have to be flexible. Now, I am able to slot into different positions and always understand my role. Whether it is playing out wide with my back to the touchline or playing as a hybrid number six or eight, it has really helped me tactically to understand the game at a different level.

“His details are so specific and a lot of the games where we do best in are ones where we follow the plan best. Whether it is attacking a particular space or playing a certain pass to this player’s foot, we know that if we do it exactly, it is going to make us successful. From a tactical perspective, his variations, he is just very intelligent.” 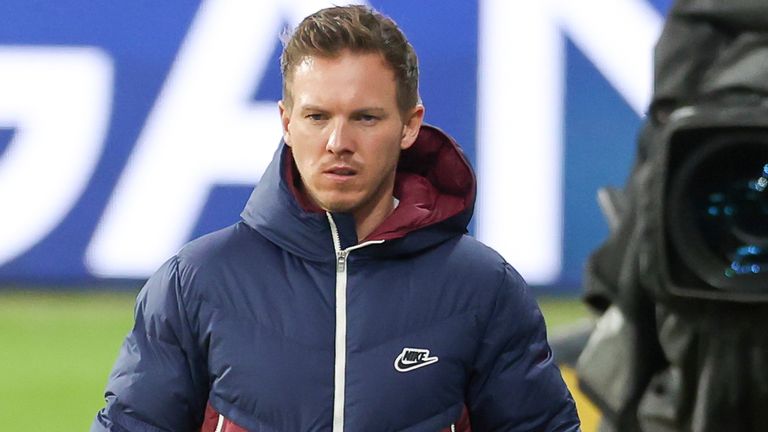 Adams is better placed than most to evaluate that intelligence. He studies psychology, a passion rather than a chore. It has led to some on-the-job case studies from Nagelsmann on how to motivate a group. In particular, there is his unusual approach to announcing his team selection, revealing it to the players just before kick-off.

“When I first found out that we would not be getting the line up until 30 minutes before the game, I was like, ‘What is happening here? This is ridiculous. I want to prepare mentally.’ But now I am at the point where I am at peace with it. You realise that you have to work hard throughout the week leading up to that 30-minute mark just before kick-off. You stay tuned in to the details.

“I think that has created a very good team spirit because everybody is supporting each other now and when we get that team line-up on the board, of course you are going to be disappointed if you’re not playing, but you are supporting the player who is playing. You have to do that in order to create a successful team.”

For Adams, psychology is a hobby. “I am more fortunate, right. When you have a job where you are making money already and studying on the side, you can focus on something that really interests you rather than going into a field for money when a lot of kids at 17 or 18 have no idea what they want to do with their lives yet.”

But he also believes it is helping him as a player. “It is important to understand the psychological side of the game because there are things you need to deal with, criticisms that you need to handle, so many nuances that you need to be successful.” That strong mentality that Marsch identified in him as a boy is still being honed. 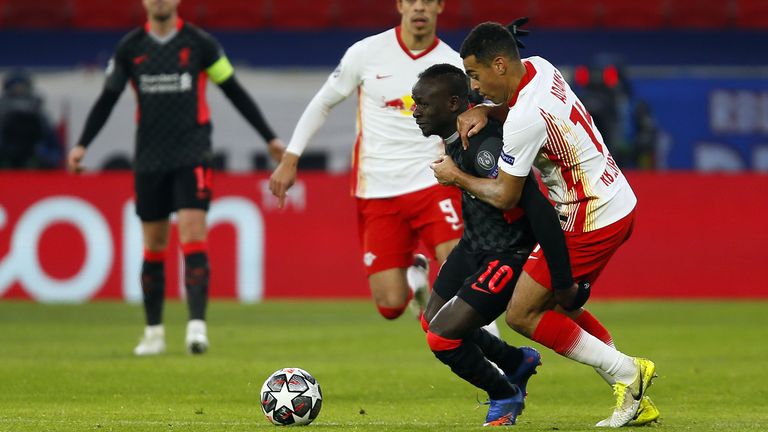 It has even manifested itself in some high-profile charitable initiatives. Living and working in Europe, Adams was ahead of many of his countrymen in appreciating the significance of the global pandemic that would go on to take so many American lives. He teamed up with Pulisic and McKennie to support Feeding America, supplying food banks back home.

“Feeding America is one of the broader things I have done. For me, it is always important to think about what I can do in my community at home. I talked to my parents and they always have good ideas about what we can do to give back. We were really happy with how that worked out but there is so much more that can be done.”

As a result, his take on the spat between his compatriot, basketball superstar LeBron James, and the iconic striker Zlatan Ibrahimovic, who effectively told James to ‘stick to sports’ rather than dip into politic matters, is a predictable one. Adams is one of a growing number of younger athletes keen to use their platform for change.

“I admire LeBron James for a lot of the things that he has done. He is clearly more than an athlete. He understands his role in the community and the effect that he can have on people. It is important to understand that there are so many looking up to you. If you have the platform to do good, there is nothing wrong with that.”

In the coming months, Adams could cement his status as one of the next generation of American sporting heroes. Leipzig are underdogs in the Bundesliga title race but are on a six-game winning run that has taken them to within two points of Bayern Munich.

In the Champions League, there is a two-goal deficit to overhaul against Liverpool following the first leg but given the relative form of the two teams, a comeback cannot be ruled out.

“Anyone who watched that first game would say it was a great game of football. Two mistakes obviously let us down a little bit but we left that field thinking we could have got more from this game. I think that is important for us going into the second leg.

“Obviously, playing Liverpool is always tough and we respect them but we also need teams to respect us. We are going out there to give our all and get a result. The plan really is just to keep focusing game by game. That is what has kept us humble and successful.”

Tyler Adams has grown up. But clearly he is still fearless.