UEFA president Aleksander Ceferin has admitted he is having sleepless nights trying to cope with the strain of organising football during the coronavirus crisis.

Ceferin wants to present all the 55 member associations with a new calendar for the rest of the season on May 18.

But the Slovenian, a former lawyer, has admitted that the strain of trying to sort out the mess that football is currently in due to the COVID-19 pandemic, is beginning to tell.

Ceferin said: “I am having many sleepless nights. I wake up at 4 in the morning, and I cannot sleep any more.”

UEFA have set up a working party to sort out a revised calendar for football – and they hope to present that new schedule for domestic competitions and the Champions and Europa Leagues by May 18. 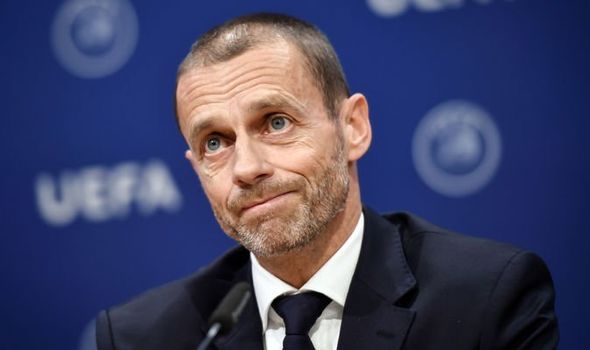 The European governing body have stressed that any plans will depend on government authorisation in each country.

UEFA wants domestic leagues to start up again in June and completed, so that the Champions and Europa league can be played in July and August.

Ceferin said: “It is an extraordinary situation we are in, so we are flexible on dates and kick-off times. If the crisis eases earlier, then we can start sooner.

“The only wrong decision we could make now would be to play in a way that puts the health and safety of players, fans and referees at risk.

“However, if we are in secure conditions, then I don’t see the problem.

“We are confident that football can restart in the months to come — with conditions that will be dictated by public authorities — and believe that any decision of abandoning domestic competitions is premature.

“The conclusion of the current season must be coordinated with the start of the new one, which may be partly impacted because of the overstretch.

“It is of paramount importance that even a disruptive event like this epidemic does not prevent our competitions from being decided on the field.”

Ceferin added: “It is still better to play the game behind closed doors and have it on TV, which is what the people need and want because it brings positive energy to their homes, than not playing at all.

“That’s what the people want, that brings positive energy, and it will be July or August. We can’t play it out in September or October.”

Ceferin had wrongly been quoted as declaring that the Champions League would need to be concluded by the start of August. 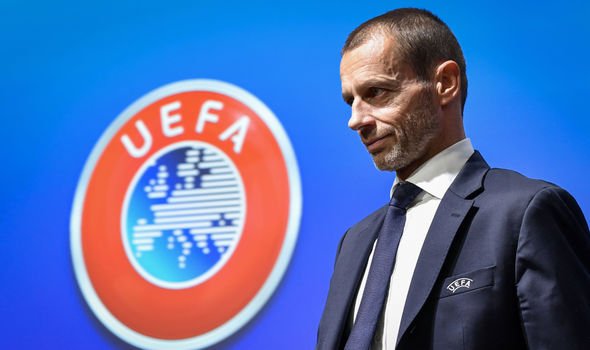 And on Sunday, UEFA said in a statement: “It has been reported that UEFA president, Aleksander Čeferin told ZDF in Germany that the UEFA Champions League must finish by 3 August.

“This is not true. The president was very clear not to set exact dates for the end of the season.

“UEFA is currently analysing all options to complete domestic and European seasons with the European Club Association and the European Leagues in the working group set up on 17 March.

“The primary priority of all the members of the working group is to preserve public health.

“Following on from that, it is to find calendar solutions to complete all competitions.

“Options are currently being studied to play matches in July and in August if needed, depending on restart dates and the permission of national authorities.”