Arsenal and Manchester United could both qualify for the Champions League next season, at the expense of Chelsea and Leicester City, under a UEFA proposal put forward if domestic seasons cannot be completed.

According to The Sun, Euro chiefs have been urged to order associations to use UEFA coefficient scores to determine which teams play in the Champions League and Europa League next season.

The plan was urged to be considered as an option as Uefa held a video conference with the 55 national associations.

And while there is consensus to try and resume leagues across Europe by June, for clubs to play out the remaining games of the season, chiefs will consider using coefficient rankings if leagues cannot be finished. 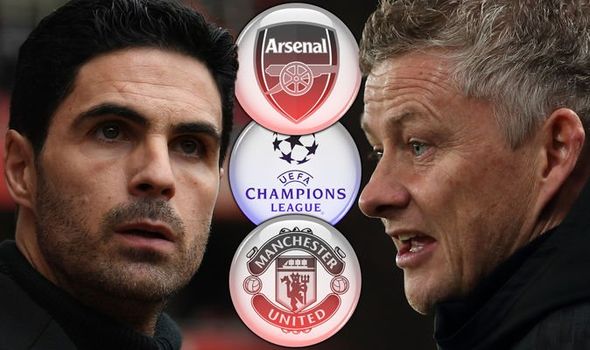 Tottenham, Chelsea and Leicester would then be in the Europa League.

Sixteen of the 20 Premier League teams have nine games to play, with four having 10 left.

However, the proposal would see the Foxes and the Blues, who currently sit third and fourth in the table respectively missing out on Champions League football.

They would instead be replaced with Arsenal and United.

The Gunners are currently ninth in the table and are eight points off fourth-placed Chelsea, with a game in hand.

The Red Devils meanwhile, are fifth in the table and three points off the top-four places.

The report claims that Premier League clubs are consulting their lawyers to fight UEFA if they decided to use coefficient scores.

Following the meeting, UEFA released a statement which said: “There was a strong recommendation given to finish domestic top division and cup competitions. 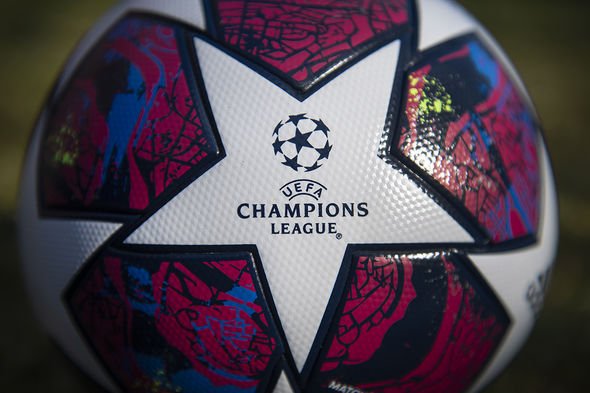 “But some special cases will be heard once guidelines concerning participation to European competitions – in case of a cancelled league – have been developed.

UEFA coefficient scores are based on the results of teams competing in the five previous seasons of the Champions League and Europa League.

For Premier League teams, City have the highest tally with 112 points, followed by Liverpool on 99, United on 92 and Arsenal on 91.

Meanwhile, Tottenham have 85 points, with Chelsea on 83 and Leicester on 22.