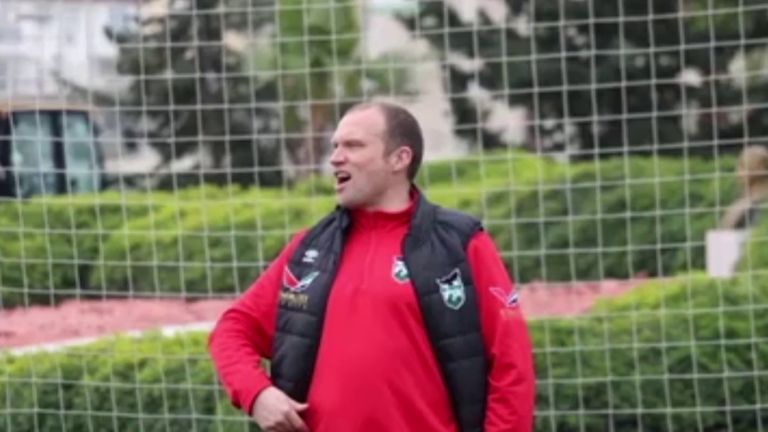 In the south-west Bulgarian town of Blagoevgrad, Warren Feeney, via video call from his office, points outside at the training pitches of the club he joined in November.

“It’s where Dimitar Berbatov started as a kid,” the former Bournemouth striker tells Sky Sports News. “I think his house is actually about 150 yards away from the stadium, so if we can find another player like him we’d be more than happy!”

Feeney is in charge of second division side Pirin Blagoevgrad and as the coronavirus pandemic intensified he suddenly found himself thousands of miles from wife Katy and family, with no matches to prepare for.

“It’s been difficult, I’m not going to lie,” he reveals. “I thought about going home but there was a possibility of being quarantined for two weeks so I wouldn’t see my family anyway. I think looking at the bigger picture it’s a wise decision to stay.” Instead he oversees training programmes – they can only go out in twos – and attempts to keep the players engaged. It helps that the owners have splashed out on “seven or eight” PlayStation consoles for the squad.

“It’s better than them doing the toilet roll challenge,” Feeney jokes. “You can see how much fitness they lose. I’m sure it’s the same with other players at the top level. We try to keep them occupied.

“The club has been very good. They own some restaurants so all the boys are getting fed at the moment. We go and pick up the food [because of isolation]. They look after us.” 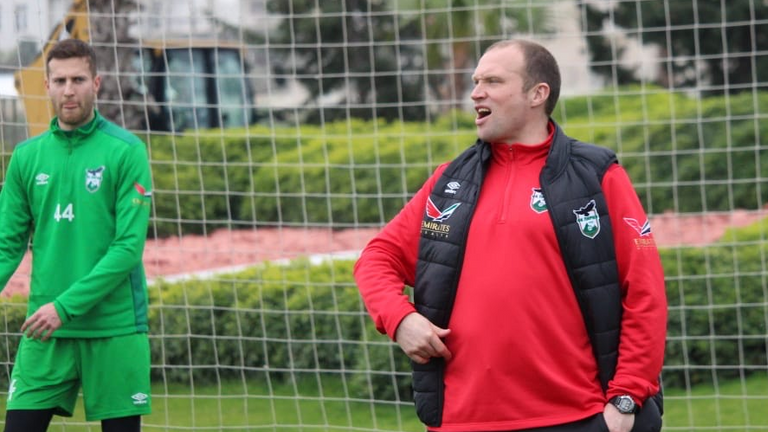 Once a manager of Newport County and Northern Ireland champions Linfield, Feeney was also assistant to Harry Kewell at Crawley and Notts County before another spell in his home country with Ards.

A former team-mate of his, who had been advising Pirin’s Dubai based investors, recommended him for the job and Feeney is seeing the bigger picture.

“It’s a lovely place with fantastic owners,” he says. “It’s owned by Emirates Wealth and they really are looking after everyone. They have massive plans and have just built a new training ground with a lot of money.

“I can go and live anywhere and I get on with it. I’ve been very impressed with not just the club but the town of Blagoevgrad and Bulgaria itself.” Football largely takes a back seat for Feeney as planning for next season is proving virtually impossible.

“I’m speaking to agents and clubs and no one knows what’s going on so you can’t really plan because if the season does get extended are players contracts going to get extended?” he says.

“It’s a difficult one. FIFA and UEFA are doing all they can but we’ve got to address it day by day and that’s what we’re prepared for.

“If the football season has to finish it has to finish but it’s only a sport in a population of billions. It is a crisis. I was listening to Harry Kane on Sky Sports News and I think he was spot on when he said there needs to be a cut off point.” Feeney had watched on from afar, a month before taking the job, as the name of Bulgarian football was tarnished after the racist abuse of England players led to a stadium ban from UEFA.

“Bulgaria doesn’t want it [racism],” he says. “It’s a minority of fans. It’s not something we want and I’ve certainly not seen it at our games.

“I’ve been to a couple of games in the big league and have not seen it there either. Maybe fans came out just for that game to be heard. We don’t want it in football.