Germany, the Netherlands, Croatia and Italy will play international friendlies on Wednesday, live on Sky Sports, while Portugal face Spain. All the team news, plus the players to watch…

Portugal vs Spain – who will take bragging rights? Meanwhile, because of Napoli’s coronavirus outbreak, left-back Mario Rui is out of the squad and is replaced by Nuno Sequeira, who is called up to the squad for the first time.

Team news: Spain: Adama Traore is in the Spain squad despite also being called up by Mali, while on-loan Arsenal midfielder Dani Ceballos has also returned to the international fould.

Meanwhile, full-backs Jordi Alba and Dani Carvajal are out of the Luis Enrique’s squad through injury.

Player watch: Wolves star Daniel Podence could win his first cap for Portugal, while Barcelona’s Ansu Fati will be looking to build on his first international goal against Ukraine last time out, which made him Spain’s youngest-ever goalscorer. 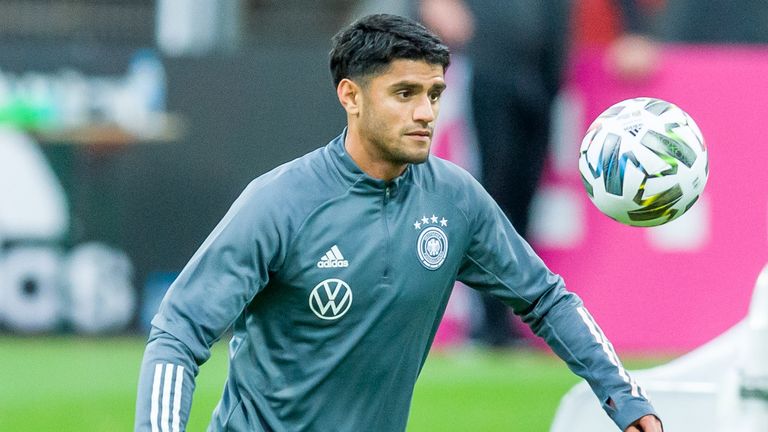 Team news – Germany: Timo Werner has been ruled out with a “slight cold”. Joachim Low will not use any Bayern Munich or RB Leipzig players, who were in action in the Champions League as late as August before the start of the new season in September, in order to rest them.

Team news – Turkey: Goalkeeper Gokhan Akkan has been called up to the Turkey squad for the first time and will look to benefit as part of an experimental line-up in this friendly. Captain Burak Yilmaz will lead the line.

Player watch: There could be a start for Arsenal goalkeeper Bernd Leno with Chelsea duo Antonio Rudiger and Kai Havertz both in the Germany squad. Borussia Monchengladbach pair Jonas Hofmann and Florian Neuahus, plus Dortmund’s Mahmoud Dahoud, could also earn their first Germany caps.

Leicester could have a first glimpse of their summer loan signing Cengiz Under, who is included in Turkey’s squad, along with Foxes defender Caglar Soyuncu.

Team news – Netherlands: New head coach Frank de Boer could rest Virgil van Dijk having featured in three games for Liverpool in a week. Memphis Depay was close to joining Barcelona on Deadline Day, but the events leading up to that move collapsing may mean he too is rested.

Several others who played abroad on Sunday are unlikely to start this contest. Teun Koopmeiners is in line for his first cap while his AZ Alkmaar team-mate Owen Wijndal could also start at left-back.

Team news – Mexico: Head coach Gerardo Martino is able to call upon his European-based players while Ajax centre-back Edson Alvarez is expected to feature on his home ground. Raul Jimenez will lead the line, flanked by Jesus Corona and Diego Lainez in the absence of Hirving Lozano.

Player watch: Manchester United midfielder Donny van de Beek will be hoping to get some minutes under his belt having yet to start in the Premier League since his summer move. Should Van Dijk be selected, he and Liverpool team-mate Georginio Wijnaldum will also be looking to arrest some demons after the 7-2 defeat to Aston Villa on Sunday.

The most recognisable name for Premier League fans in Mexico’s squad will be Wolves striker Jimenez. He has 24 international goals and 82 caps, having already scored twice in the Premier League this season. 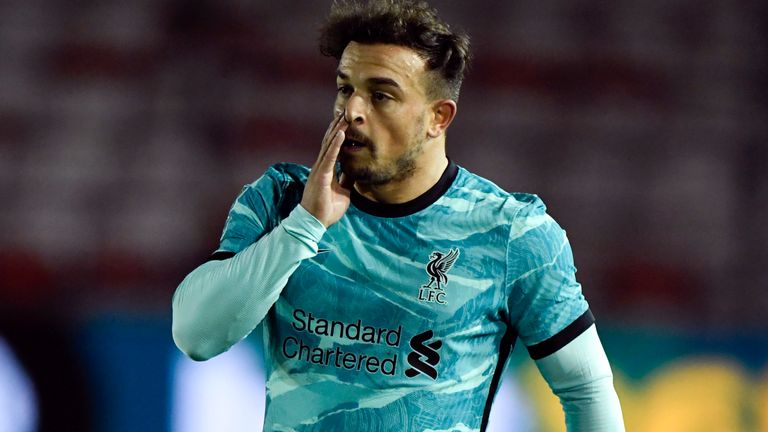 Team news – Switzerland: Despite being included in the squad, Xherdan Shaqiri recently tested positive for coronavirus and will not feature against Croatia.

Wolfsburg midfielder Renato Steffen has also had to pull out of the squad after testing positive for coronavirus but Nice defender Jordan Lotomba is in line to make his senior debut. 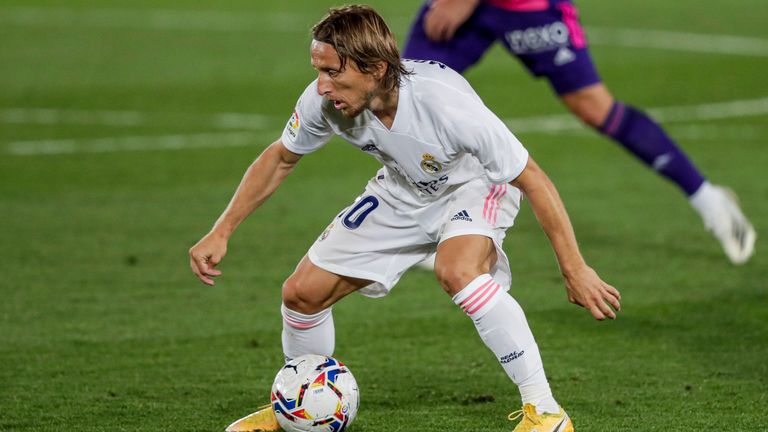 Team news – Croatia: For the World Cup 2018 finalists, life begins without Ivan Rakitic after the Sevilla midfielder confirmed last month that he has retired from international football.

Lille defender Domagoj Bradaric has earned a first call-up and Luka Modric is back in the fold after missing the September Nations League encounters. Ivan Perisic, Ante Rebic and Marcelo Brozovic are expected to start having been named in the 26-man squad for the three upcoming games.

Player watch: Newcastle defender Fabian Schar has recently returned from injury and has been included in the Switzerland squad with captain Granit Xhaka also selected.

Croatia captain Luka Modric returns to the squad having been left out of the September internationals. Chelsea midfielder Mateo Kovacic could also reach 60 caps in the upcoming matches, while Inter striker Ivan Perisic may also feature after a move to Bayern Munich failed to materialise this summer. 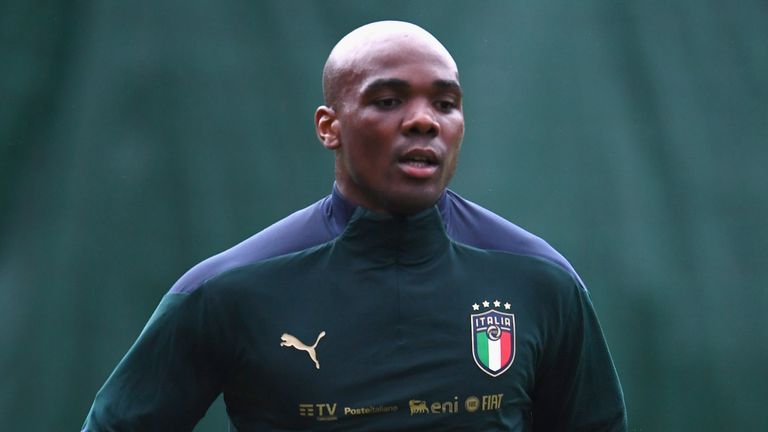 Team news – Italy: Marco Verratti has returned to the Italy squad after recovering from injury and will start in the midfield alongside Jorginho and Nicolo Barella. After scoring 36 goals and registering nine assists in 37 appearances for Lazio last season, Ciro Immobile will spearhead the attack.

Team news – Moldova: Alexei Koselev impressed during the defeat to Slovenia last month and will start in goal. Head coach Engin Farat is not expected to make many changes to the team that lost 3-0 that evening with Victor Mudrac, Veaceslav Posmac and Igor Armas set for a busy night in defence.

Player watch: Angelo Ogbonna‘s form for West Ham has earned him a place in Italy’s squad two years after his last call-up. The Hammers have kept successive clean sheets in back-to-back Premier League wins, and Roberto Mancini has selected the defender due to his fine form.

Jorginho, who is Chelsea’s current top scorer in the Premier League with three goals, is also named in Mancini’s squad while Federico Cheisa – who completed a Deadline Day move from Fiorentina to Juventus is named among the forwards.

Everton’s Moise Kean, who completed a season-long loan move to Paris Saint-Germain this week, will be hoping to impress after a stop-start career at Goodison Park.

Other matches on Sky

All other friendlies will be available on Sky Sports Football, via the red button or the Sky Sports app:

International Break? Not For Super 6!

During the brief international break, there is still £250,000 up for grabs with Super 6. Play for free, entries by 3pm Saturday.