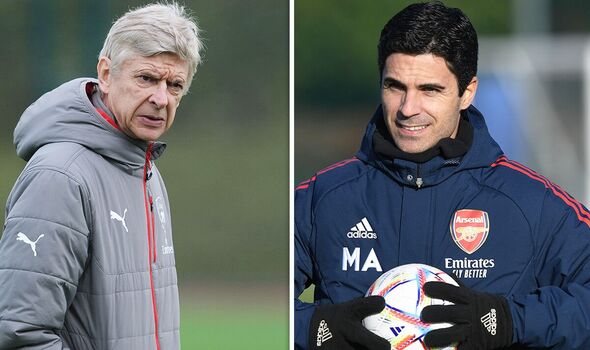 Arsene Wenger is widely regarded as Arsenal’s greatest-ever manager after winning three Premier League titles and seven FA Cups during his time in charge. However, the Frenchman was far from perfect in the transfer window.

When you’re in charge of a football club for nearly 22 years, there are going to be mistake signings. And Wenger definitely had his fair share.

He was restricted financially following the move to the Emirates, which led to Wenger attempting to make cheap but smart deals. However, many players did not live up to the expectations.

Mikel Arteta is far from rash in the transfer market and is attempting to avoid similar mistakes to his old boss. Express Sport looks at the 10 worst signings Wenger made during his long reign.

Win a pair of tickets to the Premier League or Women’s Super League match of your choosing! CLICK HERE

Centre-back Stepanovs was clearly not at the level required to play for Arsenal. He joined from Latvian club Skonto Riga in 2000 after a trial.

Gunners legend Ray Parlour has since revealed his shock at the time that Stepanovs was signed following a trial. He spent four years on the books in north London but was never a regular.

Jeffers was signed from Everton in 2001 for an initial fee of £8m. He was dubbed “the fox in the box” that Arsenal needed.

However, he was unable to fulfil the potential he showed with the Toffees. He scored just eight goals in 39 appearances before leaving permanently in 2004.

If Sir Alex Ferguson lets a player leave, it likely means he doesn’t feel he is up to the task any longer. Silvestre can be regarded as a Manchester United legend, having won four Premier League titles and a Champions League.

However, he was the wrong player at the wrong time for Wenger. Silvestre appeared over 40 times for the Gunners but is not fondly remembered by supporters.

Squillaci arrived at Arsenal as a France international who, at the age of 30, had plenty of experience behind him. However, he was never to play for France again after joining the Gunners.

After a disastrous first season in England, he featured just seven times in the next two campaigns before returning to Ligue 1. Squillaci was one of a number of centre-back signings that Wenger got wrong.

South Korea international Park was signed late in the summer of 2011. However, it will go down as one of Wenger’s strangest acquisitions.

The striker was just about to sign for Lille but Arsenal snuck in to beat the French side to his signature. But he made just seven appearances, one in the Premier League, and was sent out on loan twice before leaving permanently in 2014.

Arsenal fans were excited when Wenger signed a Brazil international left-back. However, Santos was not quite on the level of Roberto Carlos.

He was a catastrophe at times defensively and not a like-for-like replacement for Gael Clichy, who had joined the big-spending Manchester City. Santos left in 2013 and never played in Europe again.

Big things were expected when Sanogo joined Arsenal from Auxerre in 2013. But that changed when supporters saw him play.

It was clear he was out of his depth in the Premier League and several loan moves didn’t trigger what Wenger had seen in him to sign him. He scored once in 20 outings for Arsenal, though did make a vital contribution in the lead up to the winning goal in the FA Cup final in 2014.

Arsenal fans will remember Kallstrom fondly for scoring a penalty in the FA Cup semi-final shootout win over Wigan in 2014. However, any player who signs on loan with a broken bone in his back is always going to make this list.

Wenger knew of Kallstrom’s injury but was desperate to sign a midfielder. The penalty was by far his most important contribution during his short spell, making just four appearances in total.

Mustafi made over 150 appearances for Arsenal, the most by far on this list. However, he was another defender who was not up to the task of playing in the Premier League.

What made it worse was that he cost £35m from Valencia in 2016. A player Gary Neville once called “uncoachable”, Mustafi is now playing in the Spanish second tier with Levante.

Asano was an exciting prospect from Japan who joined Arsenal in 2016. However, he was never to make an appearance for the club.

Asano was unable to gain a work permit and had three years out on loan before eventually leaving. He scored the winner over Germany in the World Cup in Qatar and currently plies his trade in Germany with VFL Bochum.

Want the latest Premier League news as we publish it on Express Sport? Join our new Facebook group by clicking here