West Ham boss David Moyes has joked that he would ask for Chelsea youngster Billy Gilmour in exchange if the Blues come knocking for Declan Rice. Chelsea have been tipped to make a move to sign Rice this summer, but Moyes is determined to keep his star man at the London Stadium.

Rice has been heavily linked with a move away from West Ham this summer.

The central midfielder is good friends with Chelsea ace Mason Mount, and the Blues want to team them up next season.

West Ham will reportedly look to sell some of their top talent in the upcoming window due to the financial implications of the coronavirus pandemic.

But Rice is one player they are desperate to keep hold of. 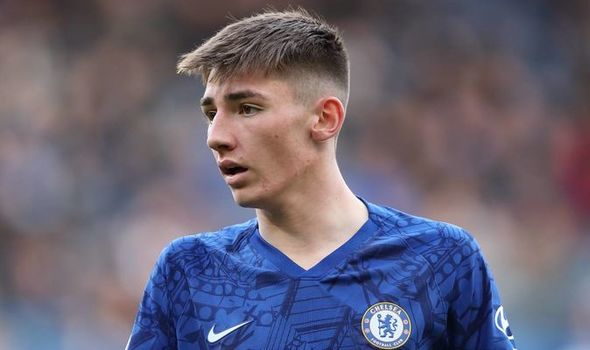 The midfielder burst onto the scene three years ago when he broke into the Hammers line-up, and has been ever-present in the team ever since.

Moyes is determined to keep him at the club, but joked that he would sell him provided he gets Gilmour in return.

The Scottish 18-year-old emerged earlier this season as one of Chelsea’s best prospects after Frank Lampard gave him his first start for the club.

And Moyes joked that signing the youngster, who he described as a seasoned pro, is the only condition upon which he would let Rice go.

He said: “The one [Scottish player] who if I could sign tomorrow I would is Billy Gilmour after his opening performances for Chelsea.

“So I thought well I might just decide I want Billy Gilmour and see how it goes. 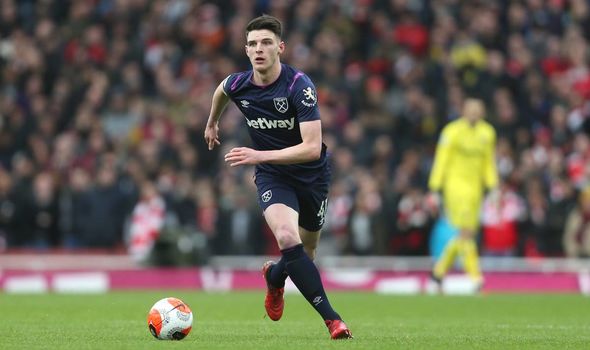 “He’s typical of what my memories are of what Scottish players were like going back many, many years.

“At the moment Billy Gilmour in the short period I’ve seen him has looked like that all day long.

“We need to start getting a Scottish national team that gives us some hope but he’s certainly a really talented looking player.”