Monaco are clearing the decks as they prepare a move for West Ham’s £45 million club-record flop Sebastien Haller. Haller only scored seven goals in his first season in the Premier League following his move from Eintracht Frankfurt and his former boss Niko Kovac has listed nine players he doesn’t want.

The Hammers who missed a payment on Haller in May were due to make another payment on Saturday and a FIFA hearing took place in secret last week.

Kovac is keen for a reunion with the Frenchman, and the Hammers have been looking at Chelsea’s Michy Batshuayi and Real Madrid’s Luka Jovic who ironically is also on Kovac’s shopping list.

While West Ham could sell Haller this summer, David Moyes is also hoping to keep hold of Declan Rice.

Chelsea are hoping to persuade their London rivals to sell the midfielder, who can also play as a centre-half. 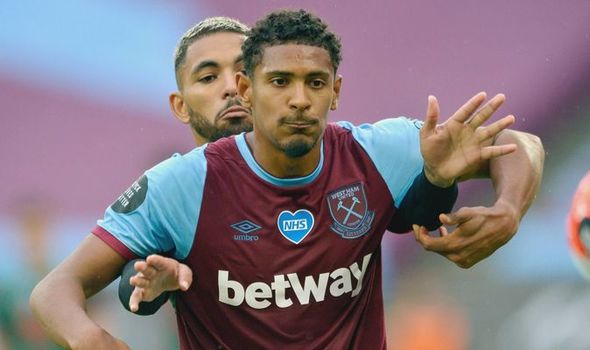 A lot has been made of Chelsea eyeing Rice, with former Premier League star Paul Merson claiming the England international would be a hit at Stamford Bridge.

Merson said: “Declan Rice is going to have choices this summer and I can see why Chelsea want him.

“He has become a top class holding midfielder for his age.

“He’s so disciplined, and I think it’s up to him how far he goes in the game.

“West Ham will have to get the right price if they sell. But I can see why Frank Lampard wants him.

“If you’re playing three at the back he ticks the boxes.

“He’d be comfortable in the middle of a three.

“I don’t really see him in a four, but he could play just in front of a four if they need him to.

“I can see where Lampard’s coming from.”