Chelsea midfielder Billy Gilmour burst onto the scene in the days before the coronavirus crisis ground professional football to a halt – but his breakthrough came as no surprise to manager Frank Lampard and assistant Jody Morris. The 18-year-old rising star delivered man-of-the-match performances against Liverpool and Everton in March and is seen as the future of Scottish football.

Gilmour has only made seven senior appearances for Chelsea but appears destined for the top.

Sky Sports pundit Jamie Redknapp did his due diligence before interviewing the Scotland Under-21 international by chatting to Lampard and Morris.

And Redknapp has revealed that the Blues management duo only had good things to say.

After the interview was shown on Sky Sports News, he said: “I smiled the whole way through that, I thought what a nice kid.

“I knew it already, I’ve spoken to Frank Lampard and Jody Morris and they were waxing lyrical about this young man. Just saying how down to Earth he is, wants to learn, a great attitude on and off the field and a special talent. 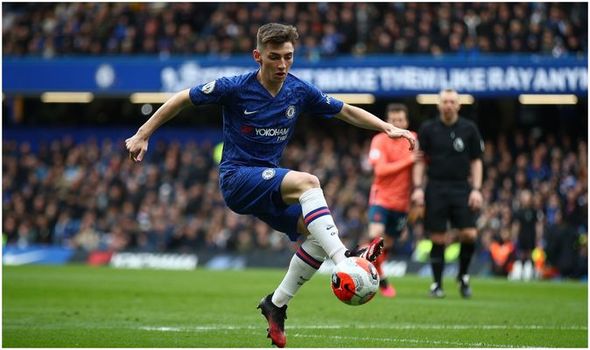 “You don’t want to heap too much pressure on players, we do that in this country sometimes when you bring a player through to the Premier League.

“He mentioned that he loves the likes of Xavi, [Andres] Iniesta and [Cesc] Fabregas and you can see it in his game. He’s got great fundamentals, the basics of what he does are really, really good, I love the way he plays round the corner into the frontman, he wants to the receive the ball, always available. 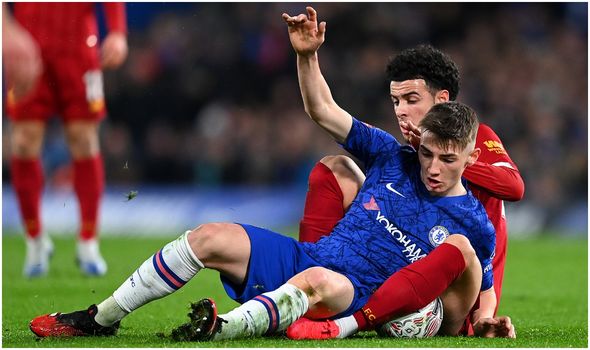 It also emerged during the interview that Gilmour used to do a spot of modelling for Burberry before hitting the big time.

He saw the funny side of his former life, however, which Redknapp believes is a good sign of his character.

Redknapp said: “He laughed about the modelling bit, some kids might be a little bit nervous about that but he didn’t care.

“I think he’s so well rounded and has obviously been brought up really well by his family. A great kid, I wish him all the luck in the world.”