Wolves captain Conor Coady called for the finger-pointing to stop and everybody to come together after the launch of the #PlayersTogether initiative raising vital funds for the NHS during the coronavirus crisis.

As the country continues to grapple with the awful Covid-19 situation, footballers found themselves in the crossfire and facing accusations over a supposed lack of support.

Health Secretary Matt Hancock called on players to do more and doubled down on that assertion on Sunday, despite news filtering out that top-flight captains were working on a joint fund.

#PlayersTogether was launched on Wednesday, with a flood of social media messages outlining the group’s aims of raising funds for NHS charities and distributing them “where they are needed most” in partnership with NHS Charities Together.

Coady has been working with all other Premier League captains to get the initiative to this point, with the Wolves skipper saying footballers were always going to do their bit during this terrible time.

“Footballers are good people,” Coady said. “There are lots of good people within football and (this is) something where everybody wants to try and make a difference as much as possible

“Now, we’ve got to that point where we can do that at the minute, so we want to try and help the right people at the right times, to make sure that people are getting the best possible care. It’s a horrible, horrible time we’re in.

“It’s about everybody coming together, not trying to point fingers at certain people within the world and trying to say they’re not doing enough.

Coady praised “absolutely brilliant” Liverpool captain Jordan Henderson for driving an initiative that has been in the works for “quite a while”.

The Wolves captain feels the difficulties in getting the right support and outcomes were perhaps underestimated, with the players knowing it would be stronger if “everybody was doing it and looking in the same direction”.

“We understand, as human beings as well as footballers, how tragic it is at the minute,” Coady said. “It’s a horrible time. 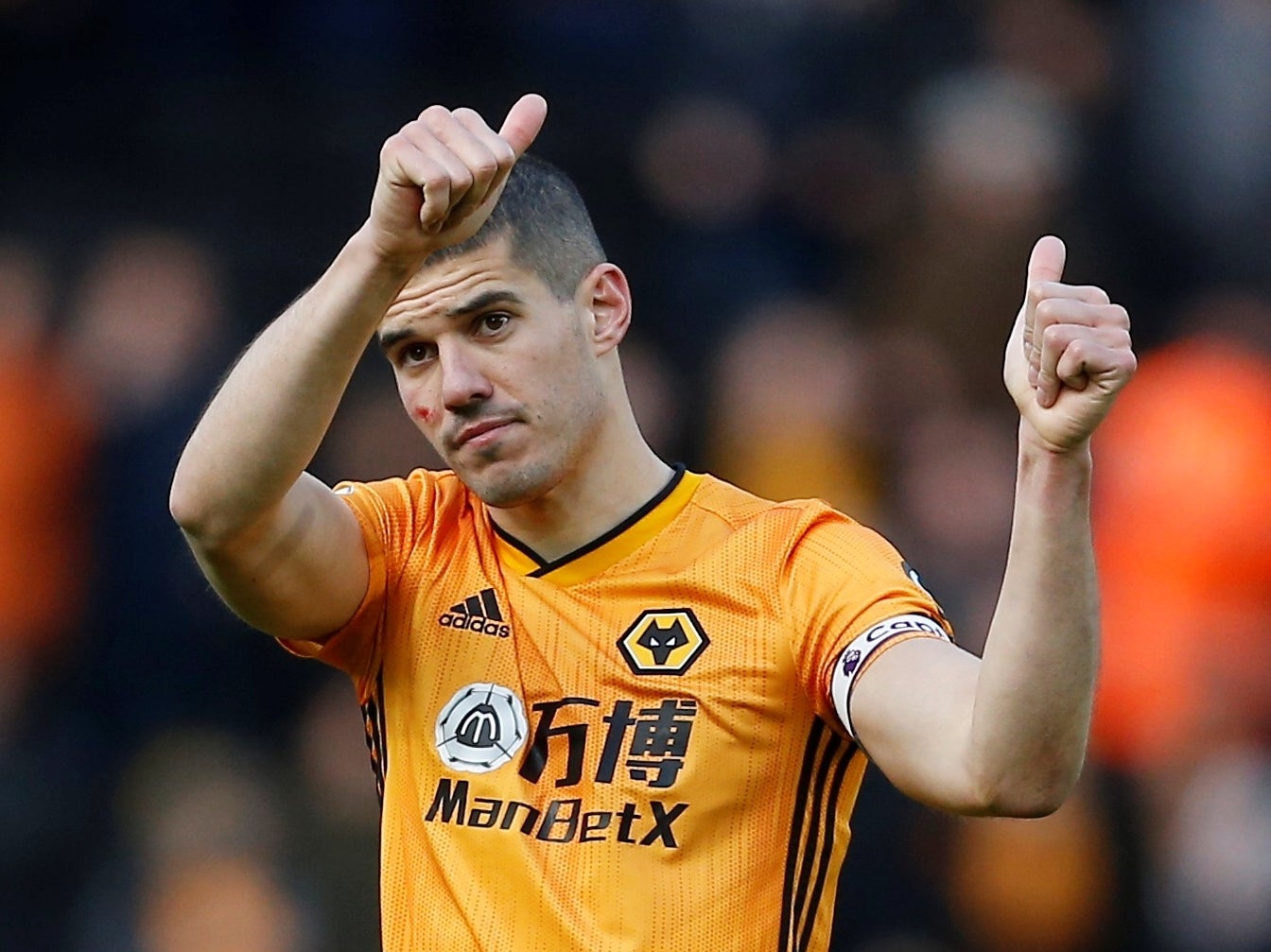 “I think I speak for everybody in the world when I say that we want to get back to normal as soon as possible.

“I think everybody wants normality back. They want to be able to go out and do their own things and be free.

“It was not a hard thing at all. Jordan was brilliant in terms of setting up and taking the initiative and moving forward with it and then getting in contact with everybody. As soon as he did, everybody was on board straight away. So it’s a brilliant, brilliant thing that he’s set up and something that’ll affect a lot of people.”

Coady, like all Premier League skippers, took the proposal back to his dressing room after a meeting on Friday and said “every single player at Wolves wanted to be” part of it.

That fundraising is on top of the work the Molineux club were already planning in the community, with the first-team squad, manager and technical staff making a six-figure donation to the Royal Wolverhampton NHS Trust to aid the city’s efforts against Covid-19.

“We’ve been speaking about that for a few weeks,” Coady added. “It’s something that as soon as this happened we spoke about it as a team and as one together, as Wolverhampton Wanderers, in terms of management staff as well.

“Wolves is a massive part of that city and we know that as players.

“The gratitude we have for all them people is massive, so ever since this first started we’ve been speaking about it as a team and people were telling us to just to wait a little bit just to see obviously what was happening. We’ve come to the point now where it was important that we got it done as quickly as possible.

“Now we’ve done it, it’s brilliant but it’s only to help the people who need it and the people who deserve it because that’s all what we want to do. Help as many people as possible, really.”