World football watches anxiously on as the Bundesliga seizes the spotlight

In other times, you might call it the simple infectiousness of football. The Bayern Munich squad have only been back together a few days and, already, any concerns about returning have totally given way to excitement. The players are just loving playing and training as a group again. It’s been the same at title rivals Borussia Dortmund, where “everyone” was desperate to get back.

“You could tell how much we have all looked forward to this moment,” David Alaba said from the Bayern camp this week. “You could feel that in training, everyone was hungry – and looking forward to the first game.”

Those last three words may not have been intentional, but carry so much weight. This weekend’s Bundesliga matches are actually the 26th of the season, of course. Much more importantly, they are also the first of football’s new era, and maybe the first of a long-term new reality.

“The whole world will be watching the Bundesliga,” former Bayern star Owen Hargreaves tells The Independent.

And just as this grand experiment – that really is the only word to use – could go a few ways, there is more than one side to this return. 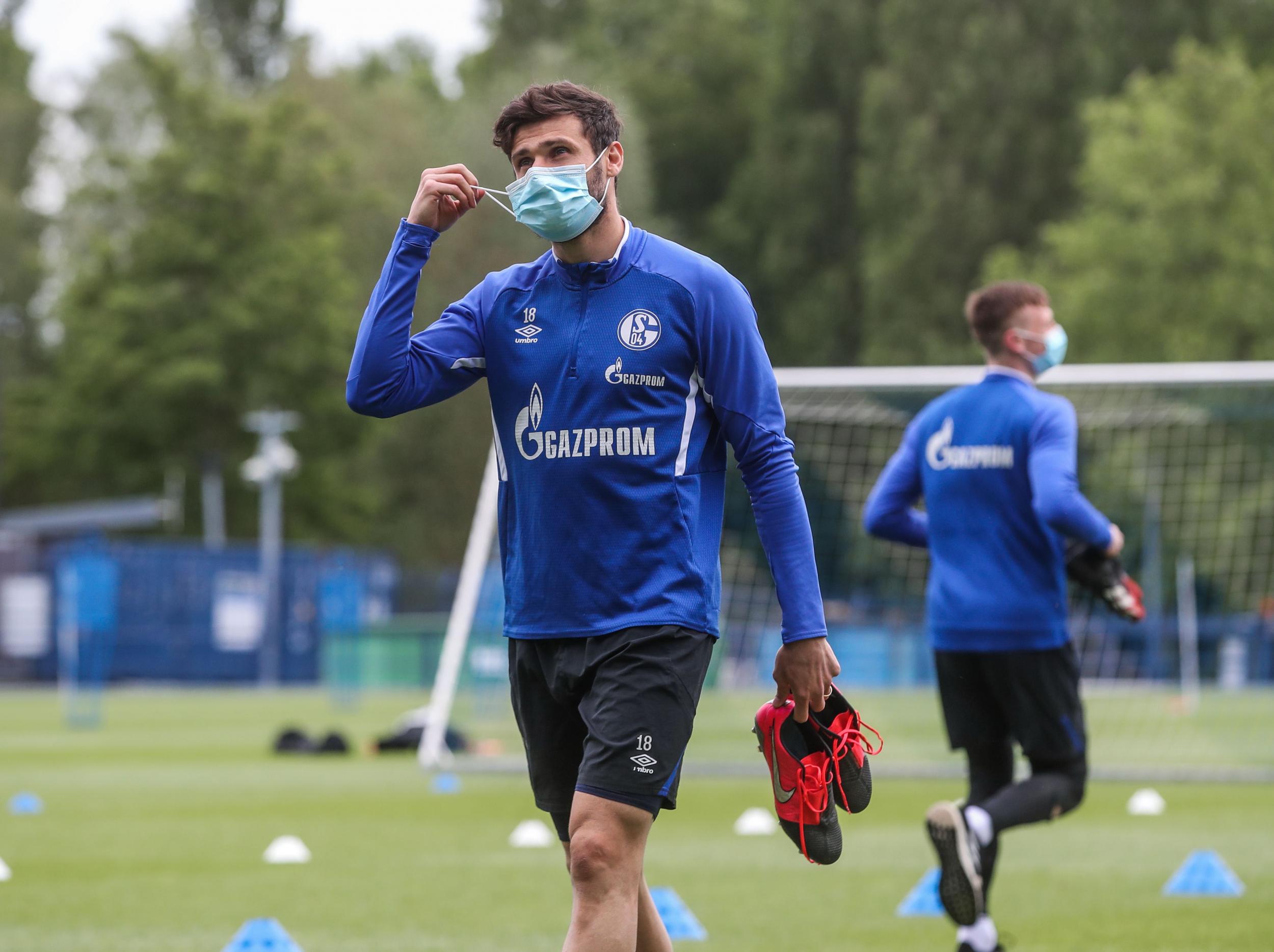 The first is the most pressing. Everyone in football needs the Bundesliga to safely succeed. Everyone in the game needs this first week to go well. It may be the only way we have football for some time.

One figure involved with Bayern hopefully told The Independent that Angela Merkel “could prove the saviour of football”. The flip side is that any failure could doom the game for some time. A proliferation of positive tests could be a disaster the game struggles to recover from.

“My hope is we can give a concept and strategy to other leagues,” Dortmund sporting director Carsten Cramer says. “But we know if we fail, the problems afterwards will be even bigger than before. There’s relief, but also so much pressure.”

Those are the stakes, and they’re of a magnitude way beyond what is an enticingly tight Bundesliga title race. If Germany can’t make it happen, given their lower curve and how smoothly so much has gone, it will be difficult to see how anyone else will for some time.

Everyone will thereby be looking to the Bundesliga for relief, and instruction.

But that’s also the other side of it. Everyone will be looking to the Bundesliga.

It might not be the manner they’d have preferred, but it is the prospect the competition has long aimed for. This is what they’ve poured so many resources into for so long: a true international audience. The German league will, at last, and for a time, be the global league.

It really is a crisis that presents an opportunity. There isn’t actually a German word for that.

There is, however, a readiness. 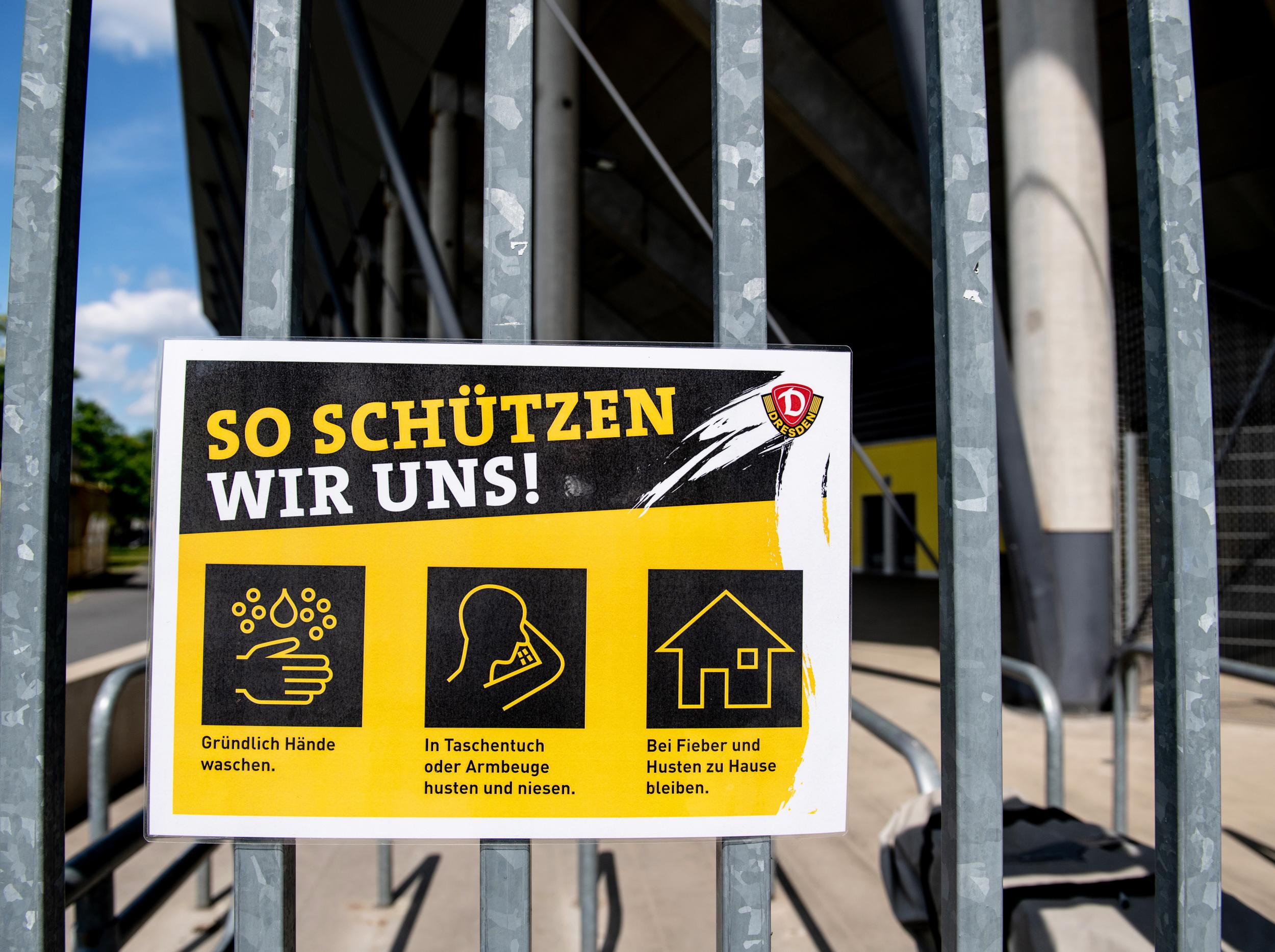 “Everyone knows what a big chance this is for the Bundesliga,” one source says. “It’s their window.”

Dortmund and Bayern have been pushing heavily, well aware that their fixtures will draw huge audiences outside Germany. It may not be an exaggeration to say their first games back – the Revierderby against Schalke, and a Bayern away trip to Union Berlin – could be their biggest matches since the 2013 Champions League final.

Even clubs like Fortuna Dusseldorf have been offering jobs to create content in several languages. That’s going to be the scale of interest.

One great irony is that all these new viewers won’t be able to experience the Bundesliga’s single greatest quality: the excitement of all those existing fans. German football – and German atmospheres – have since the 2006 World Cup thrived on the idea of ‘Das Event’: going to the stadium purely for that atmosphere; where the main point of the game is to make this collective supporter experience possible. 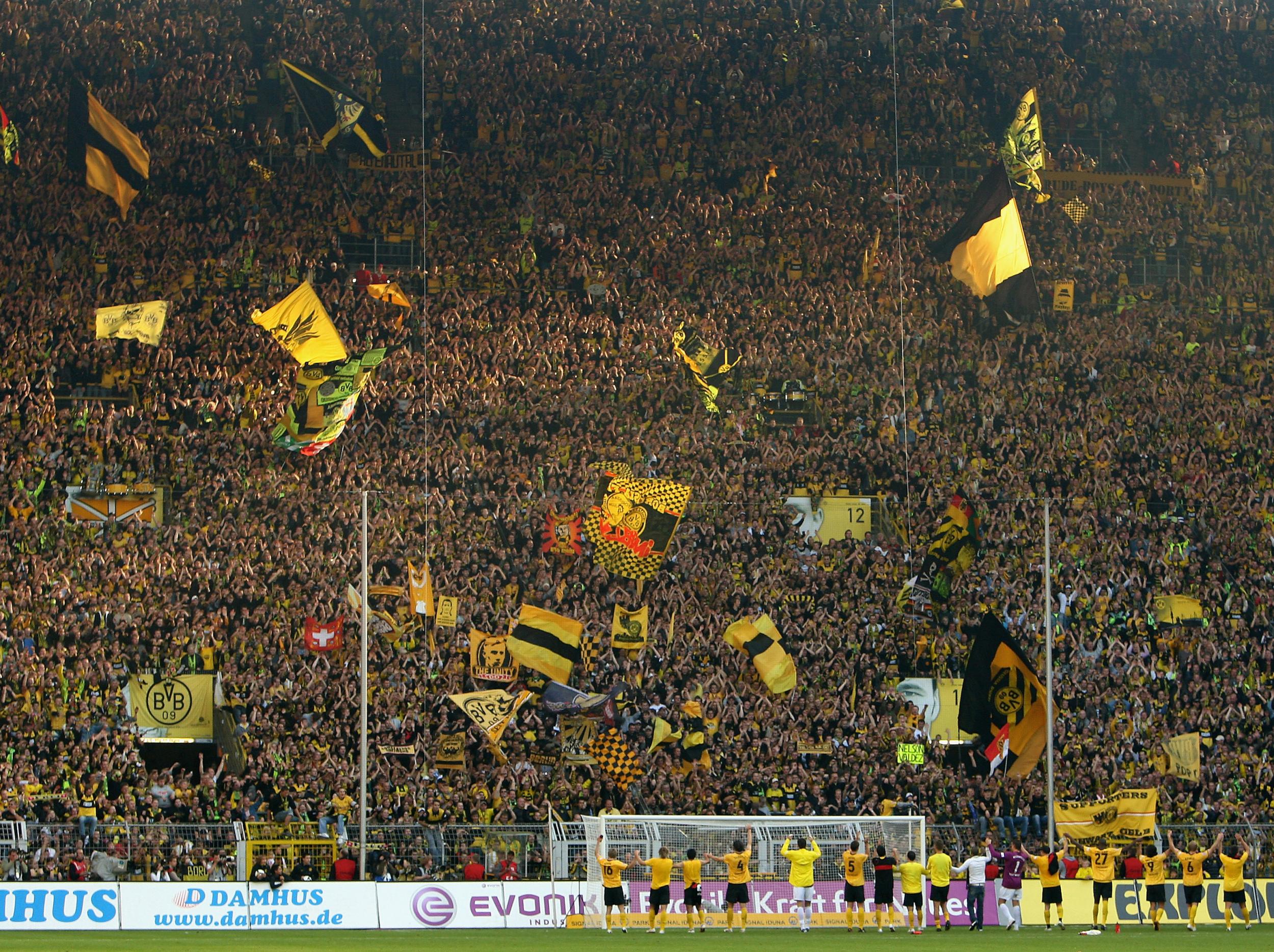 It is that very parochialism, however, that corresponds with perceptions of the Bundesliga that have affected its international standing. It has never had anything close to the storied glamour of the other major leagues, particularly La Liga and Serie A.

It has never had anything like the same level of international stars, or sexiness. They are the qualities that really sell.

When you think of Serie A or La Liga, you think of those rich historical cultures, and so many of the sport’s greatest names: Lionel Messi, Diego Maradona, Ronaldo, Romario… 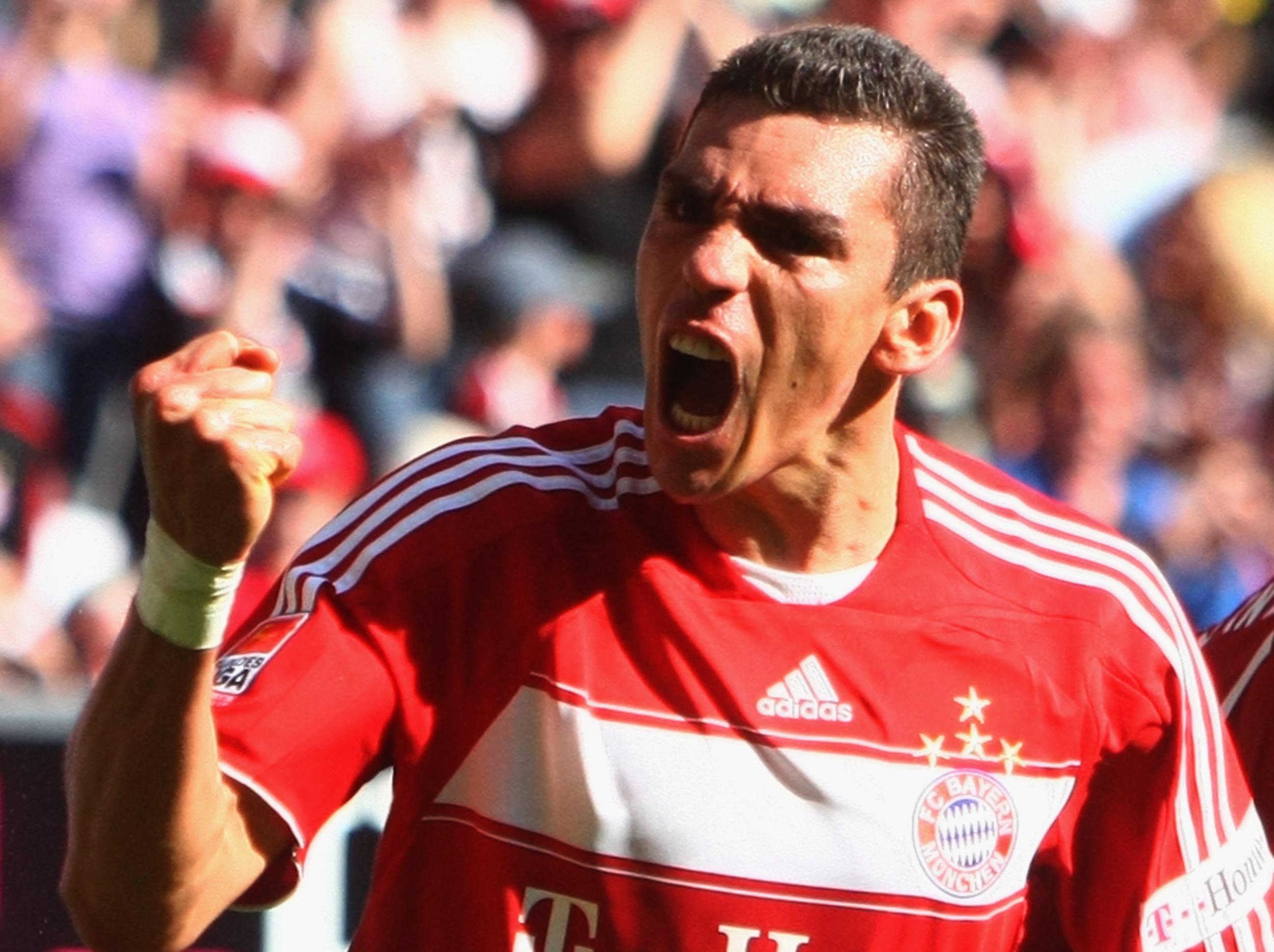 It says much that the Bundesliga’s greatest ever Brazilian is probably a centre-half, Lucio. It says even more that the greatest ever foreign stars until the last few years were probably Jay-Jay Okocha, Allan Simonsen, Paulo Sousa and Kevin Keegan. Bayern’s growth as a super-club and signings like Arjen Robben and Thiago Alcantara have changed that, but not by much.

“For top players, it is a bit of a bit of a feeder league,” Hargreaves says.

If it hasn’t had the stars, mind, it hasn’t quite had the history either.

The Bundesliga has only been going since 1963. The notion of a national German top flight is thereby younger than Dortmund coach Lucien Favre.

Full German professionalism, meanwhile, has only been going since 1972. That notion is thereby younger than 12 of the current Bundesliga managers.

It probably isn’t a coincidence that the rise of professionalism came with the rise of Bayern, that has so coloured the entire history of the competition.

Since winning their first Bundesliga in 1969, and thereafter starting to flex the big-city financial power that professionalism allowed, the longest they have gone without a title is five seasons. That was only once, between 1974 and 1980. The sequence of “gaps” since then for Bayern has been: 3 seasons, 1, 3, 2, 1, 1, 1, 1, 1, 2. 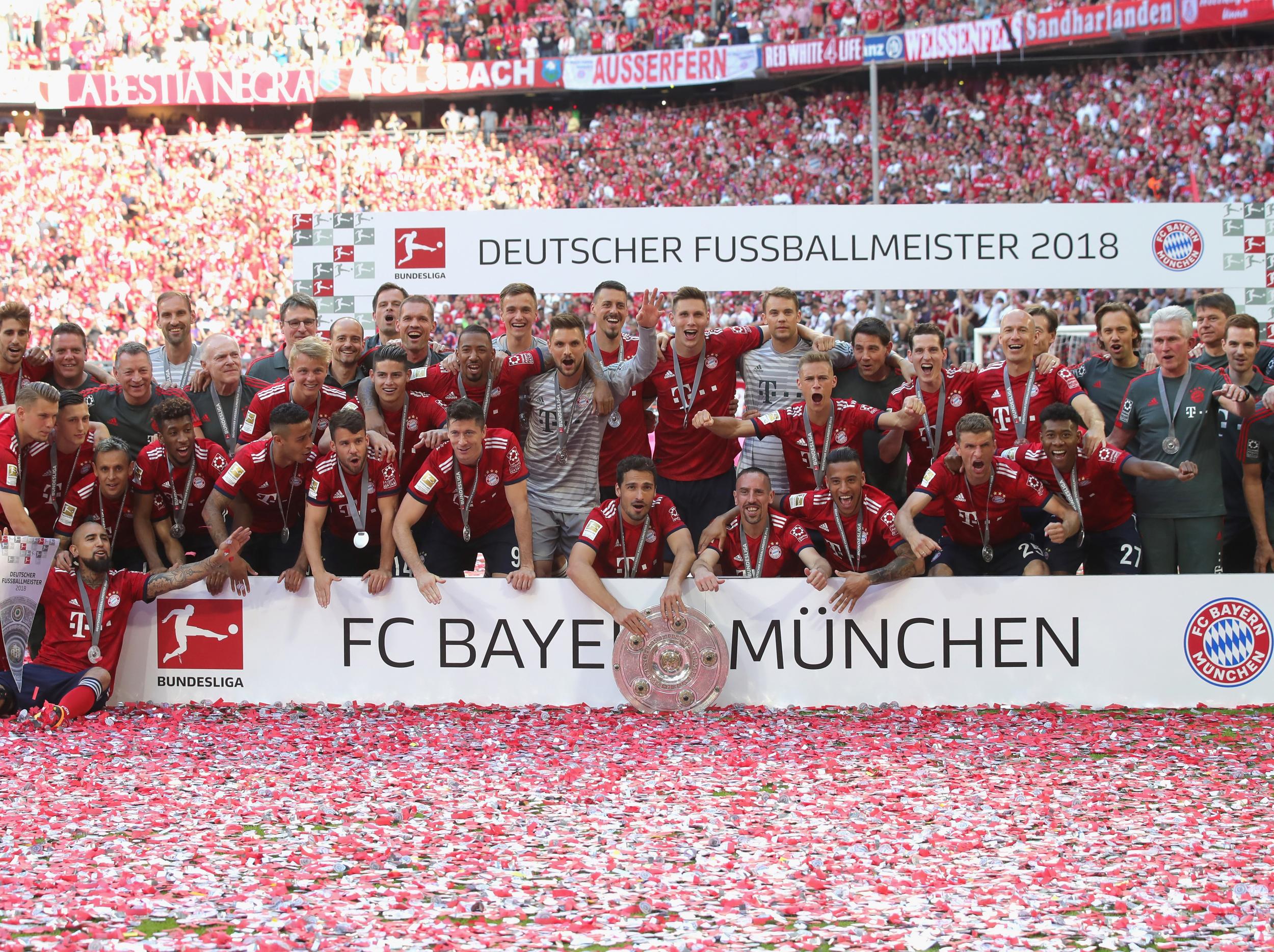 It would be fanciful to think this hasn’t affected affection for the league. It has certainly prevented almost every other unlikely recent champion – like Werder Bremen, Stuttgart, Wolfsburg – from becoming anything more than “unfashionable” winners.

One of Bayern’s most dramatic title victories was in 2001, when a last-day stoppage-time winner from Patrick Andersson took the Bundesliga from the hands of Schalke, who were already joyously celebrating. When Bayer Leverkusen goalkeeper Adam Matysek heard about it, he gave an infamous quote, that is referenced in Uli Hesse’s brilliant Tor! “It’s always the same load of crap.”

Many cynics would think the same, despite Bayern’s 1970s rivalry with Borussia Monchengladbach serving as one of Europe’s greatest and most influential. It’s just they’ve rarely recreated anything like that since.

But it’s fitting Bayern presently prepare for their most tightly contested run-in since 2011-12 – just four points clear of Dortmund at the top – because this opportunity isn’t about the past. It’s about the future.

That’s what anyone watching anew will realise. 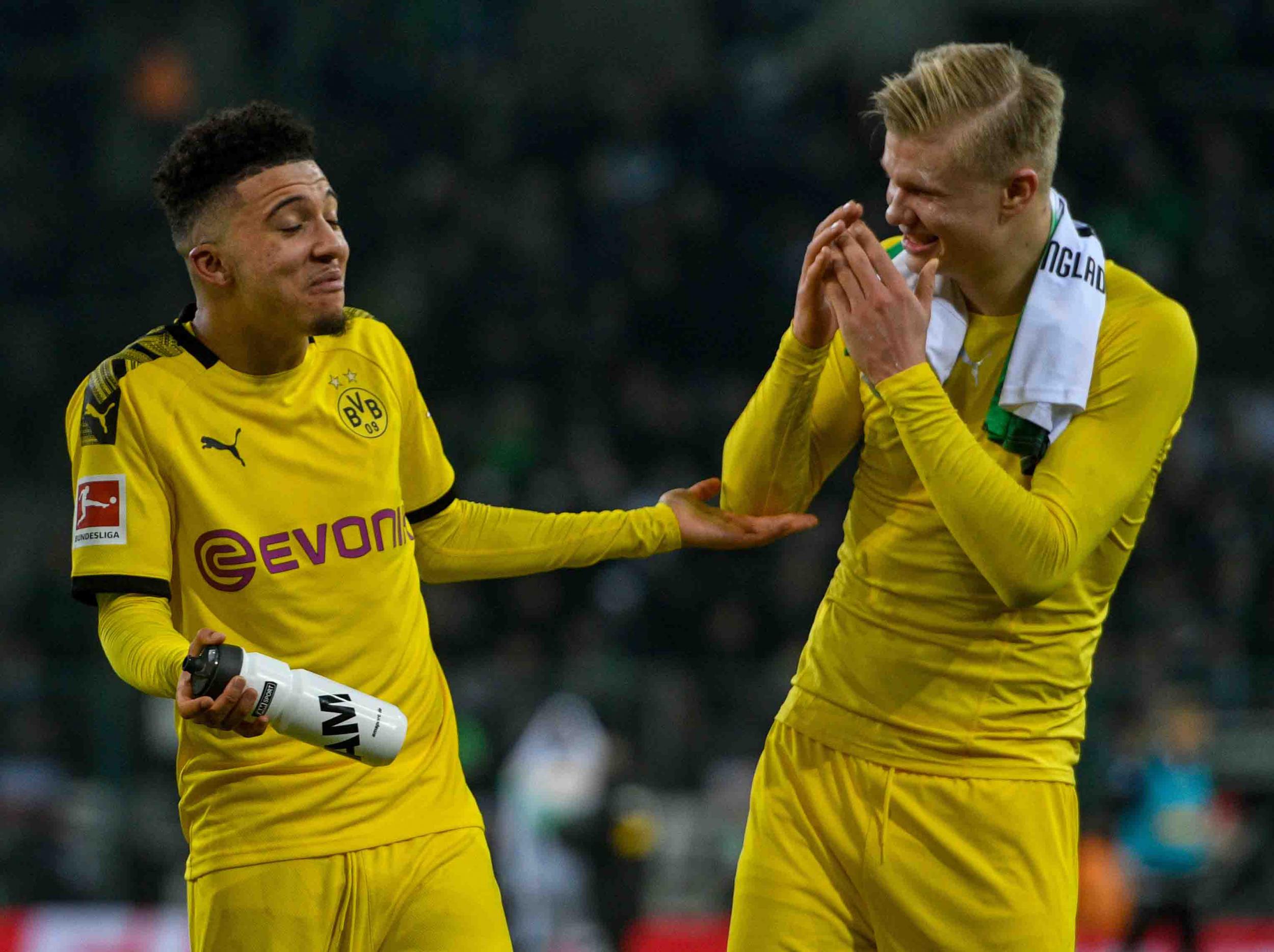 That’s not just because of young talent like Erling Haaland or Jadon Sancho, either. It’s about the environment that has made it the best league for young talent to develop in.

The Bundesliga has been the source of most of football’s major tactical innovations in the last decade. Principal among them has been sophisticated modern pressing, that has come to accelerate and dominate the game.

Their coaches – and especially Jurgen Klopp – took the idea that Pep Guardiola reimagined in 2008, and took it so much further, to the point the Catalan himself had to adapt.

It is why the German league might well be the fastest in the world. 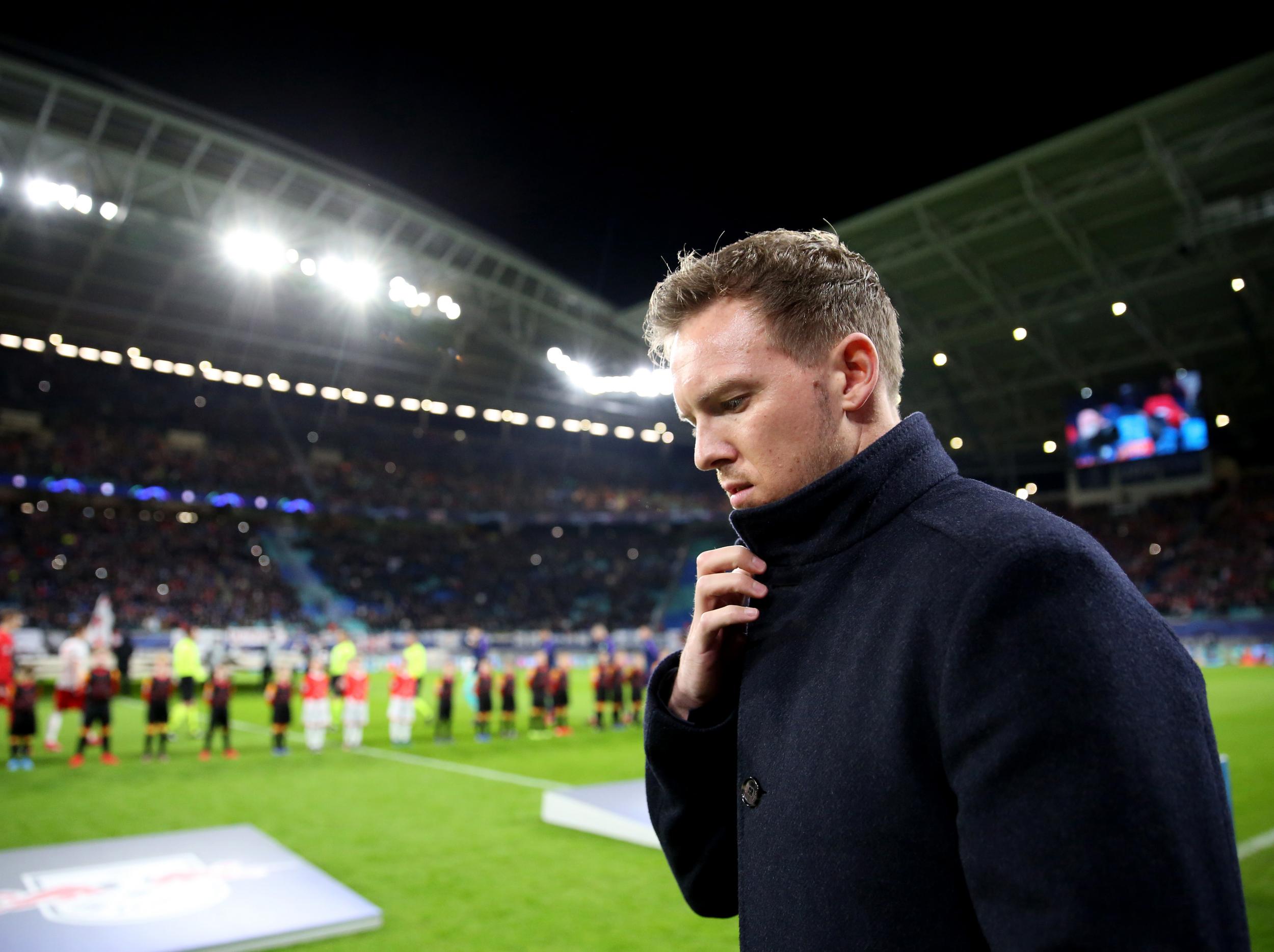 And the reason why it is, and such innovations happen there, is because it has become such a brilliant breeding ground for young coaches.

Chief among them is RB Leipzig prodigy Julian Nagelsmann, but virtually every other coach – from Schalke’s David Wagner to Gladbach’s Marco Rose – practices the most progressive football ideas. Super-fast attacking play reigns.

“You’ll see everyone trying to have a go,” Hargreaves says. “The goals are always flying.”

It has for the last three seasons been Europe’s highest-scoring major league.

It is this progressive approach, allied with a forced financial prudence from the wider football market, that has meant Bundesliga clubs are more willing to give youth a chance. Haaland and Sancho lead a generation of talent that includes Alphonso Davies, Marcus Thuram, Kai Havertz, Gio Reyna and Denis Zakaria.

It is just one other way it is the league of the future, as it seeks to take a big opportunity for the future.

The hope for the future of the game, meanwhile, is that German innovation proves influential in another way: that this all works. 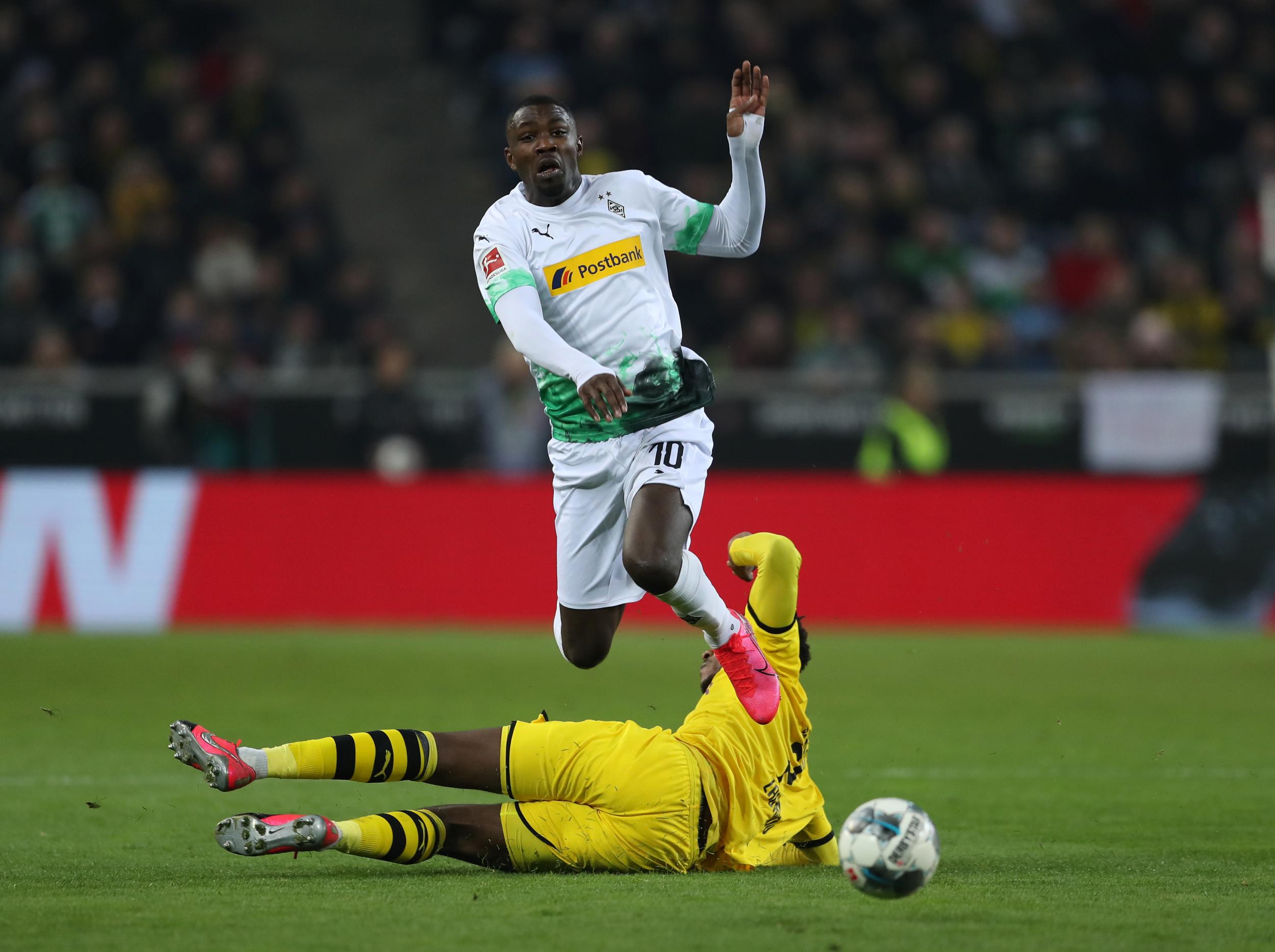 “The concept the Bundesliga developed is an excellent one,” Cramer explains. “The government said they never received a concept like this before from any other business sector. We now have to pay back that trust.”

Some figures who work across Europe’s top leagues were struck by the stridency of the Bundesliga’s approach to a positive test, for one. Whereas competitions like the Premier League initially prevaricated over what that would mean, the German football authorities just sought to incorporate it in a very matter-of-fact way.

The attitude was that positive tests are going to be an inevitability, so treat it just like any other group of people going back to work.

“A positive test won’t be a catastrophe as long as we have the rules and recommendations for how to get along with it.”

Others have been concerned by what they perceive as brazenness. Some tests were initially conducted by physios. The suspension of Hertha Berlin’s Salomon Kalou for a video of all this, meanwhile, betrayed an apparent laxness in a hugely serious situation.

That story did undercut the overall smoothness of the German return – right down to how quickly players agreed pay cuts.

To be fair, almost everyone in the Bundesliga is well aware of the stakes. One of the reasons they need to get back playing is because some clubs will simply go out of business if they don’t.

This is why they have gone with “ghost games” that seem so alien to German football culture, as Bundesliga chief executive Christian Seifert argued.

“In a crisis, threatening the very existence of some clubs, however, it is the only way to keep the leagues in their current form.”

The German experiment may well be the only way to keep the whole game in its current form. The world is watching, and very invested. Just maybe not in the way the Bundesliga has always idealised.

That may change, however, depending on what happens next