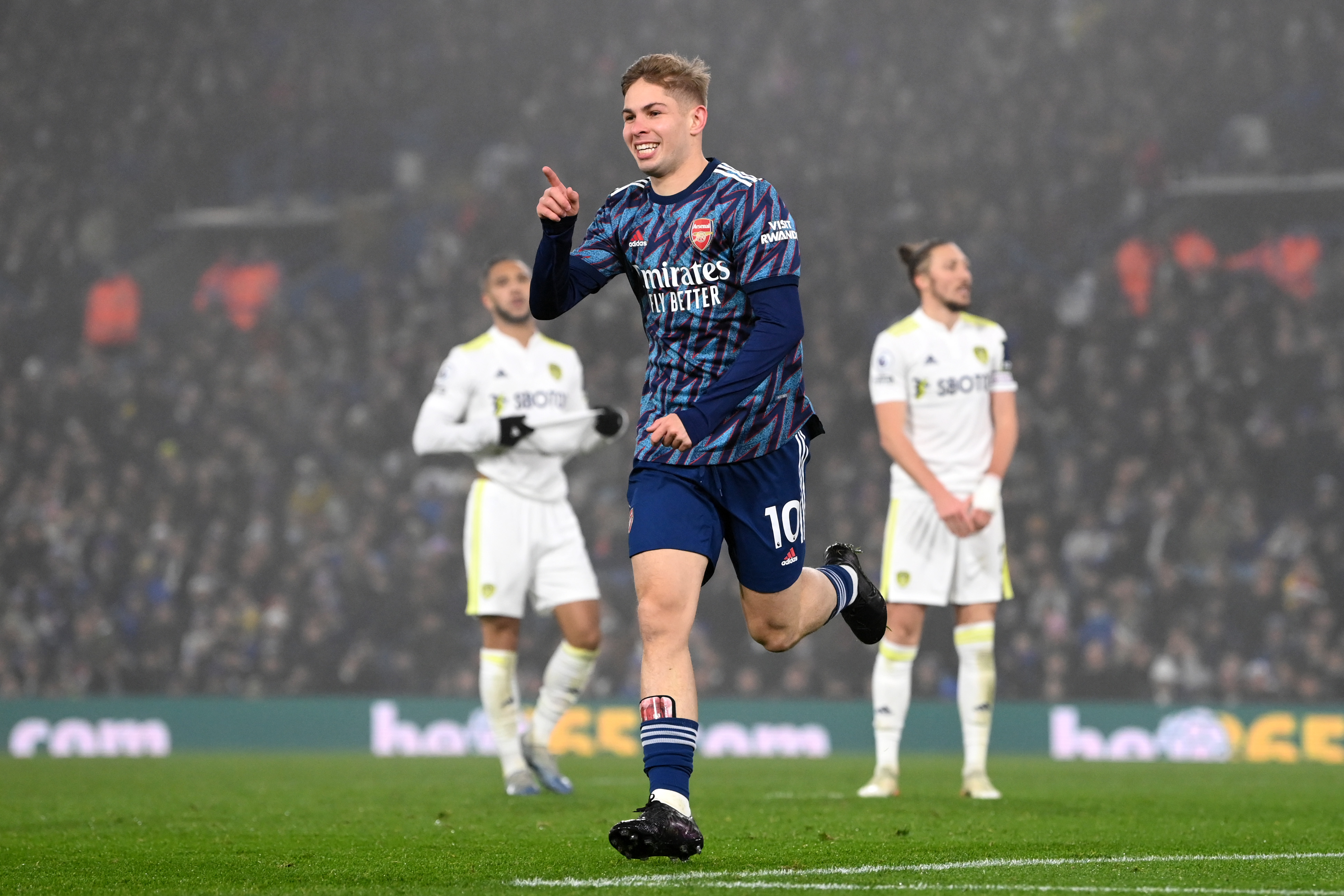 Arsenal legend Ian Wright reckons Emile Smith Rowe has given Mikel Arteta a difficult problem regarding his starting options after his Leeds display.

The Gunners saw off Leeds in comfortable fashion on Saturday night with a 4-1 win to consolidate their fourth place spot in the Premier League table.

Alexandre Lacazette led the line for the Gunners while Bukayo Saka and Gabriel Martinelli (2) on either flank both grabbed the goals in the first half.

It meant Smith Rowe had to settle for a spot on the bench before being introduced for Saka on 78 minutes.

Just six minutes later and the 21-year-old got on the scoresheet to score his seventh league goal of the season – much to the delight of Wright.

‘At the moment what he’s doing in brilliant,’ he told Premier League productions.

‘What you’re seeing with Emile Smith Rowe is “Ok I’m out of the team but when I come on, I don’t care if I’m getting two minutes, five minutes, ten minutes, I’m going to get a chance, I’m going to make sure I score.”

‘What he’s doing now, what he’s realised is that it’s about goals, it’s about end product.

‘It’s something that he’s worked on and the manager’s wanted him to work on and now he’s showing the manager “right if you put me on the bench I’m looking to score a goal.”

‘He’s done it and given the manager another problem and that is exactly what you want.’

‘It was a really tough week but really positive with performances and results. We must be happy today,’ said Arteta.

‘They had to play the most physical team in the league and they had to be ready. We had a nightmare to come to the hotel.

‘They [the young players] are learning and they’re making a difference in the game. The senior players are playing a big role too.

‘That’s what he [Gabriel Martinelli] can do. He’s getting a level of maturity. He’s so willing to learn. His passion in life is football. You can see that on the pitch.

‘[Emile Smith Rowe has scored] seven in the league which is a remarkable figure. We wanted him to add it to his game.’