Ajla Tomljanovic roars into the last-16 at Wimbledon

Ajla Tomljanovic has staged a valiant fightback to roar into Wimbledon’s last 16 for the second straight year with a stirring victory over 2021 French Open champion Barbora Krejcikova.

Defying her world No.44 ranking, Tomljanovic upset the 13th-seeded Czech 2-6 6-4 6-3 on Saturday to set up a potential fourth-round blockbuster with world No.1 Iga Swiatek.

A quarter-final loser last year to compatriot Ash Barty, Tomljanovic is doing a sterling job stepping up as Australia’s new women’s No.1 following the reigning champion’s shock retirement in March. 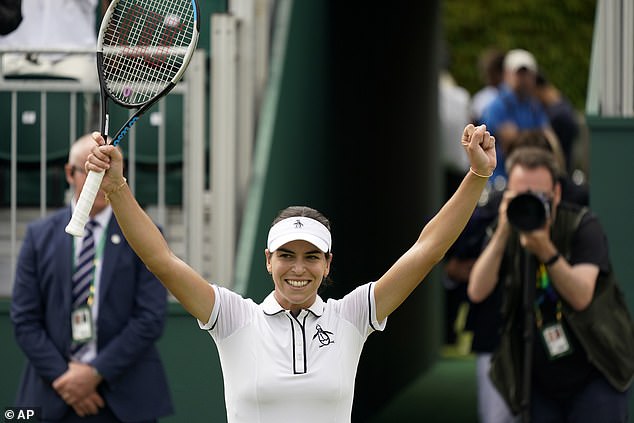 The 29-year-old looked headed for the All England Club exit gates after Krejcikova dominated the opening set, pinning Tomljanovic deep behind the baseline with inch-perfect groundstrokes and looking every bit an easy winner.

Krejcikova entered the match having scored successive wins for the first time since reaching the Australian Open quarter-finals in January.

Finally free of a nagging elbow injury, the former world No.2’s mix of clean hitting from the back with delightful touches at the net had Tomljanovic searching for answers. 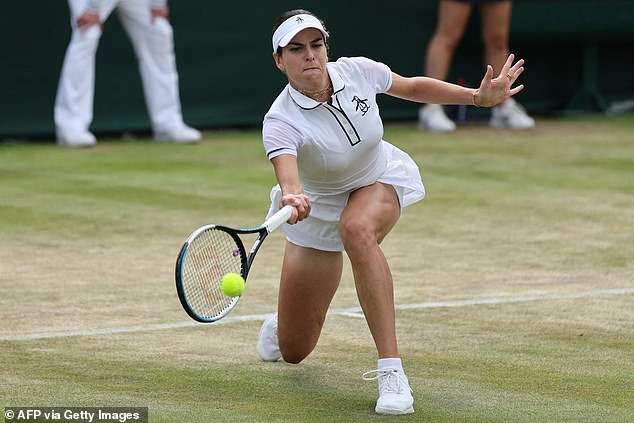 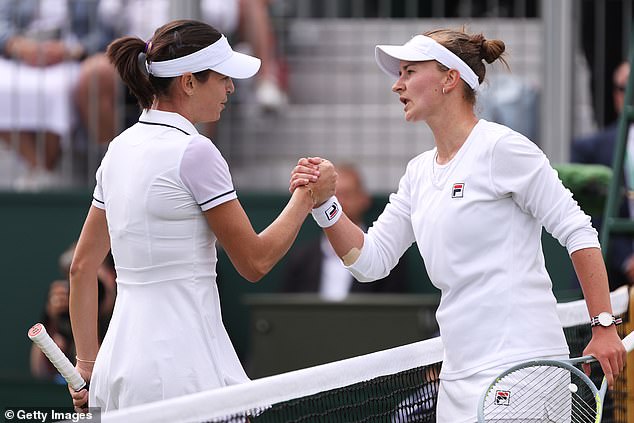 Krejcikova probably wasn’t budgeting for Tomljanovic’s true Aussie grit, though, as the 29-year-old fought back to take the second set with a fine display of controlled aggression, clinching it with a backhand drive down the line.

Growing in confidence, Tomljanovic grabbed the only break of the deciding set in the sixth game, then stayed cool to fend off two break points of her own to close out the contest after two hours and six minutes.

Tomljanovic’s reward is a likely shot at the top-ranked Swiatek, who was chasing her 38th consecutive win later on Saturday against Frenchwoman Alize Cornet.