Australia has one eye on these last seven wickets and another on the upcoming day-night Test in Adelaide starting on Thursday.

Skipper Pat Cummins is expected to lead the Australian side out and captain with the quad injury he’s carrying. 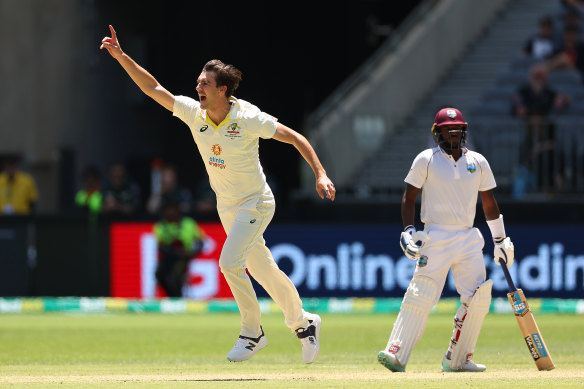 David Warner on Fox Cricket talking along the lines that Australia are a “bowler down”, with the home side hoping Cummins won’t be needed given Cameron Green looms as a Test-quality fourth bowler for their attack.

Welcome one, welcome all

Welcome one, welcome all to the fifth and final day of an intriguing old Test from Perth.

I’m Dan Walsh here in the Maroubra bureau as Australia chase the last seven wickets, and the Windies eye an unlikely 306 runs, or full day’s stonewalling for a draw.

Malcolm Conn and Dan Brettig are on the ground over in the west and there’s a question mark over a quad injury to Aussie skipper Pat Cummins – in a perfect world Australia won’t need him to bowl but Kraigg Brathwaite has already shown there’s fight in the visitors yet.