Harry Cobden is determined Covid-19 will not derail his hopes of a bumper Boxing Day at Kempton.

The 23-year-old will be trying to win the Ladbrokes King George VI Chase for a second time on Clan Des Obeaux for boss Paul Nicholls who also trains Bravemansgame, Cobden’s exciting mount in the Grade One Kauto Star Novices’ Chase.

Cobden said: ‘I won’t be going out over Christmas for a few drinks in the local pub or doing anything silly. I will be keeping myself to myself. The King George is worth £250,000. It is not one you want to give away. 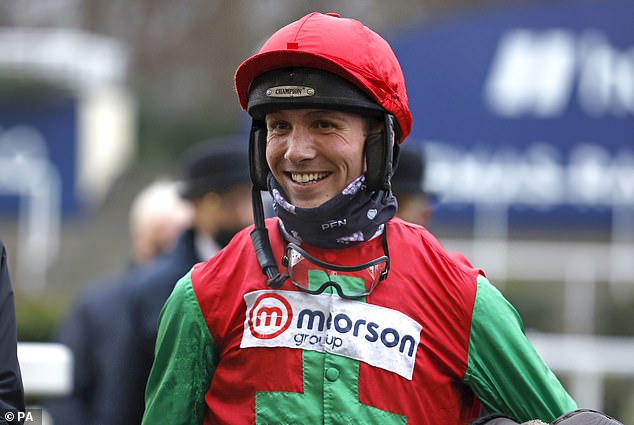 ‘I will be wearing a mask going in shops and trying to be as safe as possible. If you got ruled out of that meeting because of Covid you would not forgive yourself, especially if you missed out on two Grade One winners.’

Cobden’s win on Clan Des Obeaux in the 2018 King George remains the biggest of his career. The horse went on to win the race in 2019 when ridden by Sam Twiston-Davies after Cobden opted to ride stablemate and runner-up Cyrname.

Jockey arrangements were the same last year when Clan Des Obeaux was third to Bryony Frost-ridden stablemate Frodon and Cyrname was pulled up.

But Cobden is delighted to be back on Clan Des Obeaux when the nine-year-old will make his seasonal debut.

That is a change of approach by Nicholls, who has previously given the ante-post favourite part-owned by Sir Alex Ferguson a warm-up run. 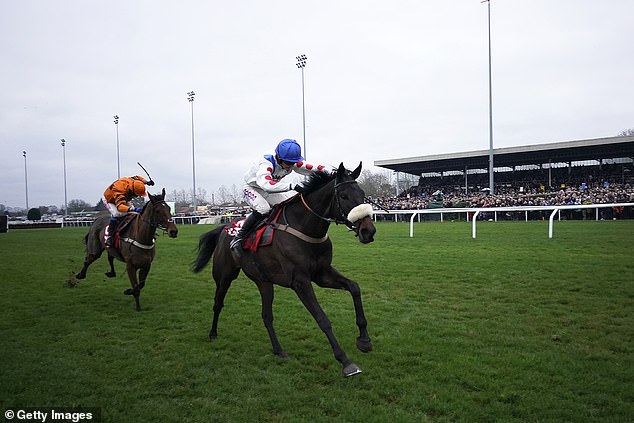 Cobden said: ‘He seems in as good a form as I have ever felt him going into a race. He has had two racecourse gallops. Paul has got plenty of work into him but trained him slightly differently.

‘He didn’t go to Haydock (for the Betfair Chase in November) so didn’t have a hard slog around there. There has been nothing that might take a toll on him or take him a while to recover from. He will go there fresh but with lots of work put into him.’

Choosing Cyrname over Clan Des Obeaux has cost Cobden a King George win but he says he has no regrets and does not dwell on those decisions.

‘I have probably got off more Grade One winners than I have actually ridden — it would be nice to make the right decision!’ said Cobden.

‘You don’t want to give yourself a headache thinking about it. That would drive you mad but it is frustrating for five minutes.

‘It is hard to get back on those good horses when someone else has won on them so it is good to be back on Clan Des Obeaux.’