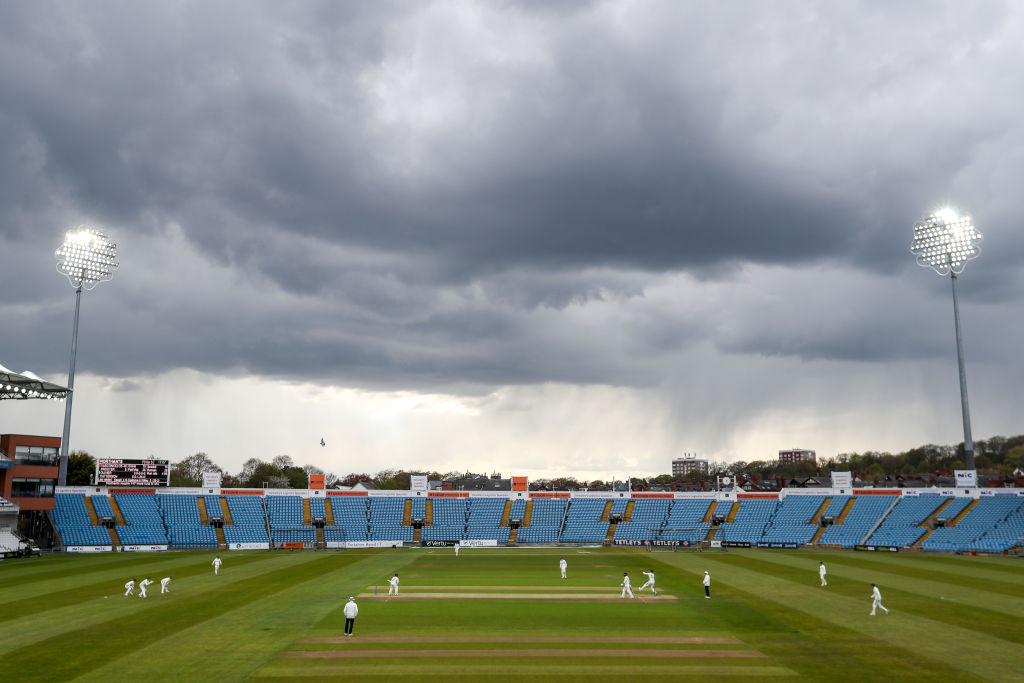 Yorkshire maintained their unbeaten start to the County Championship season with a dramatic one-run victory over Northamptonshire at Headingley.

Chasing 220 for victory, Northants slipped to 38-3 and 178-8 before Wayne Parnell (33) took the visitors to within one hit of the target.

But the South Africa, who took ten wickets in the match, edged Stephen Patterson to wicketkeeper Jonathan Tattersall as Yorkshire clinched a thrilling win to maintain the pressure on Group Three leaders and Roses rivals Lancashire.

Ben Raine produced one of the performances of the season so far to help Durham beat Group One leaders Warwickshire by an innings and 127 runs.

The 29-year-old claimed remarkable figures of 5/9 from 13 overs as Warwickshire were bowled out for 87 on day one (England star Mark Wood chipped in with three wickets), and there was no way back for the visitors after Alex Lees and Will Young both scored tons in Durham’s reply.

Derbyshire remain bottom of Group Three after they were beaten by 310 runs by Nottinghamshire.

Luke Fletcher took seven wickets in the match and England great Stuart Broad claimed six as Derbyshire were bowled out for 105 and 159.

Ben Slater’s second century in as many innings and 94 from in-form Haseeb Hameed saw Notts dominate throughout and record their first County Championship win since June 2018.

Elsewhere in Group One, England leading run-scorer Alastair Cook and Tom Westley scored hundreds for Essex in a high-scoring draw with Worcestershire.

Essex were on top throughout the contest at New Road – Daw Lawrence also made 90 as they surpassed 550 on days one and two – but Worcester secured a draw despite Simon Harmer and Sam Cook sharing eight wickets.

All three games in Group Two went to the final day, with Gloucestershire mounting a superb comeback and chasing 348 to beat Leicestershire by four wickets.

But Ian Cockbain’s century and 97 from Tom Lace led Gloucester’s stunning final-day chase and inflicted a third defeat of the season on bottom-placed Leicestershire.

Gloucestershire are 14 points ahead of second-placed Somerset, who beat Middlesex for a second time this season at Taunton.

The visitors made 357 in their first innings, largely thanks to 92 from Robbie White and 75 from Nick Gubbins, and were on top after Steven Finn’s five-fer helped bowl Somerset out for 268.

But Craig Overton then took five wickets to skittle Middlesex for 117 and Somerset produced a solid batting display to chase down 209 with four wickets remaining.

In the final Group Two clash, Surrey secured their first victory of the season after thrashing in-form Hampshire by an innings and 289 runs at the Oval.

Hants were bowled out for 92 on day one – Jordan Clarke took six wickets for the hosts – and then spent 143 overs in the field as Hashim Amla made 215 from 367 balls and England’s Ollie Pope scored his second ton of the summer.

Having to bat out two days to salvage a draw, Hampshire lasted just 60 overs as overseas signing Kemar Roach took 8-40 to help Surrey get their first win on the board.

While Yorkshire have hardly put a foot wrong this season and maintained their unbeaten run against Northamptonshire, they remain six points behind leaders Lancashire, who pulled off an impressive chase to beat Sussex.

Former England opener Keaton Jennings scored an unbeaten 91 and Alex Davies made 73 as Lancs chased 255 with five wickets to spare in Hove.

Sussex had a first-innings lead of 98 but were then bowled out for 154 as Lancashire’s Tom Bailey, Danny Lamb and Matthew Parkinson impressed with the ball.

Kent, who are still searching for their first win, were bowled out for 138 on day one and 74 on day two, with Michael Hogan taking seven wickets.

Follow Metro Sport across our social media channels. For more stories like this, check our sport page.