Cricket set for £500,000 windfall for sponsors on helmets

County cricketers set for £500,000 windfall for sponsors on helmets amid hope ECB could relax rules following late-season tribute to the NHS

County cricketers could be in for a windfall worth more than £500,000 annually after the ECB backed a late-season tribute to the NHS by relaxing sponsorship rules for helmets.

Sportsmail understands the special dispensation for logos to feature on helmets — allowing for a ‘Thank You NHS’ message to be displayed on its side panels — could be followed by an ECB regulation change which would see sponsors’ names appearing there in future.

Until now, only the manufacturers’ names on the back and club badge on the front have been permitted in English domestic cricket. 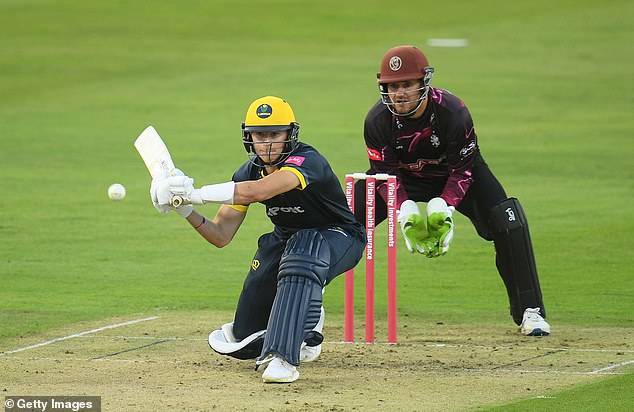 County cricketers could get a windfall worth more than £500,000 annually if the ECB relaxes sponsorship rules for helmets

It is forecast by player representatives that opening up commercial opportunities for advertising could be worth in excess of half a million pounds a year to a domestic game reeling from the effects of scheduling matches behind closed doors in a summer that has seen 20 per cent pay cuts for players and extensive furloughing of staff at the 18 first-class counties.

Various models for revenue sharing have been drawn up so that players, the Professional Cricketers’ Association and counties all benefit. 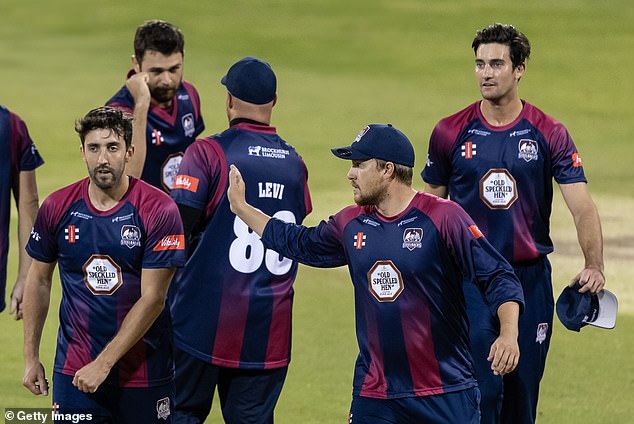 One idea being floated is for a single company to put its name to a uniform county cricket sponsorship — covering all competitions — that would fund future research into head and neck protection for players.

Another is for each of the 18 clubs to negotiate stand-alone deals with sponsors, with a proposed percentage income split between the PCA, the county and PCA Trust of 60-35-5.

In such a scenario, players would have their annual PCA membership paid and benefit from a quarter of the county share being forwarded into a player pool.

A regulation change would also open up sponsorship possibilities on the international scene at a time when FICA — the global players’ organisation — is lobbying for individual cricketers to be given the right to project personal endorsements anywhere on the back of bats. 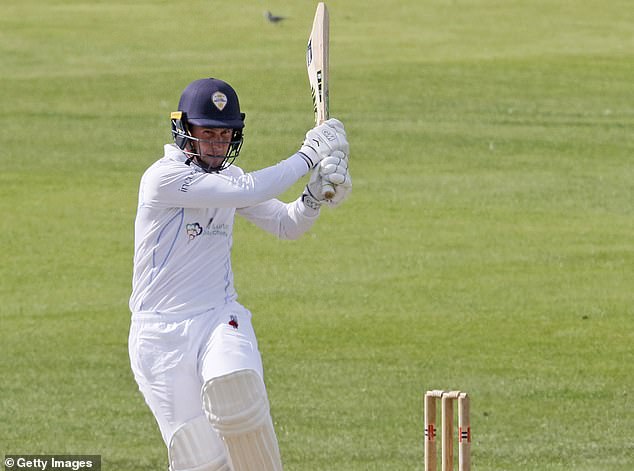 The NHS stickers, acknowledging the role of doctors, nurses and other medical practitioners during the coronavirus crisis, will be distributed to those involved in Twenty20 domestic cricket — and in the women’s game to those competing in the Rachael Heyhoe Flint Trophy — over the coming days.

The PCA, who were behind the initiative, had wanted the message of thanks to coincide with the start of the Blast last week but did not receive clearance from the health service in time.

It is anticipated that the NHS branding will be sported en masse from next week, all the way to finals day at Edgbaston on October 3.