Cycling teams’ sponsorship-based model could lead to their financial ruin as businesses struggle to deal with the economic impact of the Covid-19 pandemic, admitted Team Ineos’ general manager Dave Brailsford.

Businesses invest in cycling teams for broad television exposure but with elite racing events cancelled or postponed due to the coronavirus outbreak, sponsors could trim their budgets.

Ineos are backed by English billionaire Sir Jim Ratcliffe and are better prepared to withstand the blow of the financial crunch, but many others do not have the same luxury and could go under if sponsors decide to pull their funding.

“The very nature of the whole cycling model being 100% based on sponsorship means you are only really as strong as your sponsors’ business,” Brailsford ​told The Times. “A lot of businesses in general are going to suffer. So it is fragile.

“Teams to go under? I really hope not, my heart says that would be terrible. But logically you would have to think there are going to be some people here more vulnerable… if their sponsors’ businesses don’t start getting up and running again.

“Something’s going to have to give and they’re not going to give up their core business for a cycling team.”

With healthcare services struggling to curb the spread of the virus, Brailsford and Ratcliffe have developed an initiative for Ineos to deliver a million bottles of hand sanitiser a month to hospitals in France, Germany, Belgium and the United Kingdom for free.

Vans generally used for transporting bikes and accessories for four-time Tour de France winner Chris Froome and other Ineos riders have been carrying bottles of sanitisers to hospitals in regions worst affected by the outbreak, which has infected more than two million people and killed almost 145,000. 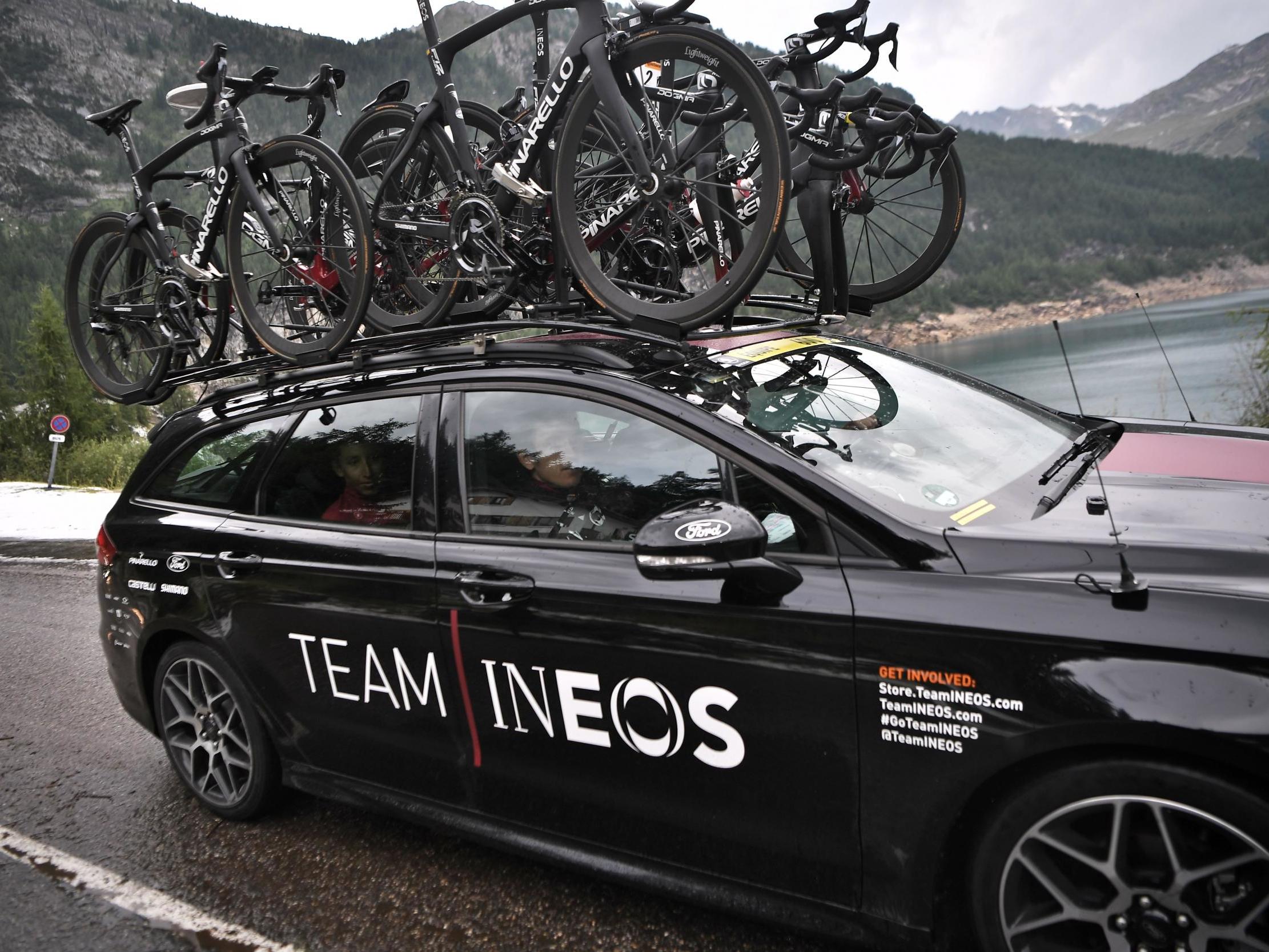 Brailsford had surgery for prostate cancer last year and said the experience enabled him to relate to the current crisis.

“The NHS and the doctors and nurses are the stars and everybody else is just watching them,” he said. “They’re getting all the accolades and rightly so.

“For a lot of people in sport, that is not a bad experience to go through, to recognise our place in society. I think a little bit of humility isn’t a bad thing.

“The world doesn’t need professional sport, it needs doctors and nurses. Nobody ever died from a lack of cycling.”