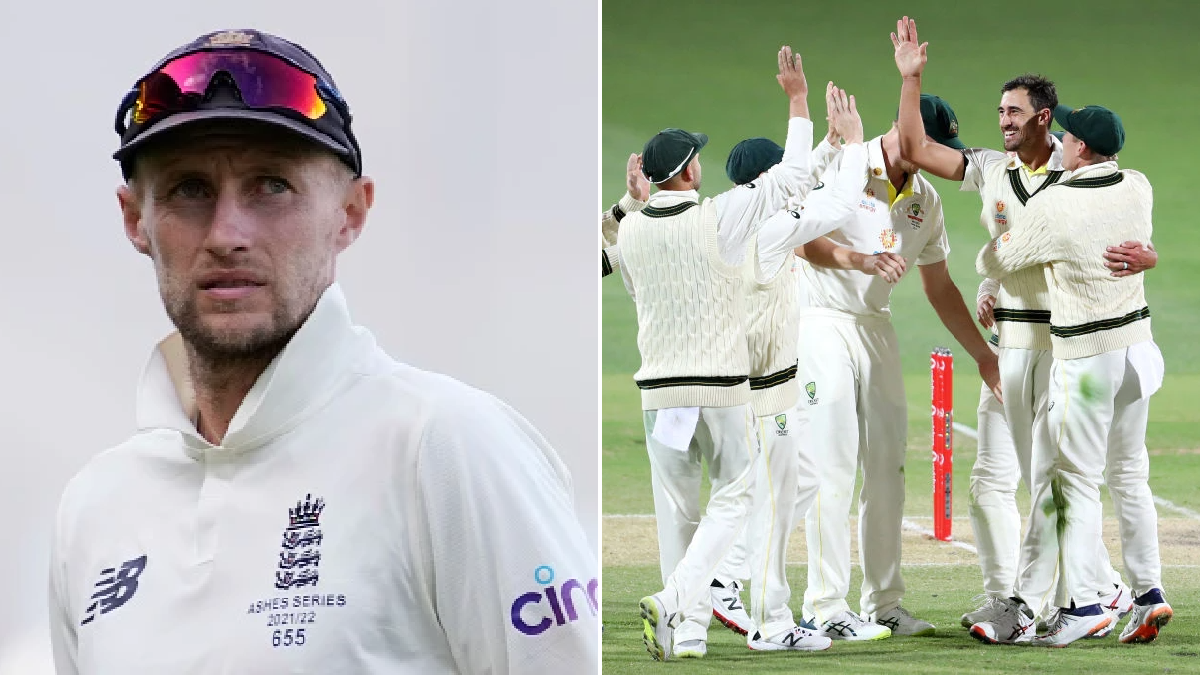 Unless the private reality is different from the public pronouncements made by their captain Joe Root, England’s cricketers are, to revive an old quote about them by former Aussie fast bowler, Jeff Thomson, ‘on a rollercoaster to the s***house’ — a place for ablution in Australia but not absolution.

Two down with three to go, England need to win all remaining Tests to regain the Ashes, a task theoretical at best given they have won none of their last 12 in Australia.

If that is the positive view ahead of the Boxing Day Test in Melbourne, the way these things normally pan out, as the recriminations and soul-searching mount, is that they will do well to avoid a whitewash.

Playing the Aussies on their home turf has always been tough. Realism is required which is why Root’s post-match claim that he doesn’t think Australia are much better than England in the conditions is an insult, even to the gullible.

Perhaps captains have to say things like that in public but the bald facts are England’s Brains’ Trust identified the pink-ball Test in Adelaide as their best opportunity to win, and tailored their entire strategy around it.

Those chances were further boosted when Australia lost captain Pat Cummins, and fast bowler Josh Hazlewood before the match. And yet defeat still occurred for England, by 275 runs, which makes one hate to think what might happen when the Brains’ Trust don’t see things so favourably.

So what went wrong? The simple answer is that England, for the umpteenth time, did not score enough runs in their first innings, 236 barely winning you a T20 game these days let alone a five-day Test.

Nothing new there. In fact it’s been happening for a while and but for Root’s extraordinary year with the bat, in which he has made 1,630 runs at 62.7, and the excellence of England’s bowlers, at least in home conditions, results over the past 18 months would have been a lot worse.

So far, the batting failings in Australia have been due to a lack of discipline and judgement, with the odd technical glitch thrown in.

Rory Burns has a lot of moving parts in his trigger movements but so too does Steve Smith, Australia’s acting captain in Adelaide.

The difference is Smith knows what bowling lines to play and which to leave, something Burns has yet to master though he looked more adept in the second innings in Adelaide.

This is crucial. Batsmen have to know where off-stump is and play only at those balls no more than a bat’s width outside it, at least until set.

If you can get a start in Australia, and maintain concentration thereafter, it offers the best batting conditions around as the Kookaburra ball does very little except for spinners like Nathan Lyon, who give the ball a rip.

But you need to be patient as Aussie bowlers are the personification of discipline, something Jos Buttler managed to be in his second innings where he sheathed his usual attacking instincts to graft a funereal 26 off 207 balls.

Some, Sir Alastair Cook among them, got very excited saying the knock, which ended when Buttler trod on his stumps, would be the making of him as a Test batsman.

Hopefully it will be as Buttler has a rare talent for ball-striking, yet they seem to be forgetting that had Alex Carey, his opposite number, not inexplicably waved through the straightforward edge Buttler gave off Mitchell Starc, the England keeper would have chalked up his second duck of the game.

As it is, instead of him carrying the drinks next week, everyone will be intrigued to see how ‘Blocker Buttler’ goes at the MCG, possibly promoted to No.6 in place of Ollie Pope with Jonny Bairstow, perhaps taking the wicketkeeper’s gloves off him, at seven.

Changes are usually what defeat brings in Ashes series, where the stakes are hyped to the max. But can England risk making any for the third Test given the replacements have had nothing but net practice to prepare them?

At least the ones in harness have been hardened by tough match cricket, though that can begin to take a mental toll which must be considered when picking teams to face a confident Australia.

This is where Root has to act on instinct rather than data, which can be difficult when you have become a slave to the latter.

You need players who relish the scrap not those who are cowed by it and no algorithm will tell you who that is in the midst of an Ashes series.

It was that lack of cricketing nous which also drove England to pick the wrong bowling attack for the second Test in a row.

Not that it would have made much difference given their lack of first-innings runs but Mark Wood had to play and possibly a spinner too. There will be another drop-in pitch at the MCG, and they can be bland, but that should not rule out Wood who can hurry and harry.

Where Root was right, in his post-match comments, was to identify that England’s pace bowlers did not pitch full enough.

But why didn’t he address it at the time? James Anderson and Stuart Broad are rightfully revered, but they are still the captain’s worker bees and there to do his bidding.

Watching England bowl on the first day, albeit from afar, it looked like a deliberate tactic to hit a hard length from the start and give as few runs away as possible.

It never happened for them (another flaw of relying on data from past events). Instead of hunting for wickets while the ball was new, something best achieved in Australia with a full length, they allowed home batsmen to become well established and post a first-innings total of 473.

That was always too many and England’s batting, predictably, crumbled under the pressure it wrought.