Noon Star has been ruled out of the Cazoo Oaks at Epsom because of a blood disorder.

Sir Michael Stoute’s charge had been as low as 10-1 for the fillies’ Classic after winning two of her four starts and finishing second in the Musidora Stakes at York last time out.

However, a setback means the daughter of Galileo, who is out of multiple Group One winner Midday, will not line up at Epsom on Friday.

A statement issued on behalf of Stoute read: “Noon Star will not now be running in the Cazoo Oaks on Friday, due to a blood disorder.”

Royal Ascot could be the next port of call for Noon Star, however, with the Group Two Ribblesdale Stakes on June 17 a possible target.

Owner Juddmonte tweeted: “Noon Star has had a temporary setback so will not run in the Oaks on Friday. All being well, she could head to the Ribblesdale Stakes at Royal Ascot.” 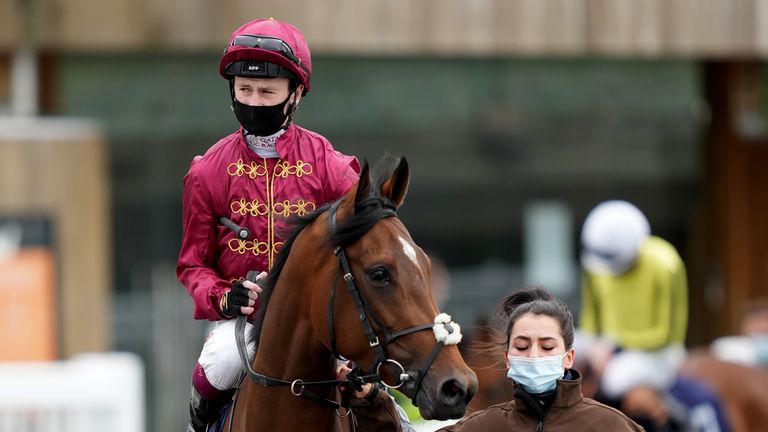 Hugo Palmer’s Ocean Road is poised to take her chance in Friday’s Classic.

The three-year-old daughter of Australia was last seen finishing third behind Sherbet Lemon in the Listed Lingfield Oaks Trial in early May.

The Qatar Racing-owned bay was hindered by a slow start on that occasion and has subsequently undertaken some stalls practice with big-race rider Oisin Murphy.

“We’re all systems go for Epsom on Friday,” Palmer said. “Oisin sat on her this morning and did a little bit of stalls work with her.

“She was too slowly away at Lingfield and ended up sitting last, it was all a bit of a mess on ground that was too soft for her.”