Fresh from a group 1 winning weekend with gun sprinter Mazu, the Peter and Paul Snowden and Sam Clipperton combination could well be in the winner’s stall again with promising filly Pierossa at Goulburn on Tuesday.

The Pierro filly produced an eye-catching debut second at Canterbury two weeks ago, charging home to be narrowly beaten by Amati in a 1200m fillies maiden. 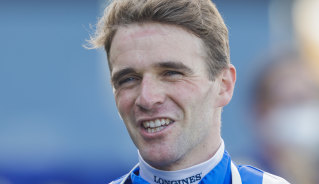 Punter’s Intelligence sectional data showed she clocked easily the race’s best last 200m of 12.60 in the heavy ground, so a slight step up in trip will suit her in the Cooper/McKenzie Bygone Beautys Plate (1300m).

Pierossa will be the only two-year-old in the race but what she lacks in experience she makes up for in potential and if she is as handy as she looks she’s every chance to win.

Tavi L’Amour faces an important task at her second run back from a spell in the Bulli Handicap (1600m) after she was beaten as a short-priced elect when resuming at Warwick Farm a month ago.

The John O’Shea-trained filly has shown plenty of potential but arrives at her fifth start and still to get on the board.

Her first-up effort had plenty of merit despite not being able to run down Chilko Lake. That horse has since won again and there was a big gap back to third in the 1400m event.

She’s bred to relish a mile and her two best performances have come on wet tracks, so the right set-up is there for her to open her winning account in a meeting transferred from Kembla Grange.

It’ll be interesting to see if the Mark Newnham-trained Boomsong can back up his impressive first-up win at Kembla two weeks ago and do it at 1200m in the Thirroul Handicap.

Jockey Tom Sherry took control of the race when Boomsong posted his maiden win over 1000m after nothing else wanted to lead and he cruised to a two-length win. Based on that performance he should have no trouble with the extra journey.

While it’s never easy to back up a maiden win in a Class 1, there’s every chance Sherry will be able to dictate again from a favourable draw.