England captain Heather Knight says the controversial decision to cancel the joint men’s and women’s tour of Pakistan was “taken out of our hands” but defended the England and Wales Cricket’s Board’s right to make the assessment.

Less than a week ago Knight had spoken enthusiastically about the prospect of leading the first ever England Women’s visit to the country, but the landscape has shifted dramatically in the ensuing days.

First New Zealand left Pakistan in a hurry after receiving what they termed a credible security threat to the team, then the ECB announced its withdrawal from next month’s parallel white-ball series in Rawalpindi.

That has drawn fierce criticism from Pakistan, who are convinced they can provide a safe experience for visiting teams, but while Knight insisted verdicts on the viability of a tour are not for players, or even captains, to resolve.

Speaking after her side’s three-wicket defeat to New Zealand at Leicester, she said: “We found yesterday that the board had made the decision for us not to go and it’s above our heads a little bit.

“I think the the conversation and the communication between the board and PCA (professional cricketers’ association) is a strong one, and it was a tricky situation with what had gone on with New Zealand.

I think taking it out of our hands is probably the right thing to do and, and that was done with a view to try and look after the players

“I think taking it out of our hands is probably the right thing to do and, and that was done with a view to try and look after the players.

“It’s for the people above us to make those decisions and for us to to get on with them and accept wherever they are.

“Hopefully, sometime in the future we’ll be able to go. I do think it is important for them, particularly in women’s cricket with what’s going on in the region.”

Knight had more pressing matters to consider too, having seen her side’s batting falter again at Grace Road.

England were bowled out while batting first for the third game in a row, this time for an under-strength 178, and would have been worse off were it not for Katherine Brunt’s defiant 49 not out from number nine. 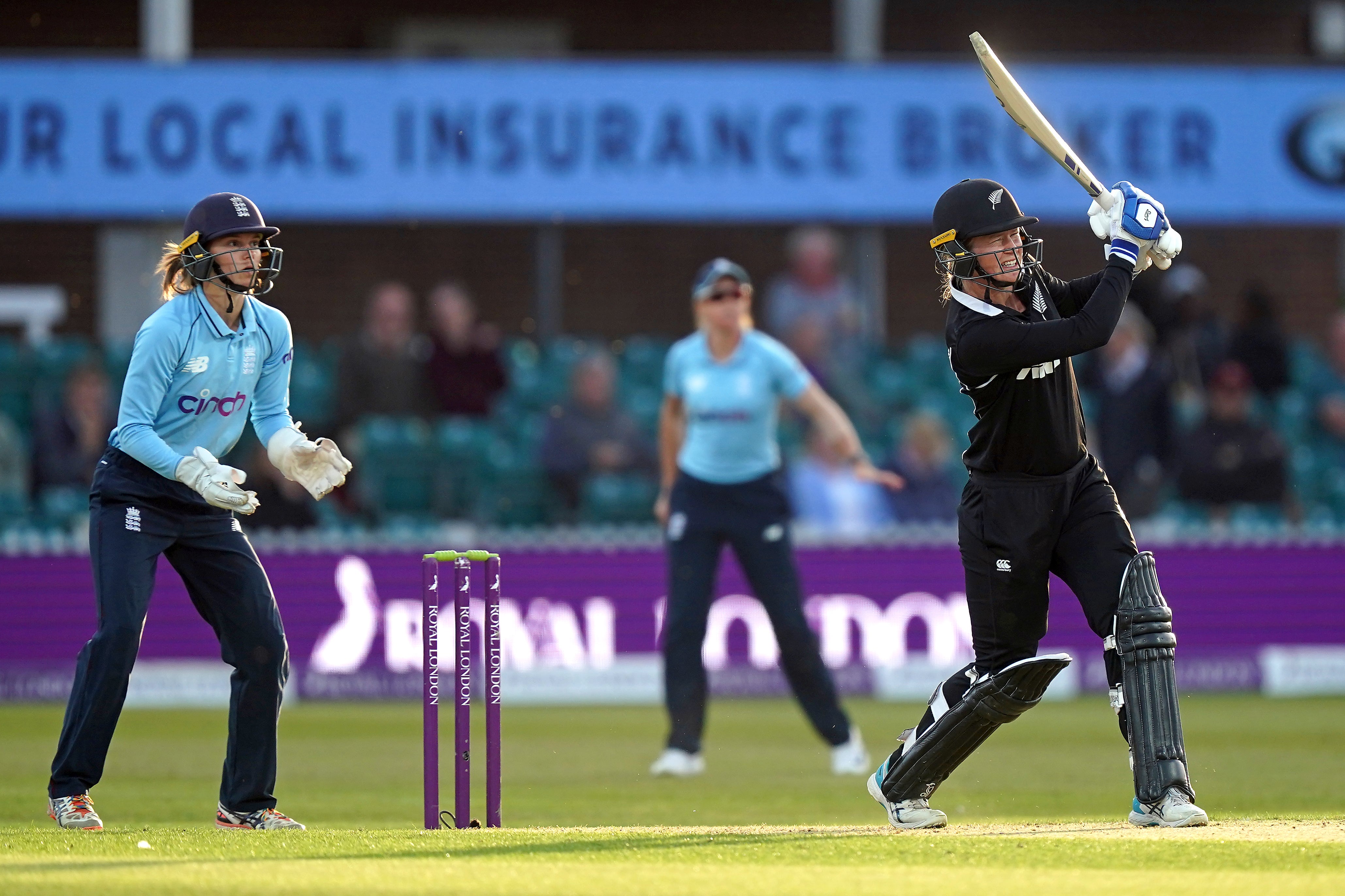 New Zealand chased it down for the loss of seven wickets thanks to Maddy Green’s assured 70 not out, with Brunt also claiming four for 22 in a losing cause.

“It wasn’t a game we deserve to win, win, to be honest, we were just short with the bat again,” said Knight.

“We showed real fight, which is a great quality to have in this team. But as a top order we’re pretty disappointed in that dressing room after not putting together a total.

“We know the talent we’ve got in that batting line-up but we’ve got to find a way to turn it around quite quickly as a group and take some responsibility for being the ones to make a score.”