It was at 11:27am on Thursday 9 September that the first public sign the fifth and final Test was under threat came through.

India were due for an optional training session in the afternoon. Given the short turnaround from Monday’s climax of the fourth Test, not many were expected to attend. But at 11:27am, the BCCI confirmed the session would not take place at all because the players and staff would have to stay in their hotel rooms at the Radisson in Manchester City centre.

In the hour before, news began to filter through that something was not quite right. On Wednesday, one of India’s physiotherapists, Yogesh Parmar, returned a positive Covid test. It was the second in a week after Ravi Shastri tested positive on Saturday evening, then his close contacts bowling coach Bharat Arun and fielding coach R Sridhar did too. Parmar’s proximity to the team was a concern given the nature of his work.

Thursday morning was also when ECB chief executive Tom Harrison was made aware of the anxiety levels within the Indian dressing room after this fourth positive. Senior players voiced concerns that they may be stuck in England if they contracted the virus. The squad of 20 players have been in the United Kingdom since June, residing in “covid managed” rather than “covid free” environments.

A degree of self-policing was required by the tourists. Players from both sides were told they were allowed to go out and about but were strongly advised against public indoor spaces. For the most part, India largely adhered to the loose restrictions. But Shastri’s positive off the back of attending a book launch with some players, including captain Virat Kohli, was a blip that has had a snowball effect on where things ended up on Friday.

As Thursday went on, the ECB offered various assurances to India’s cricketers to make them feel more comfortable. A round of PCR tests were administered with the results received in the evening. All players tested negative.

On the other side, England’s players had caught wind of the situation and were uncertain what to make of it. They understood India’s hesitancy having experienced the same themselves when in South Africa at the end of last year.

Though not subject to the same strict regulations as India, some appreciated that high vaccination rates and social spots reopening could excuse the odd lapse. Others who had witnessed some flaunting first-hand, were less forgiving. There was also the restart of 2021’s Indian Premier League’s restart in the United Arab Emirates from 19 September, four days after the last day of this Test, which many believed was a factor.

Nevertheless, as the home team went to bed, they did so with belief that they would wake up to the opening day of this final Test. Little did they know moves were being made to the contrary.

India decided to stick together. The reservations of the few were to be assumed by the many, especially high-profile players were among those wary of being trapped in the UK by Covid.

As first reported in the Daily Telegraph, the players signed a letter to their board informing them that they would not be playing. Once received, the BCCI informed the ECB of their decision to pull out of the fifth Test.

It was all systems go through the night, with Harrison working tirelessly to force a U-turn. But minds had already been made up.

At around 7am on what was supposed to be day one, England’s players were told there would be no play. At the time, there was talk of pushing the start back by two days. But just after 8:40, when the team usually leave for the ground, the ECB released a statement confirming the cancellation.

Lancashire chief executive Daniel Gidney was officially informed at around 8am. The club set about informing their ticket holder and hospitality guests, along with opening the concourse around the ground at 9am to ensure those already on their way to Emirates Old Trafford were not congregating outside the ground. Stalls were open, vendors on hand, even dhol players filling the air an hour after it was confirmed there was no reason to be here anymore.

The first three days were sold out – the ground holds 22,000 people – with 2,000 available for day four. The hit on Lancashire County Cricket Club’s will be seven figures – one they cannot wear without help from the ECB and other reworkings. As the morning wore on, the bars slashed their prices to £1 a pint to get rid of as much of their stock as possible.

By 10:30am, the BCCI released a statement with the new information that both boards are working to get the match rescheduled. India are back in England next summer for three ODIs and three T20is. Whenever it is rescheduled, the ECB confirmed it will be hosted in Manchester.

Behind the scenes, however, another battle was beginning.

The ECB’s original statement stated “India are unable to field a team and will instead forfeit the match”. However, within five minutes of being released, this line was deleted.

It emerged that the ECB and BCCI are at loggerheads over whether this counts as a forfeit of a straight cancellation and are looking to the ICC to ratify the dispute.

The terms of the World Test Championship state that Covid-19 is an acceptable non-compliance reason for a match not to take place. However the ECB context that this match could not have been called off for Covid reasons because all of India’s players tested negative on Thursday evening. England will contest any ruling in favour of a cancellation to the ICC’s dispute resolution committee.

Crucially – and no doubt the route of this dispute – is that the ECB’s insurance payments depend on how this match is classified. They are covered for the losses of around £40m if the match is ruled a forfeit. However, they are not covered for cancellation due to Covid-19.

It led to Harrison pushing a firm line later in the day that this was expressly not because of positive tests in the India camp. Rather, concerns over the mental well-being of the tourists. 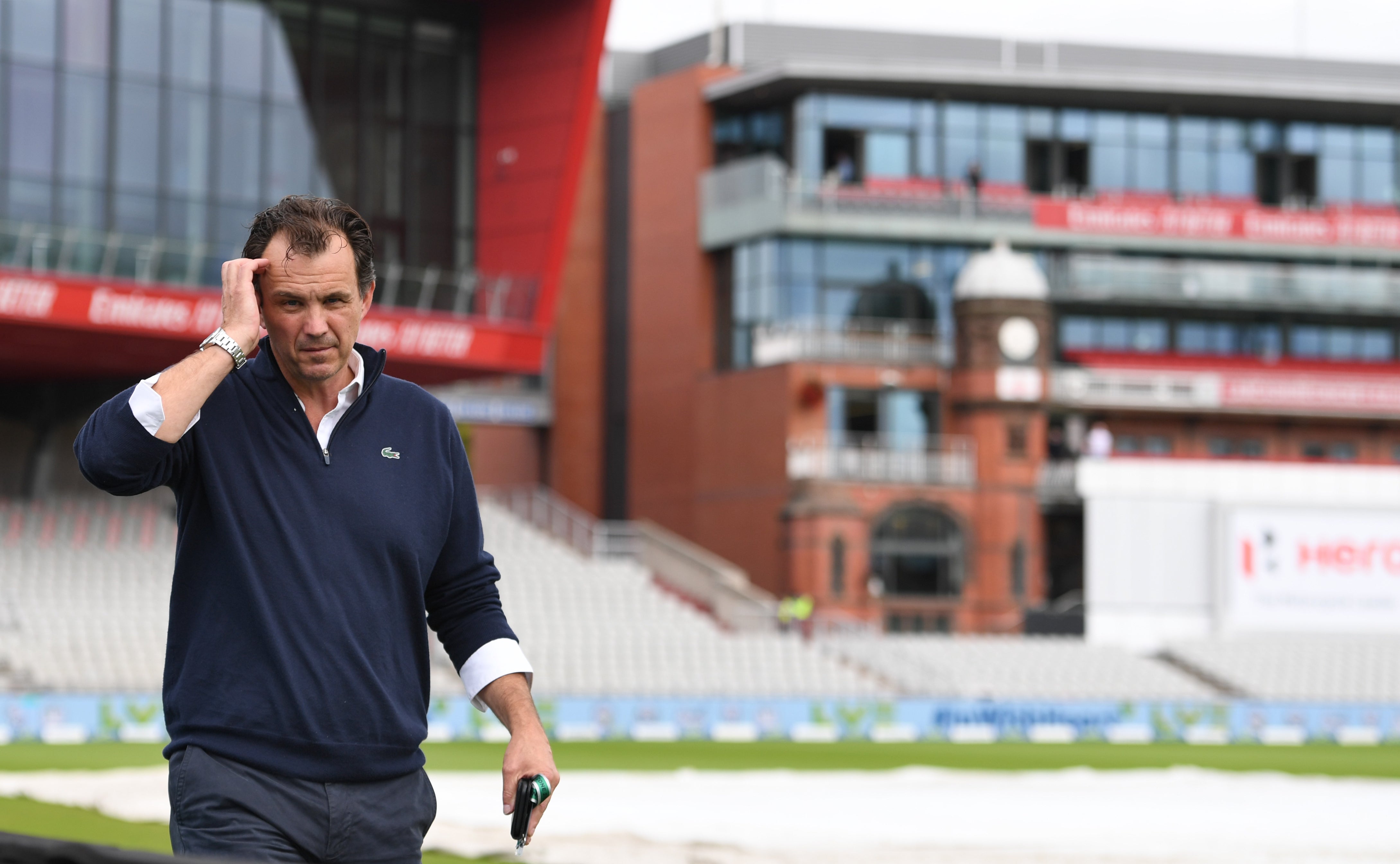 “This is not a Covid cancellation” he said. “This is a match cancelled because of serious concerns over the mental health and wellbeing of one of the teams. There is a difference, but it doesn’t make a difference in respect of a ticket buyers, they will be paid back in full. It makes a difference in terms of the ECB balance sheet.”

When asked whether he thought mental health concerns over Covid is not the same as a cancellation because of Covid, Harrison was unequivocal: “That’s my view”. Odd, then, that both BCCI and ECB statements mention “the outbreak of Covid-19” and “fears of a further increase in the number of Covid cases” in their respective statements.

Harrison was also keen to reiterate across his media engagements that he trusted this all had nothing to do with the IPL: “Let me be super clear, I don’t think the IPL has anything to do with this. This is not a situation which has been created by the rescheduled IPL, I fundamentally do not believe that for a second.” To many, however, the fact the BCCI put in a quiet request for the ECB to move or scrap this Test earlier this year when the dates for the IPL’s resumption had been set makes the events of Thursday and Friday too much of a coincidence.

That just about sums up where we are with this story. So much left to rumour and whispers. Agendas for right and wrong reasons. Rightful concerns for the mental wellbeing of players mixed in with unedifying accusations of cloak and dagger politicking. Both boards publicly cordial while privately locked in an administrative matter for the money rather than whether this series goes in the book as 2-1 or 2-2.

Within that lies the only certainty in this desperate affair. That a summer that was supposed to make up for 2020, and in which we have seen a great deal of high-quality cricket, ends in such a mess. A riveting Test series nipped in the bud. And just like that, the men’s international summer was done in the worst way imaginable.